Posted by Amber Pittman of Suburban Misfit Mom on January 27, 2016 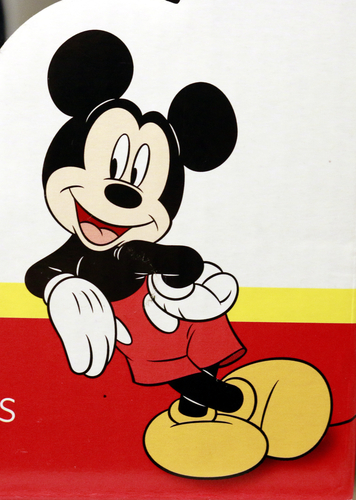 If you’re like me you grew up on Disney. I loved the princesses, I sang the songs, I watched the movies – hell, I even bought the soundtrack to Aladdin when I was around 14-years-old (don’t you judge me!). But as I got older I realized that not only did Disney give me totally unrealistic expectations of love, they also made it very obvious that these stories were created to basically make women act right (ie: how men wanted). But I call bullshit on that. While I am not boycotting Disney movies, I am advocating making sure we realize that those characters are just that: a figment of some lame dude’s imagination. And what’s worse, if a chick acted like that he probably wouldn’t want her in the first place.

The Myth: To Find Love You Have To Change Yourself

Want to get that cute guy interested? Better change everything about yourself, because you certainly are not up to par as you are. Make sure you dress exactly how he likes, and do your hair just right, and don’t ever think about showing him the real you. If it’s time to go swimming and your makeup is just right with some hardcore Kardashian contouring, you better fake some cramps. Because you are just not enough unless you are what you assume his version of perfect is.

The Truth: Any guy who is okay with you changing yourself completely for him is a total douche canoe, and not worth one second of your time. You want to change your hair – fine, but do it for you, not some guy. Chances are he won’t notice anyway. And if you are Kardashian contouring to the point he doesn’t know what your real face looks like, you need to calm it down. Even Kim K. has been photographed with a bare face and she looks spectacular. I’m sure the same goes for you. And full disclosure: I HAVE done some of these things in the hopes that a man would like me more. He didn’t. I wasn’t enough – even when I did my hair the way he liked. It sucks, but it happens, and all it means is that the dude wasn’t worth one more second of your time.

The Myth: Lying is Okay

This is true for both princes and princesses. You should lie about your station in life, about your royal bloodline, about your affinity for rodents (check the CDC list for all the things you can catch from little Gus-Gus, Cinderella, you wacky bitch), about what you do for a living. Basically anything is fair game.

The Truth: If you will lie about how much money you make or whether or not you’re really royal (talking to you, Aladdin) then you will lie about anything. And lying is never a good way to be in a relationship. First it starts with your dress size, then you’re saying you love camping when you know you could give two shits, then you’re lying about your rat love and bringing back the plague. Just tell the truth – it’s easier to remember the truth than all the random lies you tell.

The Myth: Hanging Out In Secluded Places With Strange Men is Totally Safe

Frolicking in the woods with a dude who just swiped right on your profile? Totally safe. Sleeping in the same house with seven midgets you don’t even know? Not weird at all. Going to a castle to hang out with a dude with dead eyes right after you lost your voice and can’t scream for help? I think I met someone like that on POF.

The Truth: This is how you end up being featured on murder TV, or being forced to wear a Russian hat and dance around in chains, or having some dude wear your feet. DO NOT meet strange men in private. Best case scenario you get robbed, worst case you end up a fucking cautionary tale or the witch those kids in Blair Witch are hunting for; and vengeful witch isn’t a good look for anyone.

The Myth: It’s Okay For A Strange Man To Kiss You Without Consent

We have all had the forced-upon-kiss by a creep – the one where you turn your cheek and cringe lest the creep touch your lips with his; but at least we were awake. Kissing chicks who have been roofied by poisonous apples is called sexual assault and it’s not cool. Who even does that? Disney princes with huge senses of entitlement, that’s who.

The Truth: There are made-for-TV movies about shit like this. They always start with the girl at the party who gets handed a spiked drink and end with dudes who seem perfectly nice getting all rapey in upstairs bedrooms. People don’t get to touch you randomly, and certainly not when you’re passed the fuck out. That’s why you have a squad – to keep the creepers away. And any guy who is okay with violating your space and your lips without consent will just end up in prison soon anyway, and you’ll be the chick on television saying you never suspected a thing.

Hello there! Do you know if they make any plugins to assist with SEO? I’m trying to get my blog to rank for some targeted keywords but I’m not seeing very good success. If you know of any please share. Thank you!