Posted by marisa of Suburban Misfit Mom on March 16, 2017 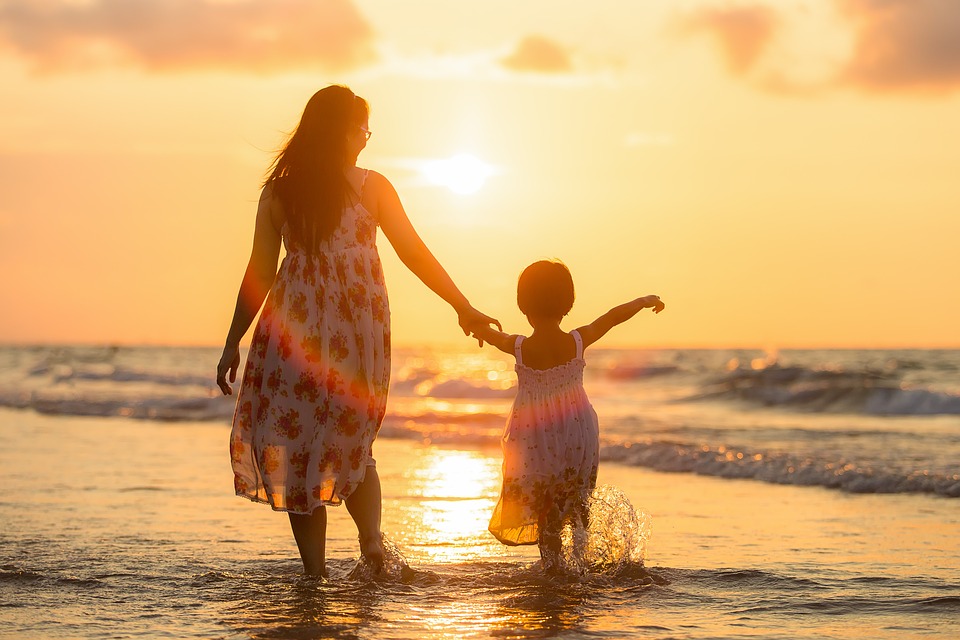 “No! I do it myself!” my daughter says in her most forceful voice when I hold out my hand to help her down the stairs. I bite my lip and back away, knowing that allowing her to grab the railing so that she may slowly make her way to the bottom will be much more productive than her throwing a tantrum. I hold my breath with each step she takes; ready to jump if I see even the slightest possibility of a fall. She’s two and a half, and desperate to accomplish small acts of independence. When we arrive at the car I open the back door and stand aside, knowing that she will want to climb into her car seat unaided. Once she’s in I’m finally allowed to step in to arrange the straps and snap the buckles into place. These days I make sure to allow an additional seven to ten minutes in order to allot time for Haven to do things on her own. It was only about eight months ago that I realized it was in everyone’s best interest that I change my departure and travel methods, something all parent’s must do as their children grow.

It took a couple disasters in order for me to realize what I was doing wrong. I’d leave the house my usual time, but in my focus to arrive at our destination on time, I’d failed to see that my daughter no longer wanted me to carry her, help her down the stairs, or assist her while getting into the car. Ignoring her protests resulted in a long string of screaming and crying that she refused to get over. Three separate times I arrived at our mommy and me music class, the grocery store, and even the playground with an upset child who wouldn’t forgive me for trying to help her, which made for an unhappy venture all around. I’ve been educated. My daughter wants to do things herself, and I learned that I need to allow her to do so. What did I think I was accomplishing? Do I really want a five year old who possibly won’t walk down the stairs on her own? Do I want her to feel she needs mommy for everything? I realized that she’s growing up, and though she’s only two, I need to learn to let go.

Letting go is harder than I thought it would be. It doesn’t matter how many times I’ve cursed the moments of carrying a small child along with three bags from Target up the stairs to the house all at once. It’s not about the fact that letting her do things on her own results in my sitting by with my fingers curling under in frustration as she tries to put on her socks for twenty minutes, or coming close to a heart attack when she tries to break from my iron grip in a parking lot. Both sides of the coin has its drawbacks, but the hardest part of letting go is knowing she doesn’t need me quite as much as she used to, and this is far from the end. While it may be a slight relief to no longer change diapers or dress my daughter for outings, I can’t help but feel sad knowing that it’s something I’ll never do again.

I’ve always been a very independent person. I pride myself on not needing anyone to do things for me because I can find a way of accomplishing them on my own. I never thought I’d feel any sort of loss when my own daughter began exhibiting signs of an independent nature, but parenthood can surprise in ways one would never imagine. I’ll never forget the first time my daughter didn’t eagerly sit on my lap as she usually does in music class, or how she didn’t come running into my arms after her ballet lesson when all the other ballerinas ran to their moms. I smiled through my sadness, because I didn’t want her to see that it hurt; didn’t want her to feel as though she’d done something wrong. It’s a special kind of grief when a mom realizes that the days of complete dependence are over, never to return. She’s growing up, and I must try to grow right along with her. It’s not that I don’t enjoy watching her grow. I love all the things we can do together now that she’s no longer a baby, but there are so many moments I’m going to miss as she will never be an infant again.

I start the bathtub and she bursts into the bathroom upon hearing the water running. I try to take her hand as she steps into the slippery tub but she slaps it away with a whine, not wanting my assistance. I stay close, worried she will slide and hit her head. When she’s done soaping herself, playing with her toys, and rinsing off she stands up so I can wrap the large towel around her. I wait for her to step out of the tub but she stands in place staring up at me. “Don’t you want to come out?” I say to her. She looks at me with her big blue eyes and says, “Mommy, like a baby,” and my heart is filled with joy. Whenever I’ve taken her out of the tub I wrap her in a towel the way I used to swaddle her as an infant, and cradle her like she’s still a tiny baby. It’s our little ritual, and I’m not going to be the one to break it. I’ll take these fleeting moments when I can. I lift up all her twenty eight pounds of adorableness and hold her close, touching my nose to hers in an Eskimo kiss. “You will always be my little baby,” I tell her, and she smiles.