“M” Is For The Many Ways She Meddled…

Posted by Carol Nissenbaum of Suburban Misfit Mom on May 4, 2016 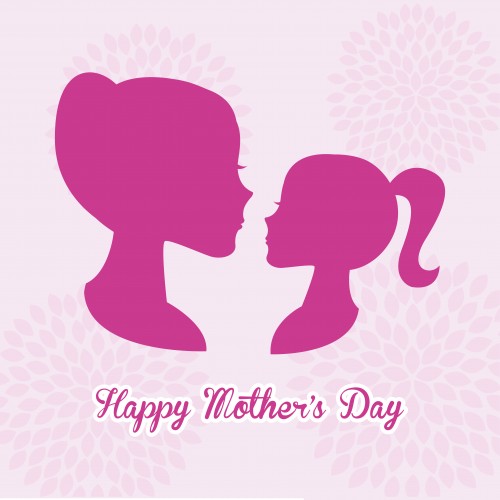 My mom proposed to me on a hot sunny August day. Yup, you read that right. It was the summer of 1984, I was 22. My boyfriend at the time, Marty, was working nights and hung out with me during the day. My mom wanted to go pick up her birthday present from my father, a new wedding ring. As she didn’t drive, we offered to take her to the jewelers. She was thrilled to go with us; she loved to ride shotgun in Marty’s sleek red Camaro. But no, apparently Mom had other things on her mind that afternoon.

Marty and I had been dating for six months. Our relationship still had that new car smell. My mom adored him and was plotting how to make him part of our family permanently. She used her subtle mothering skills. “Carol, your birthday is coming up.” (This six full months before my birthday.) “You’ve been dating for a while now. If you don’t get something significant for your birthday, I would advise you to move on.” Significant? Huh? She explained that meant an item of jewelry. Gold jewelry. Expensive gold jewelry, specifically a ring with a diamond, preferably bigger and brighter than the one she’d had for 30 years. Um…okay. I found that humorous considering how young I was. No pressure there.

Back to the ambush. Marty drove us to the jeweler, where my mother proceeded to pick up her new ring. We had almost made it safely to the door when it happened. “Hey Carol?” she said. “Come look at all the beautiful engagement rings!” This was a moment where I genuinely wished the floor would open up and swallow me. Or maybe her. At this point you’re probably thinking that all Marty left was skid marks, or that he might have thought we were in cahoots, but you would be wrong. We had never even discussed the future. But no, he gallantly said, “Let’s take a look.” And that is how my mom proposed to me.

Marty and I had met on a blind date arranged by our mutual best friend, Steve. Marty came along reluctantly, disappointed to have missed out on a ticket to Bill Bradley Retirement Night at Madison Square Garden. Dejected, he did Steve a big favor and went out with us that fateful night. There was a mutual attraction. We couldn’t get in to a movie (Broadway Danny Rose), couldn’t get in to a restaurant (Bennigan’s), and finally ended up at a Chinese restaurant in Flushing, where we watched wrestling and drank blackberry brandies. Much later that night, Marty and Steve dropped me off.  I tiptoed into the house and almost had a cow; my mom was waiting up on the couch in her pajamas for the interrogation. “So?” she asked. “Did he ask you out”? (Not, “did you have fun” or “what did you do?”) I squirmed. “Not exactly,” I mumbled. “What does that mean, not exactly?” “I don’t know, he said maybe we could play racquetball some time.” “Racquetball!” my mom scoffed. “Did he ask you for your number? Did he make a date with you?” “Um, no.” My mom then delivered the death blow: “Clearly he’s not interested. Move on.” (Do you detect a theme?)

Well, eventually he asked for my number, we played racquetball, and the rest is history. Thirty years, one mortgage, two kids and a dog later, it all worked out. Six months after the jewelry store incident, he came to my house with a dozen roses for my 23rd birthday and took me to a fancy French restaurant, where we officially became engaged. (He also tried to order filet mignon well done but that’s another story.) But I’ll never forget when my mom popped the question.

(I lost my beloved mom to Alzheimer’s in 2004. She was only 69. She is thought of with love and amusement every day, especially on Mother’s Day.)