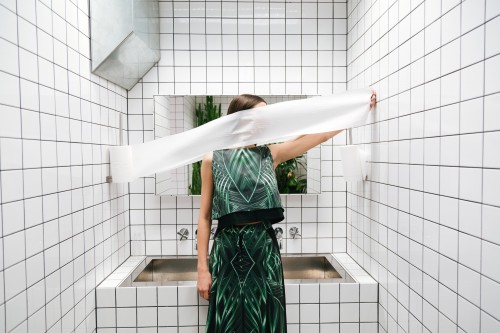 I have an irrational fear of toilets.

Mostly because when toilets act up, one of two things usually ends up happening: you open the lid and there’s NO water, or you flush and the water overflows. (I think I can attribute this to a scarring event early in my childhood.)

So you can imagine my utter excitement over the next chapter in my life as a mom to a toddler: potty training!

Unlike me, my son is fascinated with the toilet. He loves to run his hands over it (with zero regard for germs, mind you), lift and slam the lid, shove toilet paper in the bowl and – my favorite – flush, then flush, then flush again in rapid succession.Every time we’re in the bathroom together I’m convinced we’re five seconds away from the toilet overflowing and I start hyperventilating.

So the fact that I’m going to be spending so much time in the bathroom with my porcelain nemesis is rather unnerving.

And if I’m being honest, I’m a little nervous about this whole potty training thing. If I was given 3 wishes by a genie, I might very well use one of them to have my child magically potty training (the other two wishes would be for 1. Wine and 2. Cheese).

I’ve spoken with other moms. I’ve read blogs. A friend even gave me one of the most popular potty training book out there (and I even read it!). But I’m not convinced there’s just one “right way” for us out there.  I know I’m not perfect, and I tend to mother the way that works best for me. But when it comes to potty training, I want to do it right. Because Dr. Google more or less told me that if you force your child to use the potty, you will do all sorts of mental damage and they might end up going to college in diapers and living on a commune with an imaginary pet pig (or something like that).

The funny thing is, while we haven’t started to hardcore train him yet, my son will sporadically use the potty when he wants to. But then there are the moments when I’ll tell him: “It’s potty time!” to which he’ll get all excited and reply: “It’s party time???” And then I have to gently break it to him that he misunderstood, and that we’re going in the bathroom, not into the kitchen to entertain and graze on crackers, cheese and chips for the next 2 hours.

And I know my son. He’s interested because he wants to be, but the minute we decide we’re going to try to train him, he very well may decide that he doesn’t want to be trained, thank you very much. 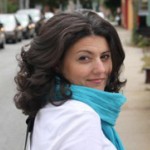