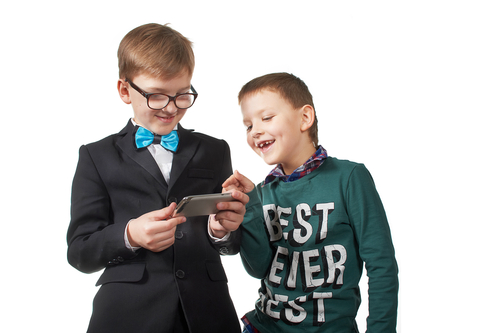 Returning to the workforce after serving as COO of my household for several years, I can’t help but notice the parallels between supervising employees and raising children. In fact, I regularly practice my best management techniques on my unsuspecting offspring and believe these tactics can be equally effective in the corporate arena.

Kids: When my daughter drops her brother’s toothbrush in the toilet, it’s called purposeful sabotage. Whether an unprovoked assault or a calculated response to ongoing, underhanded annoyances, this kind of dysfunction requires the immediate intervention of management. Both children subsequently suffer the wrath of an ogre-mommy who subjects them to torturously sitting face-to-face until they agree to a peace treaty. No one gets up until they make up.

Employees: At the office, resolve conflict between the conniving and the annoying by fostering communication between your employees. But don’t expect a panacea. They’ll still be conniving and annoying, just not around you.

Kids: So, one child is an inefficient bipedalist, and the other has an invisible, prehensile tail. Who gets to climb the tree? That said, I throw the first one in a pool, he grows a pair of gills and becomes Aquaman overnight.

Employees: Know your employees’ proclivities and skill sets. They’ll be happier doing what comes naturally. At the same time, challenge them to try new things and discover hidden talents. You never know when Bob in accounting will grow a pair (of gills.)

Kids: My son once broke his nose when he ran face-first into the 305-foot-tall Statue of Liberty. (Apparently, side effects of inefficient bipedalism include, but are not limited to, random episodes of vision impairment.) While an accommodating Japanese tourist frantically handed me Kleenex from her bedazzled Hello Kitty tissue dispenser, the Liberty Island park rangers (who surprisingly do not wear verdigris togas) offered to airlift us to a New Jersey hospital. In any event, panic was never an option; just ask my hyperventilating mother-in-law who witnessed the entire incident. After a private ferry ride to Manhattan and an uneventful trip to the pediatrician’s office, the day — and my son’s nose — were put straight.

Employees: Sometimes your employee’s lack of situational awareness will trigger a crisis that only you can resolve. With a clear head, quickly assess its severity and develop a measured response before your entire team finds itself stranded in Jersey with no sensible way home.

So, while you child-proof a presentation to prevent your account executive from bumping his head on a bullet point, know that the management of humans of any age is, well, human nature. Use common sense when creating common practices. That’s a parenting tip any corporate manager can use. 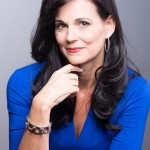