Mother Maleficent’s 21 ways to get back to sanity: Watering the lawn while drinking a can of beer, and other research-driven methods

Posted by Taylor Williams-Durant of Suburban Misfit Mom on April 11, 2016 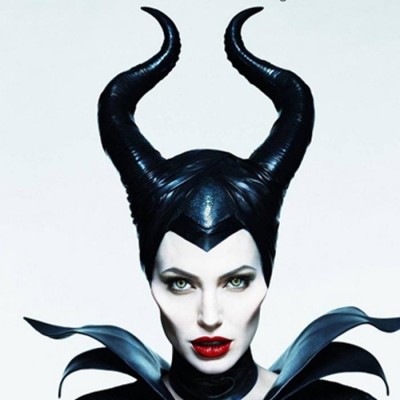 I just finished watering the bushes in our yard with a garden hose, holding a beer. I was wearing a sports bra and Umbros. Yep, I still have Umbros. I may have been muttering to myself and making overly-dramatic facial expressions, which only heightens the kind of woman I might have appeared to be. Furthermore, I just looked at myself in the bathroom mirror and I have mascara smeared under my eyes from sweaty bike ride earlier. So in hindsight, I am matching that if any neighbors were looking on, they may have easily been able to see me as ne’er do well mother and wife, pathetically doing yardwork. (Did I mention it was a can of Miller High Life?)

Friends, let me defend myself. I just put both of my kids down for a nap after I had to essentially call a truce in our kitchen. Wave the white flag. Turn the pirate ship around. I had (clearly unsuccessfully) tried once before to put the kids down for naps to finally have some time by myself, but things went south really fast. In a huge effort (yet again) to convince my in-tears and building-in-drama three year old daughter that Maleficent is not real, she was trying to convince me that I just don’t know about Maleficent because she (the witch herself) “is tiny.” This was a surprisingly hard one to defend. While we were debating this topic, my wild and woolly 15-month-old son somehow quickly got a hold of my rare piece of pizza that I was planning on treating myself to and threw it in the trashcan, and then he pulled my wineglass to the ground, shattering it everywhere. (So yes: hence the Miller High life; and yes, I was having a drink at home circa nap time, which is the afternoon. It’s Saturday, people!) I had had enough!

“NAPTIME EVERYBODY! It is nap tiiiime! N-A-P-T-I…you people don’t even spell!” I have to pat myself on my sunburned back (please refer back to watering bushes in bra) for calming myself down and getting them down for their naps. But good grief, these moments can really build so much weird energy as a mother. They wear me out, disappoint me, and points to areas of growth all at the same time. Can I get an Amen??

Before I wax too poetic or get up in the pulpit, let’s bring it back to the fact that I was scantily (albeit un-becomingly) clad in my yard with a standard green garden hose and a can of beer and my hair in a Scunci. But you know what I realized? It felt really good. It felt so good to be on my own, just like I wanted to be when I was putting them down for the nap. Here I was, enjoying a beverage that I happen to like, in communion with nature, taking care of something I care about – part of our home – and actually getting some time to relax and think without any noise except the birds and the buzzing of bugs in the orange blossoms nearby. So! All I want to do here is a lay out a list of surprising things that often bring me back to my center and make me feel refreshed when I am losing my cool and turning into a Maleficent Mother.*