Posted by Stradivarian Me of Suburban Misfit Mom on September 3, 2016 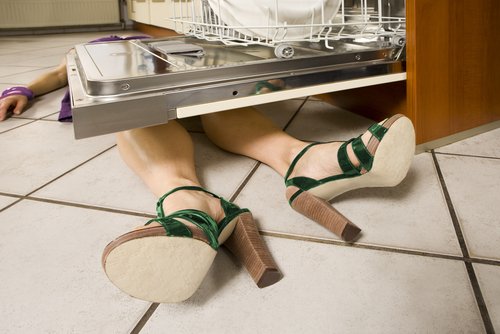 I’ve already begun planning my own funeral. Sounds morbid, I know. But my friends and family understand that this exercise is just a lucid reflection of my insufferable practicality and sick sense of humor.

I’ve written a couple of eulogies with the express concern of speaking truthfully about the deceased – incorporating who they were when they were alive without sugar-coating their deficiencies as human beings. Fortunately for me, my dear aunt and my gem of a father lived virtuous lives that were easy to flatter honestly. Whoever has to write some final thoughts for my memorial service will have a considerably tougher job to do. So much so that I thought I should just write that shit myself.

I’ve covered some other funeral and burial basics with my kids, as well: cremate my remains and then do whatever you want with the ashes afterwards. Throw them in the sea, fertilize your garden, toss them into the air on a mountaintop, or just stuff me in the back of a closet. I really don’t care. Those granular, pumice-like stones would be the remnants of an empty shell, and a decaying, interred body encapsulated in a fancy mahogany box for all eternity would be just as vacuous. It just wouldn’t be “me” – literally or figuratively.

I have a friend who directed her husband, an avid angler, to toss her remains into the Atlantic Ocean near his favorite fishing spot. He did as instructed, only to receive a call from the Ft. Lauderdale Police Department a few months later. The officer told him that his wife’s remains had washed up on shore. Apparently, the distraught widower didn’t realize he was supposed to take her ashes out of the urn before tossing her overboard. No wonder I’m so paranoid about leaving specific instructions regarding the logistical implications of my inescapable mortality.

Despite my flippant personal views regarding the disposal of my remains, I would like a permanent stone marker with a meaningful epithet — and none of this “Beloved Mother, Daughter, Sister, Friend” bullshit.

Before my father’s passing, I used to go to cemeteries and see headstones. Now, I see the commemorations of lives lived, but sadly there’s nothing to distinguish one from the other…besides economic status, I suppose. If the dearly departed have living survivors who reside nearby, you can see flowers or stones left behind that demonstrate how loved they were/are, but that will only last a generation or two.

Mine, however, will say something like “This Bitch Was Fun!” Passersby in perpetuity would know something about my personality and my mark on the world. I’ve even considered having a glory hole bored into the damn thing, but I’m not sure my kids would follow through on the request.

I might have to bequeath an industrial drill to my girlfriends in order to get the job done.   I can picture them sneaking into the grave yard with power tools, measuring tapes and flashlights in hand, but just as they begin to determine an ideal circumference for the girth of future visitors, their laughter betrays their stealth, and they run away giggling like school girls, hurdling the generic headstones of my rigid neighbors.

So, planning my funeral is not a depressing exercise at all – particularly because I honestly hope the fateful day takes a long, long while to get here. For me, it’s more like preparing for an inevitable surprise party where hopefully all the people I love most in the world will come together, remember how we laughed together through good times and bad, and conclude that this bitch was fun, indeed.