Posted by Michael Badger of Suburban Misfit Mom on February 10, 2016 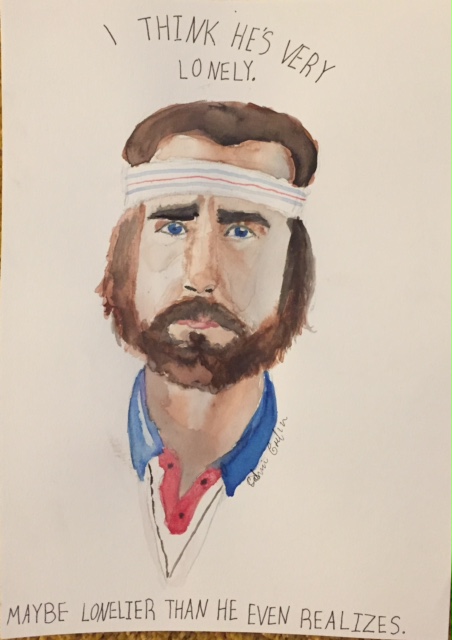 One thing pop-culture has gotten right is that no one just decides to become a Stay-At-Home Dad; you just sort of fall into it. I think most people are under the impression that men become stay at home dads because they’ve lost their jobs, which according to NPR (2013) is mostly true. At first no one wants to admit they are a stay at home dad. They’ll say things like, “I’m at home with the kids while I’m in between jobs”. Admittedly in the beginning I might have said that too. My foray into the stay at home gig started when I needed a do-over. The plan was just to do it for a short time while I finished my degree and figured out my next step. Well graduation came and went and that short time quickly turned into 5-years. And now, although I’ve taught myself to bake bread—my wife is the breadwinner.

Like my sisters in arms, the Stay-At-Home Moms, many notions and opinions have been placed on what we stay “at homes” should and shouldn’t be. There are many people who believe if you’re home all day your house should be spotless. How often does this happen? Well for me, not very often. Though I do love a clean house, toothpaste splatter stays a little too long on the mirrors, laundry may go a day or two before being folded, mail may pile up and dust bunnies might begin to take life under the beds.

I’m sure many of you can attest to this…As a Stay-At-Home Dad, I sometimes feel like I don’t get the respect that my job deserves. My Facebook status stayed blank under Occupation for at least the first 2-years I was at home for a reason; it’s not really considered a career to most people. Even some stay-at-home moms tend to look at me as if to say, “Oh those poor girls,” when I tell them what I do. When I tell other dads what I do for a living I think it baffles them. Mostly they say the same thing, “Wish I had that cushy gig.” I’m quite sure they picture me sitting home all day; my Peggy Bundy beehive nestled against a comfy couch cushion as I pop Bon-Bons into my mouth. What they don’t realize by so flippantly regarding my work as “cushy” is that my wife and I have made several sacrifices to have a parent at home with our children. I wont be buying that new Chevy 2500 with the Allison transmission this year, or even next year. And what about that man-cave with the 55” flat screen and mini bar? Oh, you mean the playroom.

Unfortunately that’s not the only thing you give up when you’re a Stay-At-Home. You give up some of your autonomy, showers that last more than 5-minutes and even some relationships. Being at home all day can be lonely. Feelings of isolation begin to creep in soon after being home full-time. My 4-year-old can only be counted on for so much riveting conversation before it inevitably turns to talking about poop. There are days when I’m overwhelmed and I become completely useless. I’ll end up spending most of the day watching Daniel Tiger with my 4-year-old instead of changing the bedding.

To fight this loneliness I make conversation at ballet with moms that want to talk about chin hair, pregnancy gas and sore nipples.  Also, I probably text my wife 50 times a day; hey what time are you coming home? What do you want for dinner? What happened to Eddie on Kikn’ It? Am I going crazy like Jack Nicholson in The Shining? Fiona had a poop bigger than a soup can today, wanna see?

Then there’s the feeling that your job as a stay-at-home is pointless. There are days when I’m making lunch and suddenly feel like I’m losing precious minutes that I could be using to focus on my career. But isn’t what I’m doing a career? I mean, I may not have signed up for this job but it’s not like I don’t enjoy it. In fact there are more days than not that I love being at home. Looking back on my experiences I’ve realized that I wouldn’t trade a minute of them. Except for maybe the great diarrhea and vomiting fest of 2011. Oh and the full bottle of apple juice that was poured into the heater vent back in 13’.

So now when people ask I answer, No I’m not in between jobs, I’m a stay-at-home dad. I get to be there for the important stuff. I watched both of my daughters’ first steps. I taught them to write their name. I heard Fiona drop her first f-bomb at story time. I work in my 8-year-old’s classroom and volunteer to help out at their parties. In short I am gifted with getting to watch my daughters grow up. Not just the milestones…I get to experience all the subtle nuances of growing up. I get to witness their personalities take shape. I know their likes and dislikes. I know who prefers ponytails and who prefers a headband. In short, I know my girls.

I’ve jumped out of helicopters and donated half of my liver, but this is the definitely the most bizarre and sometimes scary part of my life. Seriously, have you ever spoken at a PTA meeting? It’s terrifying. I’ve made some mistakes and I’ve had some victories and through it all I’ve kept a straight face; even when the four-year-old dropped an f-bomb at story-time. Long hours, feelings of isolation, Elmo’s song on continuous loop, and ultimately having to give in and make all sandwiches crust free—these may seem mundane to some and pointless to others, but to me these things are worthwhile. They are worth every minute.