Posted by Melissa Jacobowitz of Suburban Misfit Mom on August 1, 2016 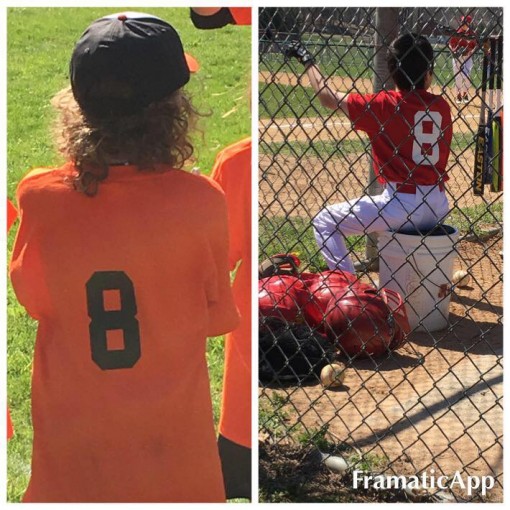 Both of my children sort of look like me, which I can see – but oddly enough, I don’t think they look anything alike. My son is on the short side for his age, my daughter is on the tall side for her age.  My son has dark brown pin straight hair. My daughter has amazing blonde curly hair.   My son’s eyes are sort of hazel/light brown.  My daughter has blue eyes.

They have differences well beyond the physical aspects.  In school, she prefers English, while he prefers math.  She likes art. He likes music.  She comes off as quiet. He does not. She’s organized. He is not.  He is very black and white. She – well, she is a girl so – much less so.  Sometimes they seem so different from each another that I question if they have the same parents!

Siblings nonetheless!  My son is 11 and my daughter is 8.  They are 3 years apart in age; but 4 years in school (damn cutoff! damn extra year of preschool!)  The older brother/young sister dynamic.  What is that all about?  As I have a younger sister (Hi Julie!), the brother/sister dynamic was pretty foreign to me.  I’ve always pictured the older brother/younger sister relationship to be like it is on TV.  Like Richie/Joanie on Happy Days; Ross/Monica on Friends; Bart/Lisa on the Simpsons: Oh and in case anyone who watches TV in the year 2016 is reading this, I’ll throw in Oliver/Thea Queen from Arrow.  She’ll have a crush on his friends. He’ll take her under his wing.  She will look up to him.  He will look after her.  She’ll ask him for advice.  They’ll bicker, battle and fight, but it’s all love in the end.  One second they may be arguing like presidential candidates  – and the next minute they are each other’s biggest supporters (not dissimilar to presidential candidates.)

So my two.  I can certainly see that “big bro/little sis” relationship developing:

My Son as the Big Bro:

My Daughter as the Little Sis:

I’ve found that they do have many of the same interests, including a common love for video games and computer games.  If/when one makes an achievement they’ve been trying so hard for, who do you think is the first person they call for? Each other.  Often you can find them playing together, hanging out and making each other laugh.  Unless they are trying to fool me, it does appear that they enjoy one another’s company.  Shh….don’t tell anyone, but I THINK they like each other.

We have not quite reached those all-important, emotional, and terrifying teenage years – all I can hope is that they continue to love and support each other – even if it is all under the radar.  Go ahead – drive each other loony, but always adore one another.  Go ahead – bicker, but always wind up on the same team.  Honesty they don’t even fight too often – if can keep their arguments as minor as disagreeing who sits next to whom in a restaurant or who wants what on their pizza, I think we can call this sibling thing a success.

I realize that they are still young and their relationship is still developing, but from what I’ve observed so far, I’m going out on a limb to say “so far, so good.” And what an amazing view I have!  And I hope that my husband and I can continue to encourage it.  What little sister doesn’t want an older brother as her protector?  My girl has that!  And what older sibling doesn’t want a younger sibling to think he/she is the greatest thing since sliced bread?  My boy has that!

I’ll close with this message to them:  I don’t think I realized how special the sibling relationship was until I had children of my own.  As you get older, I hope you stay close.  Life will take you in different directions, but I hope you are the best of friends forever and ever.   Please take care of each other.  Be there to support each other.  Rely on each other as one of the few constants in your lives.  Be more than siblings – BE EACH OTHER’S LIFELINES ALWAYS.  You are the only 2 people in this whole wide world who are made up of the very same things on the inside.  You, My Dears, ARE the best parts of me and your dad.