Posted by Melissa Jacobowitz of Suburban Misfit Mom on May 3, 2016 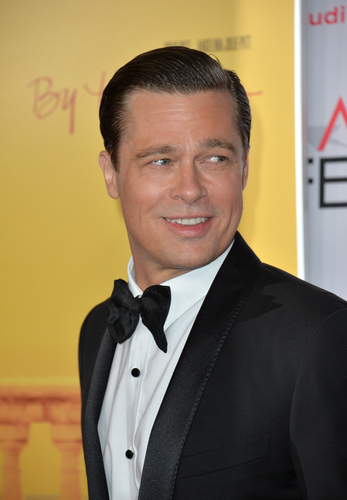 I haven’t “liked” too many boys in my life.   Part of this is because I’ve been with my husband for a gazillion years, but looking back I may have been a little picky when it came to the opposite sex.   So in my opinion, if you were one of the chosen few, be flattered!  You had that little extra something that caught my eye.  This isn’t to say that I haven’t thought plenty of boys were cool, cute or interesting, but I was never easily swayed into true “like.”

For those who aren’t familiar, the television show “Friends” made the freebie list a part of pop culture.  A freebie list is a list of celebrities who, should the opportunity arise, one is allowed to sleep with without it being considered as cheating by your significant other. (Remind me to tell my husband this, ok?)

So if you see any of these boys, please feel free to send them my way:

He is a newbie for me.  He’s been around for a long time, but just recently joined my freebie list. Seriously, where have I been? All of a sudden I think he’s the coolest.  Placing Mark on my list is actually stealing a freebie off of one of my friend’s list – a good friend with who I haven’t been in competition with for a boy since we were 14.  But we may have to have it out over Mark.  As a matter of fact, she won the first battle by a landslide, so I’m comfortable saying that it’s my turn. His sad Bruce Banner look in the Avengers?  Melting!  And his humanitarian side is appealing as anything.

Now, let me just say, this would be the 1980’s James Spader.  I remember seeing him for the first time in a TV show in 1983.  I was 13 and decided that he was my destiny.  His character was a bit of a rebel bad boy, from what I remember.  Quite possibly, he could have been the first person that I thought was sexy.  After that TV show, which I think lasted like 6 whole episodes, I kept looking for him.   I finally saw him again a few years later in Pretty in Pink, Mannequin and Less Than Zero.  Not a fan of the characters he played in those movies, but a least I got to view him on the big screen.  Although, he popped up here and there over the next few years, we really reconnected in Secretary (wow.)   Then I heard he was going to be on TV!  Much to my chagrin, by the time he appeared on The Practice and Boston Legal, that sexy swagger was sadly gone.   But if I had a chance with 1980’s James Spader?  Nice.

Yes, I know that I am not his type.  I probably knew all along that he would never be interested in me, but I love my George.  I have friends that think of me whenever they hear one of his songs.  His music is synonymous with my high school and college years and he has a rightful place in my heart and on my list.  He just has to. There’s more to a relationship than just the physical aspect of sex, right?  Right?

Well, I have to include at least one Jew, albeit non-practicing, and at least one younger guy.  Adam covers both categories.  As a fellow Pisces, we can completely relate to each other with all the silly traits of our shared astrological sign.   I’ve never been much of a tattoo girl, but can certainly let him slide.  Interestingly enough, he may have converted me just a bit because I no longer think the tattoo is unsexy.   Adam also has ADHD and raises awareness for the condition, which a cause near and dear to my heart.   I thought he was cutie early on and it’s a little bit of a bummer that he’s become SO mainstream, but there is NOTHING sexier than a man singing and playing an instrument.

This fellow native New Yorker can do no wrong in my eyes.  I’m not excusing his years of substance abuse, which luckily he survived, but I’ve adored him since first sight.  Speaking of New York, my first recollection of RDJ was when he was on Saturday Night Live.  I may be one of the few who actually remembers this (and I don’t even think I was supposed to be watching SNL at that age!)  A few late 80s/early 90s films, Only You, Heart and Souls, and Chances Are had me hooked forever.  My husband is a superhero junkie and I needed no coaxing to see Iron Man and all the Avenger movies – although very little attention was paid to the plot.   Oh, and I may or may not have asked my husband to grow a goatee/beard thing to try to have a look similar to RDJ. And maybe it’s because I’m getting older, but isn’t he simply getting hotter as he ages? Sarcasm, humor, talent and a survivor.  And did I mention hot?

A few honorable mentions, including Hugh Jackman, Denis Leary, Seth Meyer, and probably a baseball player or two.  Oh and a couple of cuties from the TV show Grimm.  I’ll keep these guys on the back burner in case there is a need to swap someone out.  So unlike Ross from Friends, I’m not laminating, cause you never know. But one thing is for sure….RDJ is here to stay.