Posted by Keira Robilotto of Suburban Misfit Mom on May 25, 2016 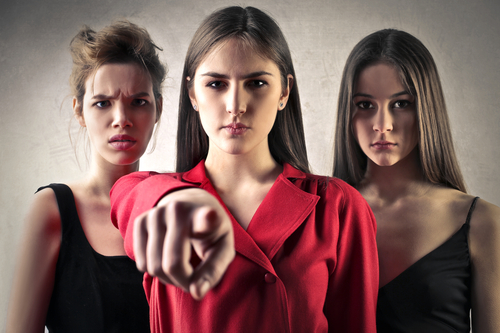 I’ve always been a social butterfly.  As far back as I can remember, I had a planner.  Often neglecting to write in the tests and quizzes of high school, I loved the sight of an exciting event written in perfect script on any given day.  Moving to the ‘burbs and becoming a mom happened almost simultaneously; a whirlwind of leaving the concrete jungle for the shelter of trees as my belly grew.  I was expecting some differences and some adjustment.  I was not expecting to find myself back in high school.  Actually, I wasn’t back in high school, because my high school celebrated differences and tolerance, whereas the mothers around my town, did not.

As I walked into my first “baby and me” yoga class, I was excited to find new moms to chat with, ones who would understand my obsession with yoga and my lack of energy to attend a class as a new mother.  What I found was a bunch of snarky, competitive women, who glared as I took out my bottle of formula.  Instantly, I was deemed an outcast because of my lack of ability to breastfeed.  Whoops!  Didn’t realize there was a requirement for this whole mommy thing.  As I drove home, I had talked myself into believing I had just come across a bunch of breastfeeding Nazis and that for sure my other experiences would be different.  I mean, we were all moms, weren’t we?  Apparently not.

The next group off women I met belonged to a hospital breastfeeding group.  I called in advance to make sure that I wouldn’t be kicked out once I took out my bottle of poison (I mean, formula) and the nurse who ran it assured me that it was open to all women.  She assured me that it was a safe place for women to discuss and share their experiences as new mothers.  The first meeting gave me hope that there were some moms out there who didn’t have contempt for me because of my feeding choices, which was a relief.  However, after a few meetings, I recognized the division of the social classes.  Moms who were residents of particular neighborhoods would refuse contact with moms from other neighborhoods because of obvious social class differences.  Um, WHAT?  I kept talking myself into believing that this couldn’t be true.  How could anyone simply discount another’s presence because of the neighborhood in which they live?  Welcome to Fairfield County.  Forced to remain with those in my own neighborhood wasn’t awful, but confusing.  A native New Yorker like myself had always had friends from all over the city.  Our neighborhoods may have defined how we dressed, what we ate, or even what type of music we listened to, but it never dictated the friends we could have.  Our wealth, or lack of it, mattered as much as the color of our skin, not at all.  Apparently, I had been living in some fantasy land.

At long last, I found some women in my neighborhood who weren’t breastfeeding Nazis and liked to get together to talk about new mommy challenges.  I thought I had found my group, my tribe, my new friends in this mommy journey.  Unfortunately, I found myself trying to navigate the very complex task of mommy friendships.  Hey, I just wanted to host some play dates!  The constant banter of who was invited to a play date and who wasn’t, who was giving their kid M&M’s and who wasn’t, which kid knew their letters earliest and the like, was like trying to be in the “popular” group in high school and felt completely ridiculous.  I just wanted to hang out, sip some tea, and complain about my husband’s inability to put dirty clothing IN the hamper as opposed to next to it.  I wanted someone to text me with permission to crack that bottle of wine at 4pm on Friday and send me a picture of her cocktail.  I wanted a group of women who wouldn’t judge me for wearing my sweats on Mondays, leaving my child with a (gasp) babysitter for a date night, or using the cry-it-out method.  My search was fruitless.

When moms discuss this connection with other moms simply because they have both given birth, it makes me cringe.  I laugh because it’s such bullshit.  If you ever want to be scrutinized for your choices, just post a question on a Facebook “moms” group.  An innocent question inevitably prompts a series of “helpful” responses loaded with judgment and contempt for the choices of both the mom who posted, and those who responded.  The mother who shows up with a stained shirt to a library class will most certainly get the raised eyebrows of those around her. The mom who leaves her kid for a few hours to get her nails done will most surely receive the backhanded comments about how “lucky” she is to be able to leave her kids, when others claim that they cannot because their bond with their child is so strong that they would simply die if they left the house without them.

I watch the stories in the news about the numerous children across the country who feel that death is their only escape from the scrutiny of those around them.  Mothers weep and cry out for things to change.  Entire communities talk of acceptance and inclusion.  They ask themselves why and how these tragedies could have happened, as I shake my head and continue to watch the example set by mothers everywhere.  The example of judgment, of exclusion, of pettiness, of jealousy, and of intolerance.  Dear Mothers, if we are our child’s most important teacher, shouldn’t we craft some better lessons for them? 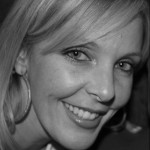