Posted by Melissa Jacobowitz of Suburban Misfit Mom on June 22, 2016 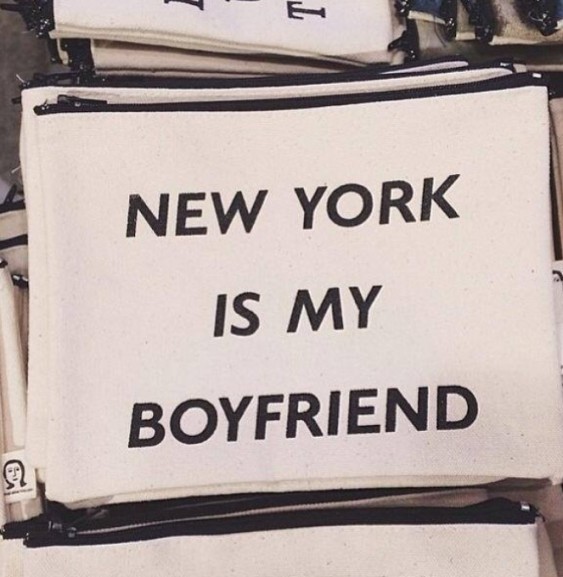 A colleague and I were on a work call recently discussing a couple of our offices in Manhattan.  At one point she states “what do we suburban girls know about NYC?”

Whoa.  Did she just say “we suburban girls?” It was just the two of us on the phone, so clearly she was referring to me.   I had to stop her in her tracks!  The answer to her question was “A lot.”  Yes, I know a lot about NYC.   I grew up in the Bronx, which is a borough of NYC, and worked in Manhattan for 17 years.   (And probably would have lived in Manhattan, at least for a bit, if I could have ever afforded the rent.)  I have a strong need to make sure people know this – especially if I am being labeled as a suburbanite.  Shudder.

So even though I do now live in the northern suburbs, I will always consider myself a NYC gal.  If you’re not a celebrity, nothing makes you feel more like one than telling people that you’re from NYC.   You get the best reactions. Some look at you with awe.  Some people may even be intimidated.

I mean, who can relate to most of this, besides a New York City-er?

On the flip side, I witnessed the horrors of 9-11 from my office window.  Huge office windows that gave us a view like you cannot even imagine.  I walked the streets of Manhattan as the buildings fell.  I walked the streets not knowing what would happen next or if I would ever get home.  We will never the be the same, but thing is – I’m not sure if any other place besides NYC could bounce back (as much as possible) from a horror such as this.

Now truth be told, I do not miss daily grind of getting to and from work, which I lovingly call the “commuter shuffle.” I’ve commuted an hour plus to/from the suburbs in and out of Manhattan to work – and didn’t think a thing of it at the time. (Now that I think back, I do believe I was suffering from a decade plus bout of insanity.)  Other little things have changed too.  For instance, I do call Manhattan “the city” instead of “downtown.”  It actually pains me to admit this, but it’s sadly true.  But, just as I think I’ve become “too” suburban, I spend the day in the city and have a strong desire to flick all of the slow pokes lingering in front of me….WALK!…..

I will say that I give tourists a lot of credit for coming to visit – the mere thought of being a tourist in NYC makes me exhausted.  We love that you are coming to see us, but a couple of minor helpful hints, if you don’t mind:

So yeah, is it better in New York City?  It is. It is one of a kind.  And so are New Yorkers. Street smarts is a real thing and we have it. We think, behave and respond a bit faster than other social groups.  We can act worldly, elite and show-offish and even feel like we are better than others at times.  And whether you think this is true or not, the fact is that we believe it.  That’s just how it is.

I may have taken it for granted while I lived and worked in NYC, but somehow now living outside of the city, I’m prouder than ever to say that I’m from New York City.  Those white picket fences have nothing on us city kids. There’s something about New York City – whether it’s the Bronx, Queens, Brooklyn, Manhattan or even Staten Island (sorry, couldn’t resist.)

So in case you were wondering if the rumors were true, it IS Better in New York City. The good, the bad and the ugly and I wouldn’t trade any of it for the world.