No…I Wasn’t Going for the Girl

Posted by Deborah Notis of Suburban Misfit Mom on November 27, 2015 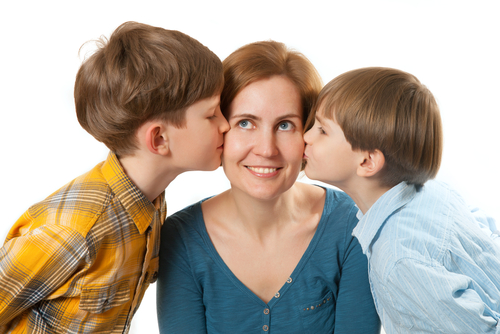 When my fourth son was born, I blamed my mother in law.  She most definitely wished me only boys for ripping her own baby boy from her womb.

I always wanted a house full of children. And four always seemed like the right number for a full house of happiness. My fourth pregnancy was never about “going for the girl.” That’s what I was doing with my first pregnancy.

So granted, my vision of my four was originally vastly different from my reality. I envisioned four females sitting around the table doing art projects with me.  Coloring endlessly, learning to needlepoint and knit, and helping me cook without splattering flour across the kitchen floor.

I would love to be one of those moms who says, “It was meant to be, I am so much better off with boys, I don’t have to deal with all of the girl drama with boys, boys are so much easier….” I am not that mom. And I resent those mothers who tell me how much easier I have it with boys.

What I will tell you is that I am happy with my household. Having a house full of kids of the same gender makes it easier to develop similar interests.  My boys bond over who can expel the loudest gas from any crevice of their being. They bond over sports and video games. And they bond over things that happen on boys’ side at camp. Commonalities that run through their existence simply because they are all boys. And I love that there is so much that ties my boys together.

By the fourth kid, as much as it pained me not to have a girl, I knew that a baby boy would simply work better in our family dynamic.  By the fourth child, we had all the boy gear, and our boy routine was perfected. With seven years between number one and number four, the boys would at least have their bathroom routine – stand to pee, sit to poop – in common, if originally nothing else.

Now, in a house filled with noise, video games, sporting equipment, dirt, and general smelliness, I try to celebrate my boys. I don’t focus on the gender of my children, I focus on the full house. Because that was my ultimate dream.