Posted by Nathalie Laitmon of Suburban Misfit Mom on January 15, 2017 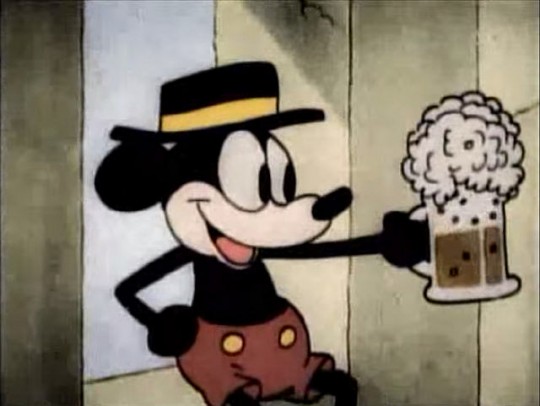 It is a right of parental passage.

The pilgrimage to Disney World.

The more children you have, the more times you have to make this monumental trek, so it seems.

We have been there three times so far.  The first time we took our little girls was when they were four and one.  Our one year old was barely toddling and seemed happy enough to sit in her stroller and nap in the warm Florida sunshine.  Our four year old was the epitome of the Disney Princess Groupie.  Seeing her eyes light up when she Met Princess Merida almost made standing in line for 3.5 hours in the 95 degree heat worth it…almost.

I will never forget that first trip through the Magical Gates of Madness.  Stepping into the Magic Kingdom really is like stepping into another world; a very hot, crowded, expensive and overstimulated world.  I remember nudging our way through the crowds with our stroller piled high with the day’s supplies and approaching a Food Cart thinking how badly I was in need of adult refreshment.

“Excuse me?  Where can I get a beer?”  I panted, beads of sweat dripping down my face.

“The Magic Kingdom Does NOT serve alcohol.”  The employee retorted.

He must have not heard me correctly, I thought.  This can not possibly be.  It is hot as hell here and it is only noon! I just sat on a crowded bus with my toddlers in a choke-hold for the better part of an hour and now I am about to spend an entire day waiting in line to meet Bell, Cinderella and that damn Rapunzel.

“Um, like you don’t serve any alcohol?”  I think my voice actually started to quiver right about here.

THERE IS NO BEER AT THE MAGIC KINGDOM.

I glanced at my husband and I swear to you that tears were pooling in the corners of his eyes.  I have seen him cry three times in fifteen years…this was one of those times.  We had banked on making this excursion magical and tolerable with an ice cold beer in the hot Florida heat.  Never did I dream that the most magical place on earth was actually a Complete Asshole!  Yet here we were.  There was no turning back.  We did the park with smiles on our faces, left at firework time and hightailed it over to Epcot’s World of Beers the very next day.

The next year we went as well.  Why?  Apparently we hate ourselves.  Again we had a magically expensive time, although the trip was a bit more complicated with a two year old.  Nevertheless we were still playing man on man defense at this point and there were no surprises.  We knew the ins and outs of the Magic Kingdom and we were ready for it.  Bring it Magic Kingdom.

A few years passed with no Disney Trips…because we had twins.  Then one day I decided that it was high time we dropped damn near five thousand big ones on yet another magical vacation. My husband tried to talk sense into me, dreading yet another Disney vacation, but I could not be reasoned with.  I had my mind set on taking my four little princesses to Disney and nothing would stand in my way.

We were so far out of our league this time.  Here we were, dragging two ones year olds, a whiny four year old and a hyper 7 year old on buses, through lines, and into Ariel’s f**king grotto. Never had we bickered so much in our lives.  We took that Beast Disney on and this time it won.  Can you guess where the shit finally hit the fan?  That is right…Magic Kingdom.  Our stroller got jacked, our four year old decided that any walking might instantly kill her, I had to drag the twins through every single line since you can not actually bring strollers ANYWHERE, and still they served no beer.

We swore that we would never return to this hell.  Even if the twins cried, pleaded and sold their toddler souls to the devil himself we would never subject ourselves…and our marriage…to Walt’s pain and torture again.

Then I read THIS article in TIME magazine.

Holy Mother of Beer Gods.  Hell has frozen over and my Disney Dreams have come true.  Well this right here is a game changer guys.

“BABE!”  I ran screaming though the house.

“HONEY THEY SERVE ALCOHOL AT THE MAGIC KINGDOM NOW!”

His eyes were giant saucers; pools of hope.  “Nooooooo, let me see that.”  He read the headline and looked up at me.

Without any words we knew what was next.  Oh yeah, it’s happening.  The McCarthys are headed back to Disney World.  This time we are strutting right though those Gates of Magic and headed directly into Belle’s Enchanted Castle to order a Belgian Beer.

The magic kingdom owes us this.

Victory is ours, Parents.