Posted by Melissa Jacobowitz of Suburban Misfit Mom on July 14, 2017 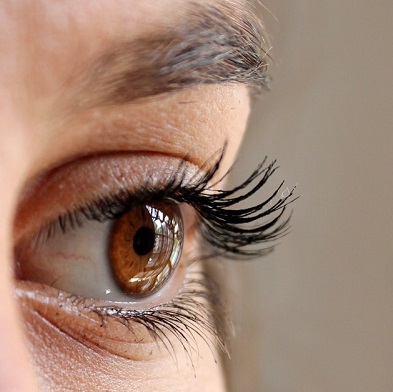 There’s often a village of humans helping us find our way in this crazy world, especially as we’re growing up.  The village may be comprised of our parents, grandparents, other relatives, friends of the family, teachers, etc… Not everyone’s village is the same.  These humans may offer advice and guide us in the right direction.   The village only wants the best for us and there’s no apparent reason to question their knowledge.  When the village tells us something, it has to be accurate, right?

Like when my mother announced to my sister and I in our tweens/early teens that we weren’t to wear mascara because it would ruin our eyelashes.  So…we never wore mascara.  Ever.  Mom told us not to.  As the years went by, I’d wonder why my friends would wear mascara, but never thought to ask them about it.  I guess these will be the ladies that’ll be sporting fake eyelashes when they get older.   Never thought twice about trying it out – after all, mom said it wasn’t good for me.  Besides, it looked like a pure pain the ass to apply.  Many moons ago, I worked with a gal who declared that she never left the house without mascara.  I recall feeling bad that she didn’t know the evil ways of mascara.  Why did all these women want to ruin their eyelashes?  Oddly enough, mom wore mascara, but I simply assumed that it was “too late” for her.

Fast forward 25 years or so….I’ll say that I was around 40 years old.  One random day, my mother questions me, “How come you never wear mascara?”  My confused reply was,  “You told me not to.”  Laughing, she responded back that she meant that for when we were growing up – not forever.   And when my mother asked my then 36 year old sister, she had the very same response!!

Wait…what? Both my sister and I understood the golden rule as “forever.” Would it not ruin our eyelashes?  Did she think it would make us look too grown up at the time? Or maybe she didn’t want to teach us how to apply it? (Aforementioned pain in the ass.)

Were there other scenarios that were actually white lies? Misunderstandings?  Or even cop outs?  Only dads were allowed to do the crossword puzzle in the TV Guide. Only dad was allowed to eat split pea soup in the big wide green bowl.  Don’t pinch her – she’ll get cancer.  Could it be that they were messing with us?

I had to know if there were other villages that created these gems for their youngins to believe.  I posed the question to my Facebook crowd: Anyone have a funny story of something their parents/grandparents/teachers may have said when you were younger – it wasn’t actually true, but you actually believed it for years?   Many entertaining quips in reply:

….And last, but definitely NOT least….

My dad told me he made the sun go down, which I thought was amazing (I was 4). Then he had a late meeting one day and I thought he was dead because the sun went down without him! My mom had no idea why I was crying inconsolably at the window…(Graeme S)

After a few of us were ready to hop on the next plane to Graeme’s house to give her a hug, she explained: “It really did start as a sweet summer bedtime thing. I didn’t want to go to sleep because the sun was still up. So he told me that he just hadn’t gotten around to it yet, he’d do it later. Then every night he’d read me a story and I’d remind him to “Turn out the sun”. Then he had the meeting. And I was four, so I didn’t know exactly how to explain it. My mom sat with me until I fell asleep. He came into my room as soon as he got home. I remember him waking me up to apologize.”

Seriously village! You messed with all of us! All those wasted years that I could have been doing the TV Guide crossword puzzle while wearing mascara.   Who knew?

We may never know why our village created these funny, sometimes even shocking, stories….I don’t know….I don’t think it’s cool. I can’t imagine telling my kids white lies just to get them to do something that makes my life easier….

Shoot, it’s getting late.  I better log off and get the kids to sleep.  Cause if they’re not asleep by midnight, the cops will come.  True Story.

[…] – silly, fun, endearing…but also strange and sneaky.   I dedicated a recent post to it – Old Wives Tales.  But an overwhelming amount of the feedback I received was about food and I had to dedicate a […]