On the Coming and Going of Friends 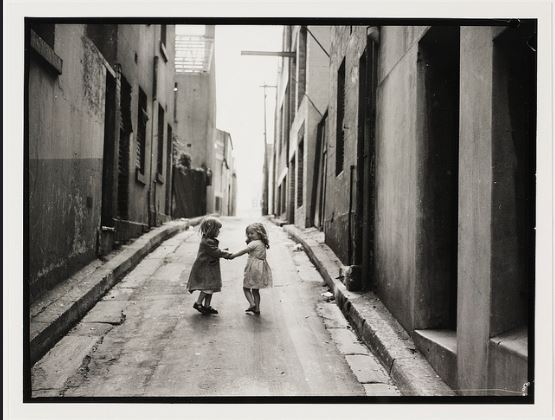 Friends are incredible. Honestly, what would we do without them?   They are the hand-picked people we choose to hang out with, talk to, and be there for. There is a well known saying about friends being our “chosen family” that I adore.

There are the friends we have all had since childhood; these relationships are treasures. Then there are the friends you’ve known for 10 or so years who met you maybe as you were entering marriage, parenthood, or your first string of jobs; there is a special bond formed from knowing one another during life’s milestones. Lastly, there are the more recent friends that you adore. At this age you value your time immensely and are more picky about who you let in. These newer buddies are the ones you instantly vibed with and knew in your core it just made sense. I’m not talking about acquaintances here.  I’m talking about the folks you love sharing your precious time with.

But let us delve into the other side for a minute. The unforeseen dark side that punches us in the gut when we’re least expecting it. The part where maybe Cybil or Single White Female was lurking beneath that pretty, kind, sweet face of your friend. That part when the friendship comes to a screeching halt.

My friends know I will do anything for them.  There’s no bailing on plans unless someone in my family or myself is sick. I’m a professional wing-woman: unashamed, un-embarassed, and the opposite of shy. I’ll answer that late night phone call and listen to your story no matter what it is. I’ll plan your birthday party, shower, or whatever the engagement is (as long as you let me design the invitations) and I will be the best bridesmaid or maid-of-honor I can be (even if that means doing more than a few shots to get through the speech part.. and then profusely apologizing if my speech was too sloppy). I’ll watch your kids on a moments notice, and I’ll drive to your house if I’m worried that you’re not doing OK.  I’m not bragging-I’m just saying- I take friendship seriously.

You know that quote  “Some friends are only meant to pass through your life temporarily”? Or that other one about people coming into your life for a reason and then peacing out shortly thereafter or something to that affect? That drove me bonkers the first time I heard it. I used to angrily wonder who came up with that saying. It seemed clear that it was some crappy couch surfer that just used people up until no blood came out of their turnip…or however that saying goes.  What can I say? I suppose I am a hopeless romantic and have always subscribed to the notion that friends are for life. I realize this is a little rose-colored glasses fantasy I’ve concocted. So if and when it comes to an end, it’s typically rough for me.

Recently, a radio show that I was listening to was discussing the end of friendships and how friends had come and gone in each of these deejay’s lives.  Some had silly or crazy reasons why the relationships had come crashing down.  They talked about being the “dumpee” or the “dumper” and were giving their reasons for why it needed to end or why their friend had ended it.  I became stunned and enlightened all at once.  It felt so good to know I wasn’t alone!  I never wanted to call into a radio station so badly and say THANK YOU for bringing this topic up! I don’t feel like this only happens to just me anymore!

There’s relief that some of these pals have gone away but for others, it still kind of bums me out when a song comes on that reminds me of them, or I catch a glimpse of an old photo.

Some silly reasons that friendships were lost when I was the “dumpee”:

(*Initials used to protect the guilty)

Sure, I have been the “dumper” occasionally. My reasons have varied, but one that comes to mind is that there was a whole lot of one-sided giving going on and a whole lot of taking by the other party. Enter voice in head telling me to have some self respect. Then I back away into a black nebulous. I can be good at ghosting I guess. Not something I am proud of! Sometimes I wish I could go back in time and tell them how I was really feeling or why I was upset, but I don’t think I was mature enough at the time honestly.  Did I mention I HATE confrontation?

Some of these friends we have falling outs with are good people deep down. I have to believe that I am not a complete idiot in my friend selection.  But I wonder… have any of you ever gone back to those friends that chose to dump you? I never know what to do about it.  I’m trying to get better I guess. Part of me still wonders how they are doing, while the other part of me is like-get over it girl; if they cared about you, they’d have reached out or apologized by now. In some instances they DID reach out and I politely told them “No, thank you.” In other instances, forgiveness was one of the best decisions.

So the pals that are gone now…would these friends fall into that damn temporary bucket? That label I hate? For some reason it feels yucky putting them there, but maybe I need to so I can let go and move on.

As a parent, there are these teaching moments that sort of spring themselves upon you. I wasn’t really prepared to dive into the “friends that go away”  talk with my six year old. But it happened.

My six year old son had his first best friend that came and went.

Why is he being mean mommy? Why does he ignore me? Why can’t we have playdates with him anymore?  Why doesn’t he like me anymore?  I like him and he likes me right? RIGHT?

This anguish kept him up for several nights. He kept telling me at night when he was drifting off that he was afraid this would happen with other friends that he cared about. His beautiful brain couldn’t process how a friendship could just be over. Unbeknownst to him, me and his buddy’s mom had sort of muddied things up.

We all know that children ask questions in the purest form; unjaded and innocent.  In this precious moment with my son, I learned that some things truly are too complicated to understand or explain. Relationships have to do with people, and people’s emotion cannot be measured. There is no science to help us to figure these things out. At least not that I’m aware of.

So I shared that quote with my son that I disliked (about some friendships being temporary) since nothing else was coming to mind! Hypocrite CITY…. I know!  But you know what? That was the anecdote that made it a little easier for him to swallow this unfortunate scenario somehow. It was one thing that calmed him and seemed to make sense to him. The idea that maybe some people are meant to be in your life for a short time to teach us something clicked for him.

All we can do is try our best in relationships and hope that it’s enough. The rest is a toss up.

As for my current relationships: old, new, far, or sporadic, to this day I never think of them as folks just passing through my life.  I will always continue to think and hope they are permanent.