One Reason Why Not

Posted by jennifer hurvitz of Suburban Misfit Mom on June 1, 2017 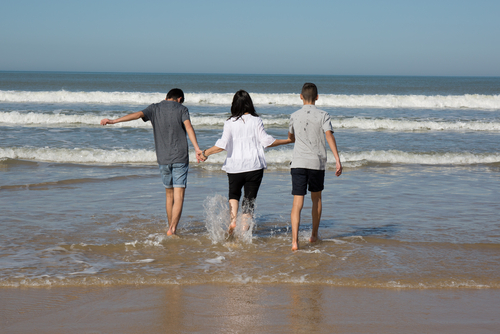 In fact, I was sexually assaulted.

I was teased, too. And emotionally abused by my sorority sisters…and I’m pretty fucking sure I was date raped. After all, “No means no”, right? Well, it was supposed to. And that was all in my Freshman year at MSU. So, as I watched the Netflix Mini-Series 13 Reasons Why, I was overwhelmed with emotions. The same exact ones I remember having back in college, when I heard that I was video-taped by a frat guy without my consent. Oh, gets better…he showed it to his entire Fall Pledge Class. Ya, welcome to Bullying 101. Or is that Sexual harassment 200? Who cares. My life was changed forever. A little piece of my soul, taken from me…without my consent.

No matter how many shows are made, or meetings are held…showing a girl slitting her wrists in a bathtub won’t stop “mean girls” on the playground. (And btw, labeling a group as “mean girls” is in fact bullying.) Emotionally immature brains can’t make that correlation, they will forget that dead body after a week…or a month. And go back to being bitches. It’s a lack of maturity; kids are impulsive. They say, and do things without thinking about the outcome…My kids included. Look, I’m not saying give up on spreading awareness. I’m saying let’s accept that it is an epidemic, and teach our kids HOW TO COPE. And I’m not suggesting we teach them to “just deal”, or accept abuse.

But do you know a person that hasn’t been bullied, or bullied someone else?

And don’t bully me for writing this, I’m entitled to my opinion.

Bullying is bullshit. It’s wrong, and disgusting…but it’s happening. Fuck, I bullied the bitch at Harris Teeter that cut me off tonight in the parking lot. I bullied my ex for most of my marriage. I bullied my little sister growing up, and recently I called a “friend” fucking crazy for doing a really shitty thing to me. Well, she’s no longer a friend, but she is still fucking crazy. Are we both bullies? Or is that just life? Come on y’all…let’s prepare our kids by teaching them how to DEAL with the feelings that follow the hard hits.

Let’s teach realistic lessons: that things in life will hurt, words are going to sting, and their little hearts will be broken…over and over. But they will heal. Kids can’t see that when they’re engrossed in a situation; it’s impossible for them to know they will get over a cheating boyfriend, or having a half-nude pic blasted out on the internet. Teens will recover, we know that. We know that nothing is worth taking your own life. But how do you explain that without a crystal ball? By showing them a Netflix drama with 13 reasons why a girl decides kill herself? Is that the right answer? Holy shit. I can’t get the images out of my head. I’m just praying that the kids that did watch, at least watched with a parent.

So, I decided to go a different route in my house. And maybe it’s not as exciting; no memes will be created with my picture. But it sure as shit got the reaction I was hoping for. Instead of 13 reasons why, I tried just one reason WHY NOT. Just one, perfectly egocentric reason as to why suicide is not an option. Ready?

I was firm and authentic, and in their faces…

Because I can not live on this planet without you.

With no trepidation. I said it again…

I can not live without you.

Pretty selfish, right? Ya. But so is suicide. I told my boys that, too. Then I told them that it’s just not an option in my house. Like doing drugs and drinking, suicide is against the rules. And against the law. I know, maybe I’m a bit over-the-top…but I don’t really give a shit. I sat them down after seeing Hannah Baker in that bathtub…and I said all of it. I was candid, and direct. I let them see my angst. I let them see the fear in my eyes, so that they know exactly how I feel. I said,“Your feelings will get hurt. And you will feel pain so badly that you’ll think you can’t go on. But YOU WILL BE OK. And you will survive it. Nothing is worth taking your own life. And I will never be okay without you.” I scared the living shit out of them, and I would do it again. In fact, I will do it again. And again…and again.

They both stared at me like I lost my fucking mind.

And maybe I did.

But I know they got my message. Fuck that show, they don’t need 13 Reasons. They have one, Jennifer Hurvitz. Ha. A little chuckle, I’m nervous. But don’t you be! Go grab your kids, and tell them the one reason WHY NOT (whatever yours is)! Go. Don’t be afraid to have the most important conversation of your life. And don’t assume your kids don’t need to hear it, or they are “doing just fine”. Every kid needs to hear that suicide is never an option. That they are loved, and wanted. And important. And even if you think they don’t, say it anyway.

13 Reasons Why: this show didn’t miss a thing. It touched on just about every issue a teen might go through. And while it was incredibly well done, and binged-watched by the entire free world…I know I didn’t need 13 Reasons Why to figure out the biggest reason why not. 😉 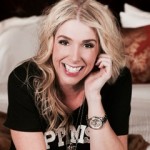