Only Our Son Would

Posted by Melissa Jacobowitz of Suburban Misfit Mom on January 12, 2016 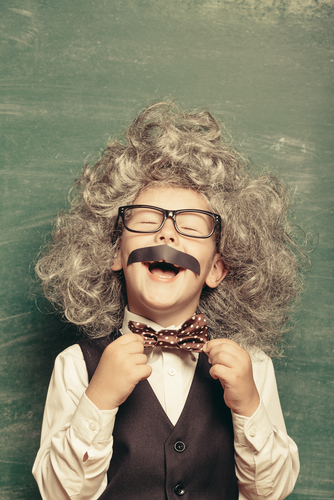 We wanted to eat a quick dinner one night last week.  My husband just threw a bunch of appetizers in the stove – mozzarella sticks, jalapeno poppers, and mini pizza rolls.  Personally I was bummed because this food was going to ruin my forever diet, but I knew I’d eat it anyway. Kids came in for dinner and my 11 year old son bit into the mini pizza roll.  Immediately he screamed as a mixture of the hot tomato sauce and hot cheese started dripping from his mouth.  A little laughter from the rest of us to start, but then we realized that he was really in pain!  After a lot of “you’re ok, don’t worry about it, put some water on it,” we continued to eat the gourmet dinner.  As the evening went on, we realized that he had a true burn about the size of jelly bean right under his lip.

After dinner, I said to my husband, “Only our son would get a burn from a mini pizza roll.”

There have been quite a few times we’ve said “only our son would” over the past years.  Like – only our son would be the most cautious one in a group of kids and wind up breaking his arm falling from the lowest point on the playground equipment.  Or – only our son would forget to go to every single private violin lesson he was scheduled to attend in school during a semester.

His quick wit gives us gems that I swear would never enter the mind of any other.  The saying “last one upstairs is a rotten egg” results in my 7 year old daughter booking up the stairs to her bedroom.  She is thinking  – “who wants to be the rotten egg??”   My son took his sweet time.  I turn to him and say “Your sister is going to beat you!” He responds with “But, I want to be the rotten egg.  Cause if I’m the rotten egg, I won’t be eaten.  And I don’t want to be eaten.”  Only our son.

My son is a love and I’ve been told that my eyes light up when I see him – and vice versa.  He is super sweet, super smart, super funny – and if I can also add, super handsome.   And he has this super brain, which has many positives, but offers up challenges too.

Early on his schooling, at parent/teacher conference, we heard, “I hope this doesn’t offend you, but he reminds me of the absentminded professor.”  We smirked and nodded in agreement realizing that this might the perfect description.  He was unique, adorable and entertaining.  In preschool he was called the mayor.  He showed that he wasn’t one for “group think” – even at that young age.  For the first few years of elementary school it was “cute.”  Consistently forgetting jackets, gloves, and water bottles at school.  My hobby at bus stop pick up was taking bets with the other mothers to see if he would come off the bus with or without his backpack.

As his elementary school career progressed, teachers expressed that his little quirks and differences weren’t quite as cute anymore.  Poof! Just like that.  What happened?  He’s the same kid.  He wasn’t conforming, he was falling behind, not producing, had minimal organization skills  – and even became an annoyance to some children.  All of these conversations were prefaced with – he is so smart, so cute, so sweet, so friendly, so funny, but…. It was that constant “but” that made us cave and go for that ADHD diagnosis in 5th grade.  Is this the answer? Jury is still out, but he was able to receive some accommodations for that last year of elementary school, which luckily did benefit him.

Our son started middle school in September and the transition to hasn’t been easy.  He is still in the very early stages of this new environment, but grades and feedback have not been pretty.  The struggle to complete homework, fully participate in class, switch classes in 3 minutes time and overall just “be present” is real.  “Only our son” could be so smart, yet have so little to show for it academically.

I don’t pretend that we are the only family having these challenges. And I know things could really be a lot worse.  But he is my son.  My first baby.  Do I want him to change?  No.  But, do I want things to be easier for him?  Yes, I can’t help.  Even if just a little bit.  (I have to find that balance between helping, hovering and letting go – and that’s on me!)

So his pizza roll burn is slowly fading.  And for better or worse, I can only hope that the opportunity to say “only our son would” doesn’t fade because THIS is what makes him who he is.  And who he is makes us a family.

I have not checked in here for a while since I thought it was getting boring, but the last several posts are great quality so I guess I¦ll add you back to my daily bloglist. You deserve it my friend 🙂