Penis Problems: Raising A Boy In A Family Of Girls

Posted by Amber Pittman of Suburban Misfit Mom on January 12, 2016 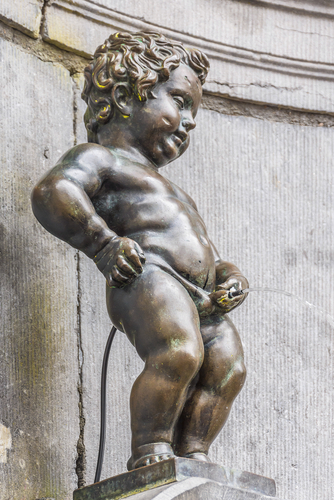 My mother always wanted a little boy, and said she would have named me Adam Eugene had I have come out with the right parts. Thankfully I didn’t, because you can never be too cool with a name like Eugene. My sister also disappointed her with her lady bits, and paid the price by being named after a soap opera character. So when I had a little boy the family was overjoyed. At least until he started to discover his penis – which he did IMMEDIATELY.

I was terrified by not only the immediate grabbing of his junk, but also with the force in which he handled it. I thought those things were supposed to be sensitive. I felt bamboozled, but also a little scared – was my son one of those humans who could feel no pain like Donald Trump or Lord Voldemort?

But I soon learned the immediate discovery of the penis and obsession with it is pretty much the norm. I’m still trying to convince my mother of this. They become obsessed from birth and never lose the obsession. But not having any experience with boys it took me awhile to realize that everything he does and says about his penis is totally normal. Like the fact that:

Maybe you’ll luck out and miss a couple of these, but chances are you’ll experience every one of them, multiple times, for years and years to come. Just know your kid is normal – even if he is a filthy little boy.

This is the right blog for anyone who wants to find out about this topic. You realize so much its almost hard to argue with you (not that I actually would want…HaHa). You definitely put a new spin on a topic thats been written about for years. Great stuff, just great!

cancun mexico all inclusive with airfare
[url=https://www.cfd-online.com/Forums/members/hazelacify.html]cancun reviews all inclusive[/url]