Rome is Burning…and Rome Is My Vagina

Posted by Nathalie Laitmon of Suburban Misfit Mom on November 3, 2016 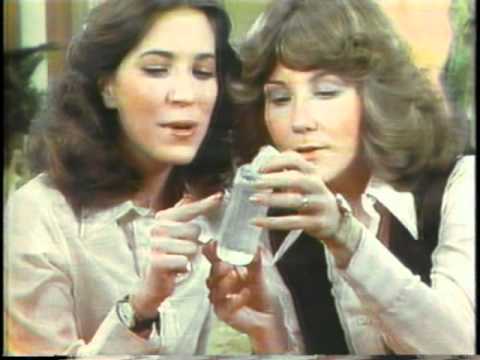 Recently I thought that maybe I had a dreaded yeast infection.  No biggie… I thought to myself. I’ll just grab one of those creams up at the local drugstore and nip this thing in the bud after the kiddies go to sleep.

Dear Lord in Heaven I could not been more wrong about this.

First off, who knows if I even HAD a Yeast Infection.  I mean there were some minor signs sure, but I did not want to chance the full on outbreak of vaginal torture, also known as the destroyer of all comfort and happiness, with the weekend a few days away.  If nothing I am a very efficient planner…and I was planning on NOT having a weekend in itchy-vag hell.

I browsed the feminine hygiene products in the local Walgreens.  Holy shit!  Two Master’s Degrees and 34 years on planet Earth and I have no clue how to destroy the yeast!  There were literally fifty different choices.  Seven day…three day…one day… suppositories, pre-filled cremes, anti-itch wipes included…the list goes on and on.  I was running a bit short on time and my thighs were starting to ache like hell from squatting down in aisle 7 reading packages.  I grabbed a three day healing pack and went to pick up my daughter from her evening activity.

Now I have used such a product twice in my life…once I suffered an entire night of hoo-hoo hell with pain and burning that I would not wish on my worst enemies.  The other time I had minimal symptoms. Hense I had a 50/50 shot at relief. With a big weekend of party throwing and friends in from out of town ahead of me, I was taking my chances.

Later that evening I tucked the little princesses into bed and went to work.  I really should never play the lottery…like ever.  Within seconds of applying the cream of torture my lady parts were on FIRE.  It was like Satan himself had crawled up into my hoo-hoo and lit a blow torch.  Hold on…breathe…it will get better I thought to myself.  People do this all of the time.

Well if women use this stuff all of the time then they must have vaginas of steel…because NO NORMAL HUMAN can endure the burning and pain of this fungal cream.

I waddled downstairs and cracked open a cold beer.  I will just calm my nerves and ride out this burning storm.

Nope…the pain only increased.  We are talking scratch-your-own-skin-off and pray-for-death burning and pain.  Then came the swelling!  WTF!  My little bitty was swollen up like a Macy’s Day Parade Balloon!  This is nuts, I thought to myself as I booked it to the bathroom scratching and dispelling Satan’s Fire Cream from my womanhood.  You would think that this act in itself would bring relief?

Bwhahahahahahahaha.  Nothing.  In fact it just continued to get worse and worse.  I laid on the bed withering in pain.  If one of the girls had walked in needing one more hug or a sip of water they would be scarred for life.  For there was mommy twisting and turning in agony on the bed half nude.  In reflection I could have certainly locked the bedroom door, but I could honestly not think through the pain.  It was THAT bad…and this is coming from a woman who has birthed FOUR CHILDREN.

As a last ditch effort I grabbed my can cold beer can and shoved it up between my legs.  Huh. Maybe a good drink can solve all the problems of the universe?  The pain and burning lingered for a few more hours, but was not nearly as severe. Eventually I took a Benadryl to put me and my poor hoo-hoo to sleep.  That poor girl had just been through the ringer.  She is gonna be out of commission for some time…and might need a few sessions of therapy.  I could now have the very first care of Post Traumatic Vaginal Stress.

The next morning I could not even LOOK at the leftover suppositories without breaking into a cold sweat.  No freaking way am I doing THAT again.  I googled a million other ways that I could counter a Yeast infection should I ever need to battle one.  If I ever come across this monster again, you can find me sitting in a bathtub full of yogurt or apple cider vinegar….because I will never again subject my body to the effects of over the counter fungal creams.