Posted by Michael Badger of Suburban Misfit Mom on February 29, 2016 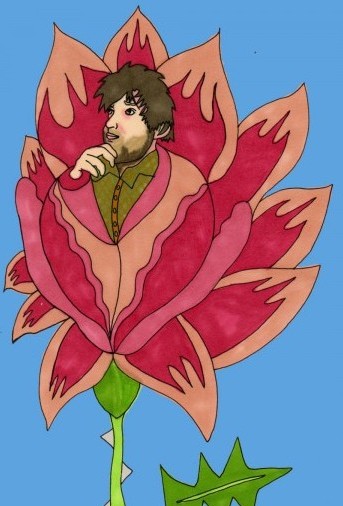 As I watched my daughters drift off to sleep tonight I thought to myself, “Damn I’m a good dad. Mostly. I mean, sure I’m doing an okay job now, but what about when they hit their teens? What will become of the friendship and the mutual respect we have?“ And then I rocked myself in a dark corner and sent out my cosmic plea for forgiveness. Yeah, you probably guessed that I fear their teen years. Heck, I fear their tween years. Perhaps it’s because people love to tell me, “Wow, your daughters are gorgeous, you’re going to have a tough time when they get older.” Or my favorite, “You better get those guns ready…” It should be those warnings that scare me but unfortunately that’s not it. It’s my experience that scares me. You see I know exactly what they’re describing when they advise me to be ready for the hoards of boys. They’re describing the Scary Dad Phenomenon. It’s the point a dad reaches when he’s out of ideas. It’s a last ditch effort to frighten the teenage boys that show up on his doorstep with every intention of breaking his rules.

I know this Dad intimately. I dated girls that had scary dads. Dads that would threaten me passive aggressively or even worse, swab out a pistol when I came to the door. For these dads I was their worst nightmare. I was the equivalent of Rob Lowe’s sex tape. They didn’t trust me and did their best to scare the bejesus out of me.

The scary thing is, I mean the truly frightening thing about those encounters is this: I was never afraid of those dads. Not one of them. It didn’t matter if they threatened me or cleaned a shotgun while I waited for my date to get ready. I had no fear of them or any fear of reprisal for breaking their rules or breaking their daughter’s hearts. No matter how scary those dads were I ran roughshod over their rules with impunity. Have her home by 11:00? I’ll have her home at 12:00, if I feel like it.

There was a certain satisfaction I got by bringing them home late. Yes it was disrespectful, but it was also me asserting that I wasn’t afraid and that I knew these dads had no influence over their daughter’s decisions. I knew that these girls would do what they wanted to do. The dads didn’t know their daughters and I knew the girls wouldn’t share close details of their personal lives with them. I had it all figured out and I got away with it. Then the fickle finger of fate reached out one day in April of 2007 and then again in July of 2011, that’s when I was blessed with two daughters. Two of them!

I know, I know, I was an awful teen, but it was a really long time ago and I feel terrible about it. These worries that plague my dreams and waking hours are all part of some sort of karmic retribution. To be honest I probably deserve it. I don’t like to think about it but I can’t help torturing myself by remembering how many rules I broke.

As I stood watching my girls tonight it occurred to me that they wouldn’t be little forever. I know that in a few short years or so my daughters will be dating and that painful ill-fitting shoe will be on the other foot. I guess in a way this article is sort of an apology, a cosmic plea for forgiveness to those dads I ran roughshod on all those years ago.

But, and there is a big but here—after talking to my wife and friends and sharing some of my fears, they helped me relax because the fact is I’m going to be way scarier than those dads. No I’m not gonna go all Tinker Tailor Soldier Spy on these boys. I don’t want to be a scary dad. The thing is I plan on knowing my daughters. I will earn their trust and I will do my best to be compassionate when they screw up. And they will screw up. But I won’t let go of that mutual respect. I will give my permission when they are ready to date and I will hold them tight if their hearts get broken. Any boys dating my daughters will know I’m in the loop. It will be clear that I know my girls, and that they know and trust me. And that to a teenage boy is scary.

Plus, if my wife and I work hard and teach them well, we may never have to worry about our daughters making poor decisions. My plan is easy; I will show my daughters the way a woman should be treated. Respect. Admiration. Gentleness. These are things they will expect from their dating partners and relationships. Armed with these simple tenets of a healthy relationship I believe that these nightmares will never see the light of day. And to be honest, I really like my chances. Oh and you scary dads, wherever you may be… I’m so very sorry I haunted your dreams.

(Amazing Artwork provided by Jo Moss, the talented Sister-in-law of one of our writers. Art can be found at http://www.jomossart.com )