Posted by Melissa Travis of Suburban Misfit Mom on November 18, 2015 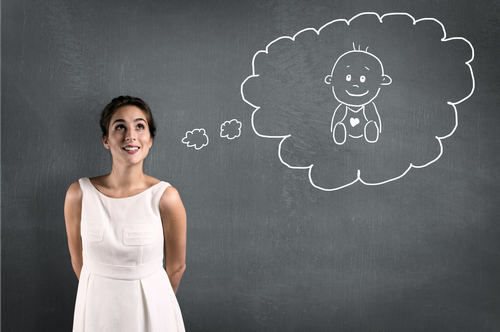 So about 2 ½ years ago I had a: handsome, wonderful, kind, loving, magical… ok-ok I’ll stop son. All was right with the world. It took me about 5 months to get pregnant, which I was told is normal. I had a dream pregnancy, but a delivery from hell and decided one child would be enough.  Fast forward a year to my son’s first birthday party where I received the worst news of my life. My mother informed me she was diagnosed with stage 4 ovarian cancer and that it would likely take her life. After a lot of tears, I immediately decided to have another child as soon as possible because I wanted to give her the gift of seeing me through as much of my pregnancy as possible. The love of my son and the urgency I felt with my mother’s health conveniently blocked out of my mind all of the horrible things I went through while delivering him. I had gotten pregnant pretty easily the first time so how hard could this be right?

A year later I still was NOT pregnant and my mother was getting progressively worse as she had a return of melanoma, previously in remission relapsed, adding to her ovarian cancer. I had my yearly exam with my OBGYN and we decided it was time to see a fertility specialist. The very thought of having to see a specialist to do something my body had been able to do before and something my body should have been naturally able to do set my mind into a tail spin. I internalized a lot of the feelings I had because I did not want people to accuse me of being selfish since I already had a child; I guess that sounds ridiculous to most but it’s just how I felt. I endlessly googled secondary infertility and didn’t find much to make me feel any better about my situation. About this time the questions started from people asking when and if I was having another child I wanted to scream at the top of my lungs; “Im Trying!” but instead I would just calmly say we hope to. A second child seems to always be assumed by everyone but what if I couldn’t have one or what if I didn’t want another?

A few weeks later I arrived at the fertility doctor’s office and after filling out a ton of paperwork I had a seat. I was initially surprised at the number of women there. When we are going through difficult times in our lives it feels like we are all alone no one could possibly understand all the things we are feelings on the inside. All of the emotions and thoughts we as women hide from the world because we are supposed to be the strong and silent pillars of the family.  There were women who had children with them and women who didn’t, I never before thought of the dynamic that could exist between these two different groups of women.

After a few minutes the thought popped into my head; that I would feel terrible if I brought my son into the office. Like I was rubbing it in the faces of the women who were unable to have any children. I knew it probably wasn’t a sensible thought but I couldn’t stop it from rearing its ugly little head into my mind.  As I looked around I noticed the women who did not appear to have children glancing up from their magazines at the women with children, as if to say; how dare you be here when you have already been blessed with a child”. The women with children had an opposite look, “Thank god I am not her”, referring to the women who appeared to be childless. Upon further reflection I decided it was probably all in my mind.

The nurse called my name and sat me down in the intake room to take my vital signs. I decided I was going to pose the question to her to see if she had ever noticed any dynamic between these two groups of women; she confirmed she had and almost matter of factly said” I see it all of the time”.  I guess I shouldn’t be too surprised. Women always seem to try and tear each other down instead of lifting each other up like we should. You should never assume to know other women’s story because as women we all have a different story and they are all powerful in their own ways and important to each of us. Unfortunately my mom passed away before I could get pregnant which was a dagger straight to my heart that I will never fully recover from. I bet no one in that waiting room knew that about me. No one could have known that I was told I was in kidney failure after my first child, that my mother was deathly ill, and that I had been trying for over a year to conceive again. I now sit in the waiting room looking around wondering what everyone else’s story is. My hope for us as women would be that instead of judgment, we offer a smile or some acknowledgement that we were all in that room for the same purpose. To bring tiny little humans in this world who will in turn hopefully make the world a better place for us all. 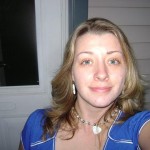