Since When Does Letting Your Kid Be Themselves Make You An Extraordinary Parent?

Posted by Becky Fuller of Suburban Misfit Mom on March 3, 2016 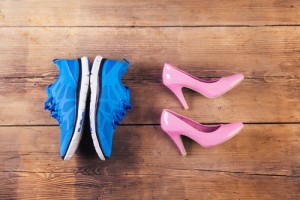 This week, the media has been full of pictures of pop-star Adele, pushing her son around Disneyworld in a stroller. Apart from the fact that she is rarely photographed out with the little boy, aged three, what made the pictures stand out is that Angelo is dressed as Anna, from Frozen.

The pictures have gone viral, like most things with Adele, with many sites praising the singer for “smashing gender boundaries” “proving her awesomeness as a mom” and “proving why she is the best at everything.” Thankfully, I haven’t yet seen a single site calling her out and while I am sure there are negative comments out there, the response has been overwhelmingly positive.

But here’s my problem with all these headlines loudly proclaiming how amazing Adele is for letting her son dress as a princess; I actually don’t think she is doing anything outstanding at all. She is letting her kid be himself, to enjoy dressing how he would like to dress, whether that’s wearing a costume for a special occasion or letting him wear a skirt on a daily basis, since when does letting your kid be themselves make you an extraordinary parent?

Surely, as a parent, it’s our job to help our children discover who they are, who they want to be, and how to express themselves? Whether you have a daughter who likes to wear football jerseys, a son who loves glitter, or a child who isn’t sure where they fit on any gender spectrum, it’s our job to make sure our kids have the freedom, confidence and reassurance to do as they wish- and I’m talking about clothes, here, not flame throwing or juggling knives.

My youngest son is a unicorn. We call him this because he is magical. He dresses as he will. Sometimes this is in clothes aimed at boys, from head to toe. Sometimes, it’s in clothes aimed at girls. Most of the time, it’s in a mixture of both. Why? Well, it’s simple, really. He likes bright colors, glitter, unicorns, Star Wars, and Hello Kitty. So he bases his clothes choices on those factors. At his recent birthday party (a pamper party where the children were given pedicures), he started the event dressed as Kylo-Ren and finished dressed as Rey. He felt his friends needed to see both costumes. 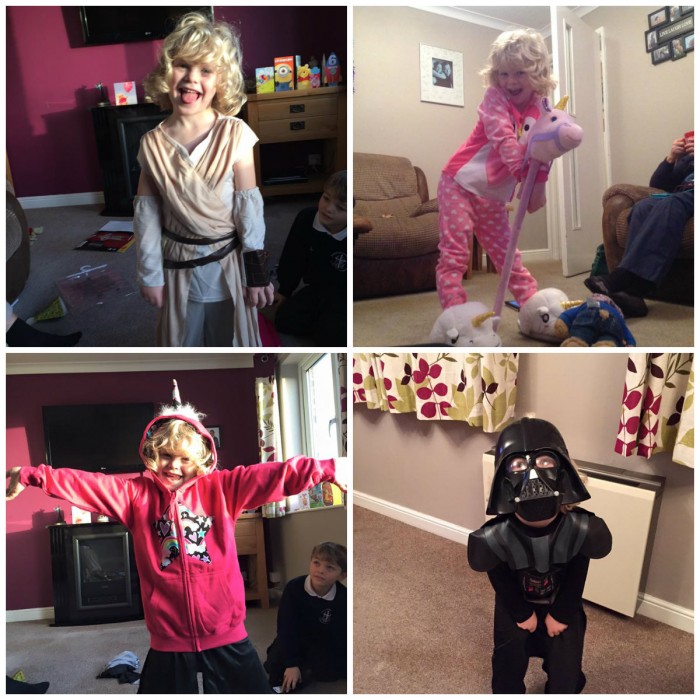 Given the choice, he would live in dress-up clothes. Iron-Man, Darth Vader, Sleeping Beauty, Winnie-the-Pooh, Anna, Elsa…you name it, he wants to be it. He loves role play, he loves expressing himself through his clothing choices.

I don’t believe dresses are for girls, or only boys can wear super-hero outfits. I don’t believe boys can’t have their nails painted, or wear make-up. Neither do I hold with the belief that girls can’t play certain sports, or dress in clothes marketed at males.

I believe clothes are for people. Sports are for people. Make-up and nail polish is for people, and I believe we all have a choice about what we wear, or don’t wear, what we like, or don’t like, and whether we choose to be good, open-minded and loving people, or narrow minded, ignorant bigots.

Does my allowing my son to be himself, or Adele’s letting her son choose a dress, make us extraordinary parents?