Posted by Rose Shababy of Suburban Misfit Mom on September 12, 2016 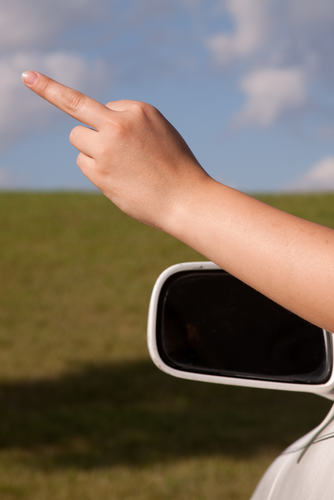 I did something crazy yesterday. Nothing bad, mind you, but crazy and probably a little stupid. Maybe a lot stupid. I didn’t even think when I did it; instead, I just reacted out of intense emotion and pure instinct. I lost my temper in public and acted without thinking.

No, I didn’t yell at some poor cashier or tailgate some guy who cut me off. It takes a lot more to push me to the point I was at yesterday.

Afterward, I went home, heart pounding, nerves on fire, almost breathless. I looked in the mirror and saw that crazy woman I know I am, but I also saw a woman who has so much moxie sometimes, I can’t help but admire her. For a brief moment, I felt like superhero.

I was driving home from work through a busy section of town during five o’clock traffic. It happened as I approached a busy intersection right next to a grocery store.

A rather large woman was walking slowly down the sidewalk pulling a cart on wheels behind her. I glanced at her, but didn’t really pay much attention.

The light ahead was red, and I slowed down as I approached, following a silver Audi. The car slowed and someone leaned out the passenger window, hurling a bottle of soda at her. They missed her by only an inch or two, and the bottle exploded at her feet, hurling orange soda everywhere.

I can’t describe to you the anger that rose up in me. The car changed lanes and I yelled at them fruitlessly, knowing they couldn’t hear me. I thought of writing down their license plate number and calling the police, but I knew nothing would happen if I did. I wavered between pulling over to see if the woman was okay, and following the car.

I chose the latter.

The light turned green, and the car sped away, weaving through traffic. My anger fueled me, and I ducked, dodged, dove and wove my way through traffic, keeping up with them. I think they finally realized someone was actually following them, and they turned down a side street, speeding the whole time.

I pursued them with the single-minded intensity of a predator after its prey.

I had no real plan in mind, I just knew I wanted to follow them until they stopped so I could tell them how heinous they were. I wanted to confront them, rail at them, force them to acknowledge their hideous behavior.

Finally, they turned down a street blocked by road construction. I pulled in tight behind them, and they were unable to navigate around the roadwork.

I refused to move, even when they started backing up. Finally, they pulled into a narrow driveway and turned around. For the first time, I could see the faces of these poor excuses of humanity.

They were young, maybe 19 at the most, and my anger seemed to double. A young girl was driving, and I rolled down my window, yelling at them and pointing.

She rolled down hers as she pulled up next to me. “What’s your fucking problem?” the girl yelled.

I pointed a shaking finger at her. “I saw what you punks did, you entitled little shits!” I yelled. “How dare you! Who do you think you are! You should be ashamed of yourselves!”

They drove past me, at this point refusing to look at me again.

At least, I hope so.

After they turned the corner, I pulled into the same driveway and turned around, still fired up, still ready to continue pursuit. I hoped they lived nearby and would pull up to a house so I could go up to the door and tell their parents what they’d done. I wanted them to have to look me in the eye as I called them on their awful behavior. I wanted them to realize there were consequences to their actions.

Alas, when I turned the corner they were gone, and I had no idea what direction they’d gone. I was forced to go home.

When I was finally able to calm down, I found myself a little horrified. I had chased a car down like I was in a movie or something, with no idea of who was in it. They could have been nasty mean characters who jumped out the minute we were stopped. Big, angry young men who would yank me out of my car and beat the stuffing out of me for being so foolish as to follow them. Any manner of awfulness was possible.

But my horror only lasted a few moments.

It reminded me of another time I reacted similarly. It was at a gas station around the corner from my house. A new cashier worked the till, and had made a mistake on one of the pumps where a man was trying to fill up. I walked in to find him yelling at her, telling her how stupid she was, cursing at her, going on and on, until she was in tears. “I’m sorry sir,” she stammered. “I’m new and I hit the wrong keys. I’m trying to fix it.”

“You’re stupid,” he yelled. “If you’re too dumb to work the register you shouldn’t be working here. All you’ve done is waste my time, you stupid bitch.” By now the poor girl was practically sobbing.

My anger flared out of control and before I realized what I was doing, I walked up to him and said, “You feel like a real big guy now? Making some girl cry, huh? You big tough man.”

“No!” I snarled back. “Fuck you! What you should do is apologize to her, but since I know you’re not going to do that, why don’t you just get out!”

He snarled at me some more, but did what I said and got out.

The cashier thanked me as she tried to calm herself, and my husband, who’d stood silently behind me the entire time, looked at me. “Why did you do that?” he asked. “He was pretty pissed. What if he’d hit you?”

“Because I couldn’t stand by and not say anything,” I answered. “If I have to take a punch to do what’s right, I guess I’ll take a punch.”

I know I’m not out saving the world. I’m not solving world hunger, or curing cancer. I didn’t pull a baby out of a burning building.

I’m just an ordinary woman with a bit of a temper. One that won’t let me stand idly by. One that makes me speak up for small injustices. Not all the time, of course. But enough. Enough that sometimes I feel just a little bit like a hero.

It’s funny because I write books about superheroes (check them out here). They have extraordinary abilities, but in the end they’re real people. Just like me.

I believe that we all have the ability to change the world and make an impact, even if it’s in small ways.

I don’t know if I made a difference last night. I hope I did. I hope by confronting those kids, they’ll never do something so vile again.

But even if I didn’t make a difference in them, I made one in me. I know that I can stand up, even against my own fear. I can follow the strength of my convictions and look at myself in the mirror, knowing I have the heart to do the right thing.

Even if it comes off a little crazy. 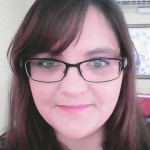