Take the “No Girls Allowed” Sign off the Jack Shack Door

Posted by Stradivarian Me of Suburban Misfit Mom on July 5, 2016 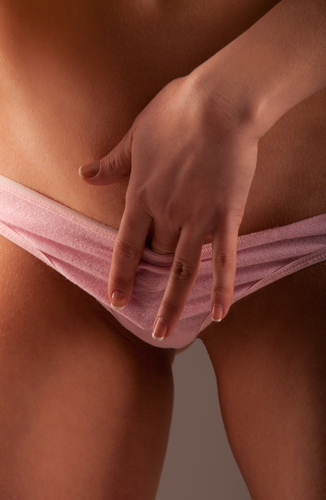 Let’s face it. Guys start carving out time in the Jack Shack as soon as adolescence hits. Meanwhile, I didn’t feel comfortable with the idea until menopause started kicking in.  Why on Earth any woman would wait so long to understand herself physically is a question for sociologists and psychologists more than it is for me.  But I can tell you this: taking control of your own orgasms is empowering.

And frankly, if YOU don’t know which buttons to push, is it really fair to burden your lover with an impossible scavenger hunt? A road map with big “You Are Here” but “You Need to Be Here” indicators will keep him from having to constantly recalculate his GPS positioning.

Emboldened by the knowledge of what works for me and what doesn’t, I’ve gone from being a “maybe a little more to the left” kind of girl, to just picking up his head and plopping it down in the right spot like it was the centerpiece of my frickin’ dinner party.

I’m old enough now to do that kind of stuff. I was never that confident in my 20s or during my decades-long prison sentence…I mean, marriage.   Leaving a toxic environment, I’ve rediscovered friends, independence, laughter and my own body — with a bit of cross-over among each of those categories.

That morning, she had rushed out of her house and couldn’t remember if she had left any evidence of her morning rendezvous with herself. Stuck at work and panicked that her kids would get home from school and find said evidence, she called in reinforcements. Responding to this Mom-SOS, we armed ourselves with an extra house key, biohazard gloves and a video camera, entered her townhouse and began our covert search-and-rescue mission. Honestly, I’ve never been so thankful to NOT find something. She had remembered to put her toys away after all, but her secret was recorded for prosperity and private messaged to the group just the same.

So, my advice is to take the “No Girls Allowed” sign off the Jack Shack door, have fun with it and use all information garnered in there to your own advantage. I promise your secret’s safe with me — and maybe one or two of my friends.