Posted by Deborah Notis of Suburban Misfit Mom on January 13, 2016 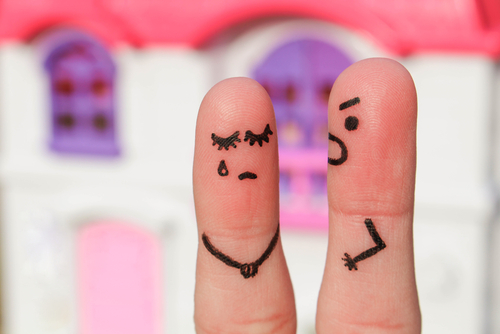 How many times have you heard someone tell you, “My child would never do something like that,” only to know that the child in question is guilty of the wrong-doing in question?

No matter how old you are, no matter what your intentions, it is always best to mind your own business when it comes to other people’s children. It always ends badly. Trust me. People do not want to hear that their child might be imperfect, unkind, aggressive, not the most brilliant person ever to walk the Earth….Should I go on?

When my one of my boys was in third grade, he told me that a good friend, let’s call him Don, was starting fights on the basketball court with some of my son’s other good friends. He was upset because the group wanted to exclude Don, and he simply wanted Don to be less aggressive and stay in the game. “Please speak to Don’s mom,” he begged, only wanting to keep Don in the fold. At the time, I considered Don’s mom, let’s call her Elaine, a friend. At the time, I too wanted Don to continue to hang with this group of boys. So I tried to speak to Elaine. But instead of the friend whom I came to enjoy over the years, I hit a brick wall. “Well what are the other boys doing to Don?” she demanded. I explained that my child did not see anything inappropriate done to Don. But my pleas fell on deaf ears and anger. My son’s friends soon refused to include Don, something I tried to prevent. In part because he had a “Not My Child” mom.

Flash forward to seventh grade. Another one of my many boys leaves dinner with friends in tears. Turns out that one member of their crowd, let’s call him Turner, is telling their mutual friends that my son is too “boring.” Turner wants to convince the crowd to stop hanging out with my child. Not because my son did anything mean, just because they were middle schoolers. In this case, I made the decision to guide my son rather than call the mother – let’s call her Susie. There should have been an open door for this type of conversation with Susie as she was someone with whom my family spent vacations, holidays, and hurricanes. But I was hesitant to tell her about her son’s behavior. Turns out that I made a well-thought out decision. Months later, after Turner caused some notable damage to some of my child’s relationships, Susie called me to ask why I did not offer Turner a ride to a party. Turns out that Susie didn’t get the answer she anticipated. Turns out, Susie, my one-time friend, the friend who spent hours telling me, “if my kid ever does anything inappropriate, I want to know about it,” really didn’t want to know about it. Her child was perfect. Her child could do no wrong. She was another “Not My Child” mom.

The moral of this not so happy story is simple. Tattle talers never win. We learned that in preschool when Johnny called you a poo poo head and the teacher simply told you to ignore Johnny. And it holds true as adults. As much as people say that they do not want to parent in denial, they want to parent in denial. That’s just the way it is. The majority of people want to maintain their fantastic bubble of perfection rather than work towards a more perfect reality.

So do yourself a favor. Do not try to burst those bubbles. Mind your own business. Eventually reality will explode in their faces. Hopefully without too much everlasting damage done to anyone.

I have recently started a site, the info you offer on this web site has helped me tremendously. Thanks for all of your time & work.