Tattoos: A Cry For Help

Posted by Renea Dijab of Suburban Misfit Mom on July 18, 2016 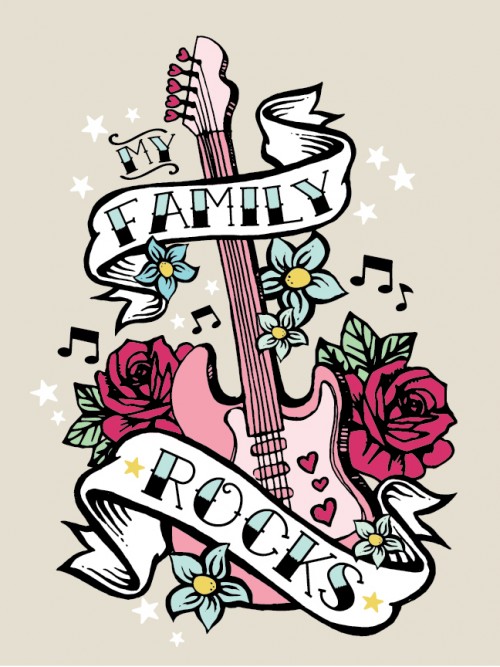 With a deep breath for courage, and a flicker of panic in my stomach, I am going to admit something to all of you, right here, right now, for everyone in the world to know: I do not have a tattoo of any kind, anywhere on my body.

Tattoos are now so ubiquitous in American society that it has become more shocking to acknowledge that you don’t have one, rather than the admission that you do. No longer the bailiwick of hookers and sailors on shore leave, it is now the de facto way to celebrate the birth of a child or the love of your life (this week.)

The fact that most major entertainers, celebrities, and artists are tatted up like they just got off a chain gang doesn’t help any.

And now, I am going to admit another thing; something worse than not having a tattoo. I hope you are sitting down for this: I think tattoos are tacky, disgusting, and in some cases, a cry for help.

Look at Demo Lovato, an admitted former cutter with substance abuse and mental health issues. Then look at her in a skin-baring dress on the cover of a magazine and it is hard not to be distracted by the fact that she apparently has several short stories written across her torso. I think, perhaps, tattoos are a socially acceptable way for her to “cut” skin and experience pain, rather than deal with issues.

I happen to think that Angelina Jolie is beautiful. She also has the longitude and latitude of the birth location of her six children tattooed on her arm. Two of those children are twins, and as such were born in the same place, so thank God, that is only five lines of tiny, indecipherable numbers on her bicep. She has hundreds of millions of dollars, yet when wearing a sixty thousand dollar designer gown, she looks like an ex-con.

Miley Cyrus is another one whose tatts seem to be a cry for help. In the middle of a Rolling Stone interview, she jumped up and darted off to the tattoo parlor and got “Rolling $tone” tattooed on the bottom of her feet.  In the middle of an interview. On a whim. On the bottom of her effing feet.  Though I am not a doctor, I play one on TV and that seems like bipolar behavior to me.

Just recently, it was reported that Miley got a tattoo of a jar of Vegemite, an Australian dark brown paste made from leftover brewer’s yeast extract, whatever the hell that is. She just permanently inked her arm with an image of what amounts to a jar of peanut butter, presumably because she is back with her Australian boyfriend, Liam Hemsworth.  No, that doesn’t seem like a mental illness at all. (Wink.Wink.)

How many stars, not to mention regular folks, have regretted tattooing someone’s name on their body? Don’t do that. Ever. That is what we call “not smart.” I’m looking at you, Johnny Depp.

I see people with “sleeves” and I just think that would make me crazy. I would want to scrub that off in the shower. I’m looking at you, Adam Levine.

There is a woman who had DRAKE, the Canadian rapper, tattooed on her forehead. Her freaking forehead! She loves Drake so much that she does the one thing that will ensure the man would never be interested in her in a romantic way under any circumstances.

Basically, if you have a tattoo anywhere from the neck up, you are making some lifestyle choices. I have a hard time making a decision that will affect me a year from now, but you go ahead and tattoo your face.

Okay, so I know that statistically, 75% of you reading this have tattoos, and approximately 72% of you are offended, angry, and perhaps want to hurt me. We live in a hyper-sensitive society where everyone’s threshold for offense comes up to their ankles, and outrage is the fallback position for all disagreement, but listen, it’s not you, it’s me.

Whatever you do with your body is your business and I support your right to do it. As long as you think it is beautiful that is all that matters.  So, don’t be offended, why would you give a crap what I think anyway?

Now that I’ve finally gotten this off my chest, I am going to go change my name and enter the witness protection program. “Not like tattoos? Who me? You must be thinking of my twin sister.”