Posted by Melissa Jacobowitz of Suburban Misfit Mom on January 28, 2016 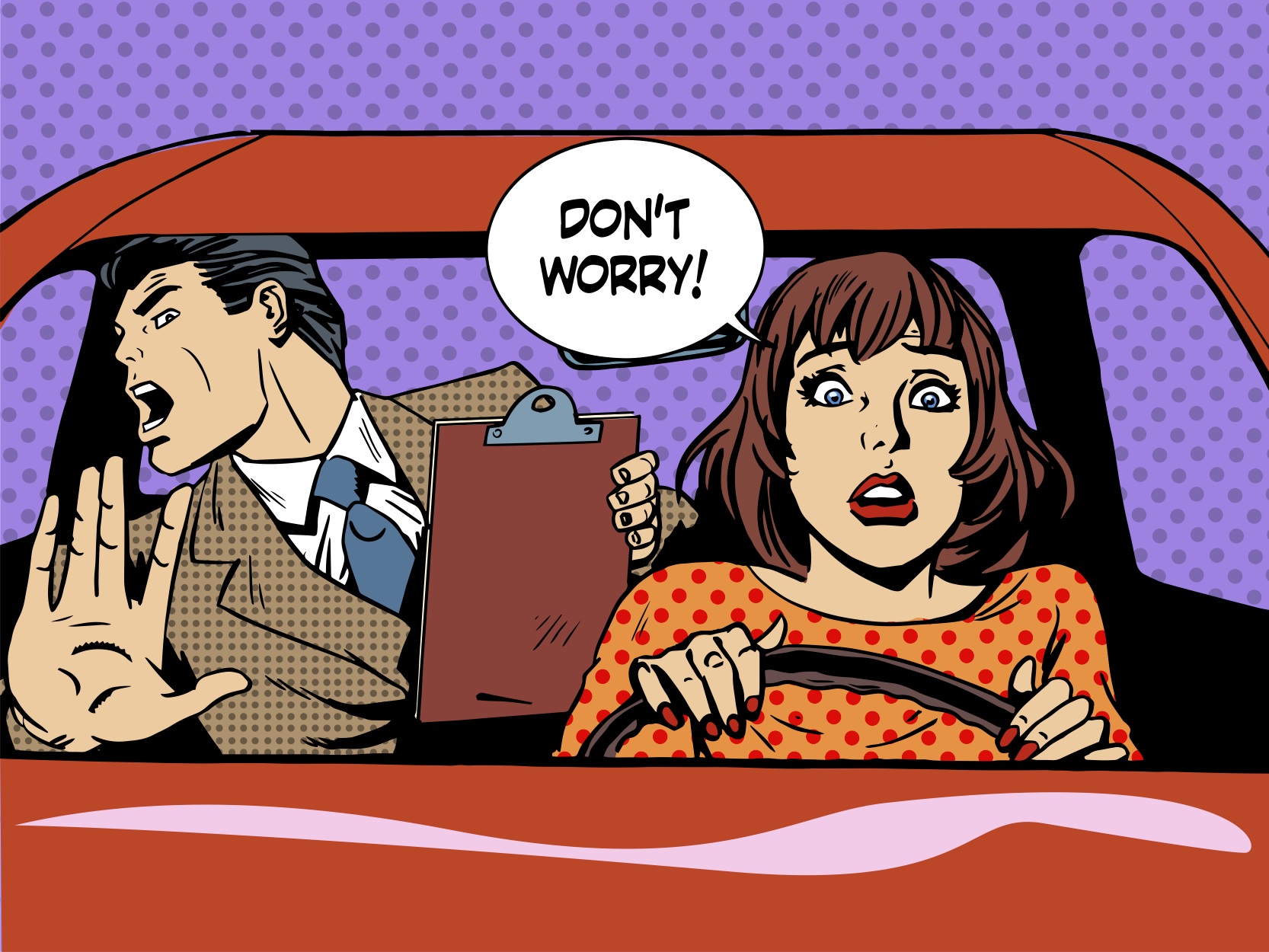 I grew up in the Bronx, which is borough of New York City, in a community called Co-op City.  It was sort of built to be a contained little town where most necessities, like schools, supermarkets, the library, a movie theater – were local.  It was a pretty cool place to grow up.   There was enough public transportation to keep me going where I needed to be.   When all the other kids were taking driver’s ed, I started working in the local supermarket.   I didn’t have time for driver’s ed and to be truthful, I didn’t really care to learn how to drive.  It just wasn’t on my radar and I could also walk to both school and work.   After all, I was a City Girl and proud of it!

Although I was not interested in driving, there were a few things that enabled me in my non-driving ways.   Growing up my dad was one of the dads that drove me and my friends everywhere we needed or wanted to be.  We’d squeeze into the back and listen to the Doo-Wop music on WCBS FM, as my father drove us the mall.    Then soon enough my boyfriend (now my husband) got his driver’s license.  One of my two favorite men would take me where I needed to be and it also allowed me to spend time with them.

I attended college in upstate New York, where even most of the drivers didn’t have their cars with them.  When I graduated from college, I moved back in with my parents and began working in Manhattan.  Public transportation was definitely the way to commute to and from work.  And if I needed a ride anywhere I relied on my daddy, my boyfriend or another friend.   Once we got married, we moved to a town that was walking distance from a commuter railroad on which I would travel to/from NYC for work.    My husband and I did virtually did everything together and if I was going out with friends, they either picked me up or we met in NYC.  No driving for me was still relatively easy peasy.  City Gal here!

Fast forward a few years to when my son was born and all the “what ifs” started.   My husband did all drop off and pick up from day care.    What if my husband was out of town?  How would I get my son to day care?  What if my son was sick and he had to go to the doctor?  What if my husband got stuck at work and couldn’t pick him up in time?Luckily my parents were always close by and if any of the “what ifs” came up, they would help us out.  (Thank you, as always, mom and dad!)  But I could sense that the time was coming.

My family and close friends knew that I didn’t drive.   But co-workers, neighbors and the other parents in our neighborhood did NOT know.   I mean, it never came up, so the assumption, if any, was that I drove. Why wouldn’t it be?  One night I headed out to dinner with a few other mothers from my son’s child care center.  I was able to get to the restaurant by public transportation from work.   But, how would I get home?   I remember bluffing something about my husband, the kids and the car, and one of the other moms drove me home.   No questions asked, but if I did spill the beans, I wouldn’t have been able to dodge another “you don’t drive??!” conversation.   Honestly, it never bothered me personally that I didn’t drive,  but extracurricular comments did get on my nerves.   If something about me doesn’t bother me, why should it bother you?

So a few more years went by and my daughter was born.   We were outgrowing our current residence and purchased a home about 20 minutes north of our current location.  I stopped working in NYC and I was going to be stay-at-home mother for a while.  So here I was a 39 year old mother of 2 moving to the “real” suburbs.   This was it.  It was time.   This was something I needed to do.   And not only did I need to learn – I wanted to learn.   I will learn (or relearn) how to drive.  And be a driver.

I signed up for driving lessons and was SO nervous!   But, I got behind the wheel and thought to myself “I can do this.”  Mirrors adjusted, hands on 10 and 2, blinker on, foot on gas and off I went.   I’m pleased to say that I did catch on again very quickly.   It was like riding a bike! (well, maybe not for me – cause I don’t know how to do that either!  I guess transportation was never my strength.)  I wound up taking 3 refresher lessons and I was well was on my way.

A friend asked me if I regretted not driving all of these years, not only because of the ease of getting places, but because of the freedom it can bring.  In complete honesty, I’d have to say no.   I like to think that everything happens and every decision we make is for a reason.   If I was a driver, maybe I would have worked elsewhere and wouldn’t have built my career like I did.  If I was a driver, maybe we would have had kids sooner or later – and I wouldn’t have had the kids that I have. Truly no regrets whatsoever on the driving thing.

We have to do things when we are ready – and ignore the “supposed to’s.”  Driving became important to me and a necessity to my family. Whether it be driving at 39 or starting a new career at 50.  If it’s important to you and/or a necessity  – GO FOR IT.   If it’s not, it shouldn’t be a big deal – do what works for you.   And again, if something about me doesn’t bother me, it should be a non-issue to others.

I’ve been officially converted to a driver – on my terms and timing.  Oh, I have another mind blowing secret for you while I’m here – Don’t tell anyone, but we were a one car family until recently.  And yes, we survived just fine.