Posted by Martina Aiko of Suburban Misfit Mom on April 10, 2017 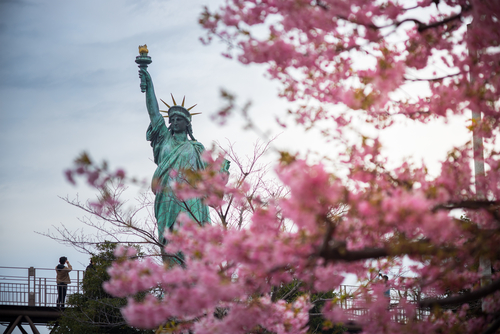 It’s a word that conjures up any number of ideas: the American Dream, Hollywood, multiculturalism, athleticism (okay, and obesity), pop culture…and, now, maybe even Donald Trump.

I am a US citizen, not from a long line of proud US citizens, but by chance, because I was born in Texas to my two lovely immigrant parents who happened to be working there. I left the US when I was nine, and feel no great connection to the country or to my status as an ‘accidental American’.

I do however have a number of relatives who, unlike me, are US citizens not by accident but by choice. They chose to go through the arduous process of obtaining citizenship, because, a couple decades ago, being an American seemed such a desirable status to have. Now many of them are opting back out, renouncing their citizenship. And I’m wondering if I should join them.
Talking to my family it’s clear that this image of America has shifted for us in recent years, particularly with the election of Donald Trump. Beyond the various practical nuisances of maintaining US citizenship now that we no longer live in the States and have no plans to return, the US has become a place that we just don’t want to be associated with.  Gun violence, racism, homophobia, Islamophobia, a system that in many ways clearly doesn’t support women…these, among others, are all issues that regularly feature in the news with regards to the United States. The issues seem exacerbated by the changes Trump and his Cabinet are putting into place, and the things they are saying within the public forum (Trump’s Twitter being a prime sounding board for attitudes we don’t adhere to).
But hang on. We’re just one family (albeit a large one) and we don’t have a monopoly on how the world outside views the USA at the moment.
A quick glance at the Internet indicates that Trump is a root cause of much of current US criticism. From his political activity, to his petulant tantrums, and even his tiny hands, internet trolls seemingly from around the world are having a field day with the current US President. It’s even been suggested that Barack Obama passed the title of Leader of the Free World not to his successor as would traditionally be expected, but to German Chancellor Angela Merkel.
I’ve been speaking to people about this pretty much any chance I get. These have been friends, neighbours, and strangers from different backgrounds and ages, and who speak different native languages, but the general consensus is this: the United States has become a country that generates a sense of fear and uncertainty – a far cry from the historical American Dream. No one is laughing.
I’ve heard the US being described as “volatile” with people fearing the effects Trump’s presidency will have on global security and the environment. Many I’ve spoken to are baffled that such an advanced nation could fall for a megalomaniac like Trump, expressing both sympathy for those who didn’t vote for his presidency, and frustration for the Democrats for failing to fully understand the desires of the American people, particularly in the so-called Rust Belt. The electoral system has also fallen under criticism, being referred to as “shameful” and “a relic of slavery”.
I’ve heard these kinds of comments made not just by ‘outsiders’, but by born and bred US citizens, too. One lady I spoke to from New York even said she had visited her family recently to say goodbye, with no plans of returning to visit them until Trump is out of office and, as she put it, “this madness is over”.
But it’s not all been doom and gloom. I do have one neighbour, originally from Turkey, who is looking forward to a holiday in Florida with his family in the coming weeks. He says he loves the USA, and would move there in a heartbeat if he could. From snowy mountains to near-tropical beaches, the US has it all, he says. It’s just a shame that he is exactly the kind of guy Trump doesn’t want.
Share 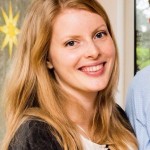