Posted by Melissa Jacobowitz of Suburban Misfit Mom on March 31, 2017 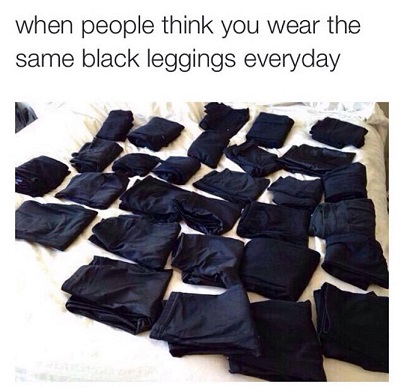 America’s latest controversy is over leggings (so proud!)  If you’ve been hiding behind your Levi’s over the past few days, I’ll briefly fill you in – United Airlines did not allow 3 females, including at 10 year old girl, to board a plane because they were wearing leggings.  When I first heard this news coverage, it seemed rather insane to me that a 10 year old was banned from flying because she was wearing leggings!  It turns out that the passengers denied entry to the flight were flying as “pass travelers,” meaning they were relatives or friends of a United Airlines employee.  And as they are representing the airline, there is a specific dress code.

The more I heard about the situation, the more I understood United Airlines’ stance.  Maybe it can be considered antiquated, but it is their company policy for pass travelers and it’s been this way for quite some time. (See all? It does pay to listen to BOTH sides of a story.) Anyway, I still think they could have let the 10 year old slide, but hey, it’s not my call.  And since I don’t know any commercial airline pilots giving me freebies anytime soon, I have no personal stake here.  Let United do United.  But not for nothing, if you are giving me a free ticket and you ask me to dress up as a clown or a ninja or something….I’m stopping by the costume store on the way to the airport.

That said, I do love me some leggings! I was thrilled when they came back in style with a vengeance a few years ago. Popular in the mid 80s to the mid 90s, they seemed to have dropped off in coolness for a while, but they are back – and better than ever.

There are certain unwritten rules – for example, long and flowing tops, like tunics and ponchos, are your friend. With a little experimenting and people watching, most can make leggings work as pants.  Cause if leggings aren’t pants, I’m technically walking around pantless.  A lot.

His question: “Another one? How many of those do you need?”

My response: “They’re all different!”

His response: “They’re all the same!”

Men, right?  Of course they are not all the same. Ladies, do you have any issues telling the difference between all of your black leggings?  Of course not!  It’s easy. I don’t understand how the man in my life can’t see it?

Besides a slew of plain black leggings from different stores (Old Navy, Gap, Banana Republic, Kohl’s, Target, Costco, among them), I’ve got quite the black legging inventory:

How hard was that?  How could you not tell the difference?  All black – but each unique in it’s own way. Dress ’em up. Dress ’em down.  And everything in between.  Comfortable, versatile and most definitely my go-to pants.

But if I’m not allowed to wear them on a flight that’s given to me for free, so be it. Just know though – that if you do happen to spy me in pants other than leggings, hopefully it signals that I did score that freebie flight courtesy of United Airlines and headed somewhere quite relaxing……