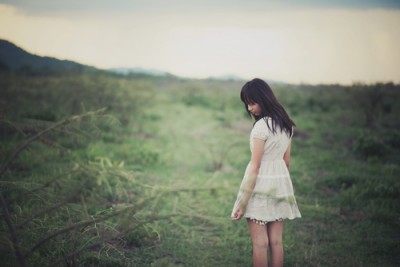 There will always be parents going to extremes to check up or even “spy” on their children to find out what they are doing. They’ll say it’s to make sure their kids are staying out of trouble. In the world we live in today, I get that we have to be very cautious with regard to what our children are exposed to now that technology is bundled up in a convenient little device that fits into one’s pocket. When our kids are teenagers there will always be the sketchy friends, parties, sex, drugs, etc. to worry about. While I do understand the need to make sure your child is safe at all times, I struggle with the mindset of invading their privacy and thinking that it is your right to do so as their parent. My line of thinking is that open communication and discussion (although sometimes uncomfortable for both parties) is the way to go.

Trust me on this one as I speak from experience. The most painful time of my life was based on a betrayal and overreaction of such significant proportions, it would change my life forever. It is why I will always choose to be upfront and forthcoming with my children about my concerns for their safety – even if it involves questioning that invokes squirming and embarrassment.

I had always thought of my dad as mostly awesome when I was young. He was very active with us, he said loving things, and he was there for us. He ran a tight ship in his household, though, and we learned that quickly after he got custody. Little did I know that my new safe haven was about to take a drastic turn.

Freshman year had recently ended when “it” happened. It was approaching the 10 month mark at Dad’s house and it was summertime.  At that time I was  grounded with no TV or radio allowed since I had reacted badly to the ridiculous “rule book” given to us by our new Stepmonster. While lying on the couch in the basement reading a book, my entire world came crumbling down.

Dad came flying into the room, grabbed my two feet and yanked them so hard that I fell off the couch, smacking the back of my head on the basement floor. He dragged me by my feet through the sitting area of the basement, down the hall and stopped at the door of my bedroom. I was so confused, terrified, and shocked that my whole body felt like it was convulsing.  What was happening? My father had never hit us. At worst, he would drill his pointer finger into the little nook where the shoulder meets the collar bone…but that was it. I shouted to him asking him what he was doing? Why was he doing this? What had I done? No answer.

He told me to stand up and then pinned me against the wall. Then he said things like this: “You are a horrible child! You are a drunk! You are despicable! How could you do this? I hate you!” A quick thought that I might die right here right now buzzed by. Would I be suffocated by the hands of my own loving father that was having some sort of psychotic meltdown? He was ranting, crying, and spitting at me. I’m sure my brain makes this memory foggy on purpose because it just about broke my fourteen year old self.

He told me to get in my room and shut the door. I lay there combing through my brain to figure out what I had done. The only hint was that he had called me “a drunk”. I thought back to a party I had gone to recently where I had my first beer. I remembered a ride I had taken to a liquor store with a friend of mine’s brother. He was this handsome, edgy-in-a-sort-of-dangerous-way type of guy. I barely knew him or much about him. He smoked pot and drank a lot and he scared me in a bad boy kind of way. I had waited in the car while he ran in to buy some beer for himself, his brother, my girlfriend and I. Later that day, he and I smooched just before I left. I felt like I was really living life on the edge (I know -pretty lame). But how could my dad know these two instances I had with alcohol? Or that I had smooched this rough around the edges druggie boy? It just wasn’t possible, and it certainly didn’t warrant this kind of reaction.

What I can tell you is that we were banished to our rooms “until further notice”. When we asked about dinner – he laughed. Fortunately, my sister was allowed to come down and be with me in my room. We held each other and cried, desperate to figure out what we had done wrong to upset him this badly.

In the morning, I was stopped short of buttering an english muffin and told that I was not allowed to eat.  I returned downstairs where we would remain for two more days. My cool room in the basement was beginning to feel like a jail cell.

We sat and talked about what the worst thing we had ever done could be and what if that was the one thing Dad had found out about? Impossible -we thought. Also, if my 2 or 3 dabbles with beer had caused him this much anger, I felt beyond worried for his mental state and even more so for our safety.

We were hungry. We would wait until the grandfather clock had gonged 2 gongs so that we knew it was 2AM (they would be fast asleep) and I could sneak up and steal Saltine crackers for us to eat. These felt like the longest days of my entire life.

At the end of day 3 of being banished to the basement, Dad and Stepmonster called us upstairs and dropped the bomb. For 3 months our phones had been tapped and there had been a private investigator hired to follow us. So they did know everything after all. Even worse, apparently they knew more than I did because the bad boy I locked lips with was some sort of huge drug dealer in the community and the police knew him well. They were unconvinced that I had not known this about him. As if the unveiling of this cruel intrusion wasn’t enough, they challenged every defense that came out of my mouth.  The most extreme invasion of privacy had just taken place by the one person in my life I trusted the most and loved so much.

“What do you have to say for yourselves? You owe us the biggest apology of your lives!” they demanded.

We sat frozen and sick to our stomachs. The word WHY soaring through my head.  Mainly it was my brain trying to understand the reason for it. Dad said he came up with the idea because his boss had hired someone to spy on his kids and was shocked at what he had found out.

They were not given the apology or response they wanted from me. So I was sent back to the basement where I would spend more days and this time in solitary confinement.  I journaled during those very dark days to keep me going.

And then my prayers were answered. He told me to pack one small bag. He asked me to remove my contacts from my eyes and to leave my glasses behind. He told me to leave my address book handy so he could phone all my friends parents to tell them I was a bad influence. He had let the cheerleading coach know that I wouldn’t be attending camp and would be quitting the team.

We pulled out of the driveway and they told me to take a long last look at their beautiful dream home because it was the last time I would ever see it. He commented that I was going back to the “poorhouse”. The Stepmonster handed me a giant book entitled  How To Take Care of Yourself . This ironic move of hers incenses me to this day; especially now that I’m a mother.

He dropped me at my mom’s apartment and threw my backpack on the ground. The last words I would ever hear from him were something to the effect of  “Have a nice life you fucking piece of white trash! You’ll never amount to anything!” Harsh words for a 15 year old that drank some beer and kissed a drug dealer.

Given my experience, I strongly feel that parents going behind their child’s back to spy on them just for “fun” rips families apart. Teenagers have friends so they can say the things they can’t necessarily say to their parents. Parents are not meant to hear every thought or experience their child has. Everyone needs to fall down, have run-ins with shady people, get their hearts broken, and take risks. It takes a village, not an overprotective or overbearing authoritative figure. Invading someone’s privacy to that kind of degree can cause your child to turn on you, to have trust issues, to never let their guard down in life. And most of all, there is the sting of betrayal that is very hard to wash away.

Trust is really the bottom line here.  Pulling the rug out from underneath a person during such formative years is devastating. I encourage parents to foster open dialogue and to be realistic. Share your mistakes from your youth with them: the experience, the consequences, and the outcome. Maybe it will help them to identify with you in a way that is typically challenging in the parent/child relationship. I’m no expert, but after 21 years without my father I think we can all agree that trust is a beautiful thing when it’s a two way street.