The Day I Didn’t Die. (How you deal with a failed suicide attempt)

Posted by Julie Lachtay of Suburban Misfit Mom on September 29, 2016 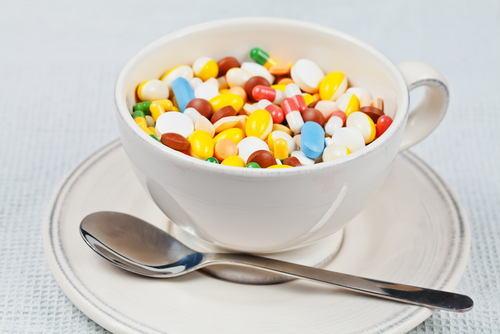 I woke up freezing cold. My head felt fuzzy – not like a hangover. More like the way you feel when you’ve been to the movies in the day and you walk out into bright sunlight; and it takes you a few minutes to readjust to being in the real world.

I wasn’t sure where I was. Or what was wrong. An overwhelming sense of dread and disappointment washed over me but I couldn’t figure out why.

I looked at the clock – I’d slept for almost 14 hours.

THEN I realized what was wrong – and why I was so disappointed. I was AWAKE. This meant something terrible had happened. Something so soul destroying and heart shatteringly heinous to me.

I so badly wanted to. I had been wishing to go to sleep and not wake up for – well as long as I could remember. I had been on anti-depressants and anti-anxiety meds for almost a year.  I had planned my death so well. No drama. No fuss.

People always say suicide is a “cry for help”. Oh please. I didn’t want help. I wanted to die. I had googled the best way. I yearned for death – it held no fear just the promise of a release from my life which had somehow gotten so empty, pointless and miserable that I just wanted it over.

I’m not good with pain though. Pain terrifies me. Pills and booze then. Obvious choice if not original. I appologise for my lack of imagination but I was depressed, highly medicated and not at my most creative.

It always sounds so easy – and peaceful. Swallow sleeping tablets, with alcohol. Both in large quantities. Lay down, close your eyes and – goodbye cruel world.

My online research had flagged problems though. Too many pills/too much alcohol at once and you risked throwing up before you died. Not enough pills and WOAH- mother of all hangovers and you didn’t die.

I decided to mix pain killers with sleeping pills AND anti-nausea meds. Clever huh?  A friend of mine had gone away for two weeks and given me keys. She knew how miserable I was in the aupair job I had (it was this that led me to be researching how to end my life) and thought I’d appreciate somewhere to escape to.  The little girl I looked after had gone away with her Father so I’d been given the weekend off. I told my boss I was going to stay at a friend’s; not strictly a lie.

I left on the Friday afternoon, planning to die on the Saturday. I figured it would be Monday night before my absence was noticed, and as nobody knew where I was and my friend was away – no chance of anyone finding me or stopping me. SEE: not a cry for help. A plea to be left alone, in peace. Forever.

I spent that Saturday buying as many pills as I could (I’d been stealing them from my boss’ medical cabinet for weeks) and buying two bottles of Southern Comfort. It was a beautiful August day. I remember the sun was shining and as I strolled from Hampstead across the Heath to my friend’s house I felt happier and calmer than I had in months. It was all going to be over.

Rather strangely I remember getting there around 2pm and waiting until 6pm as 2pm seemed too early to start drinking. Only alcoholics drink bourbon home alone on a sunny afternoon. Weird train of thought but I remember it clearly.

And yet – here I was. ALIVE.  I had no clue what to do. I might have survived the pills/bourbon cocktail but I felt pretty rough. I sneaked back into the house I lived in the next morning after my boss had gone to work. For the next few days it was impossible to stay awake. A shit load of sleeping pills will do that.

One morning my door flew open. I was out cold. I had no idea what day it was. What time it was. How long I had been asleep. It was my boss standing there screaming at me. I was a waste of space. This was not fair on her. This wasn’t what she was paying me for. I was too fuzzy and drug fucked to respond or know what was going on. She stormed out leaving me shaking and sobbing.

THIS WAS IT. I knew I had to get out of that toxic environment.

Oh – I haven’t told you WHY I decided to die, have I? The straw that broke the camel’s back.

Previously to being an aupair, I had been in Thailand teaching English. I’d given away everything I’d owned, bought a one- way ticket and headed off to ‘The Land of Smiles’ to live the dream.

That hadn’t gone to plan and nine months later I’d found myself homeless, without a job, with very little money and been diagnosed as severely depressed. After a brief spell at a psychiatric hospital, a week or so, I was allowed to stay on my own as long as I reported to a nurse every two hours (I was considered” high risk suicide”. Imagine that?). I’d been given meds and got to a point where I could function. Enough to realise I needed to get home and get help.

Cue – aupair job.  My boss took absolute advantage of my situation. She knew I had no family, few friends, no money. I couldn’t leave.

The day I knew I was done, that my life was as pointless as it was painful, was the day I woke up to an email. From my boss. She had emailed me at 5am. From her bedroom – roughly 2 feet from mine. It said:

I DON’T BELIEVE YOU HAVE ORGANISED G’s PENCIL CASES THIS WEEK!!!

(the capital letters and exclamation marks are hers, not added for emphasis).

I was 44. I had a First Class (hons) BA. My dissertation got the highest grade in my university. I was qualified to teach. I had backpacked across Africa, walked with Gorillas, ridden elephants, had tea in the Sahara, played pool with Masai Warriors, built roads in DRC, watched the moonrise in Malawi. I’d lived in Germany and Greece.

HOW THE **** did I get to a point where I was being yelled at for not organizing a pencil case at 5 am?

That was it. Enough.

That day – after she had stormed into my room screaming, I waited for her to leave. I went to my GP and told her what had happened. She was incredible. Within hours I was in a psychiatric unit (back on suicide watch) but safe, out of “there”.

From there I was placed in a shelter. I was homeless.

No. I believed I was worthless, useless. It was beyond my comprehension that anyone would give a **** about me. Why would they? At that time I genuinely could not believe that I would be missed any more than last year’s Christmas cards.

In my defence – the year before when I’d left to go to Thailand (forever), only one person wanted to say Goodbye and she is no doubt reading this. I love you. I know how much I hurt you and I am more sorry for this than you know.

There were no Goodbye parties, no Good Luck cards, nobody offered to come to the airport to see me off. I left believing nobody cared if they ever saw me again or not – so why would they care if I died.

Allow me to introduce myself. My name is Julie Lachtay. I’m an Intuitive Happiness Coach – I get to teach woman how to rewrite their limiting beliefs, unlock their super powers, unleash their joy and create the life they dream of.

I’m a writer – here for SuburbanMisfitMom and for The Huffington Post and Linkedin. I just hosted my first LIVE radio show. You can listen here if you wish.

I LOVE my life. I am crazy happy. And – I don’t regret a thing. Everything I have been and done has made me who I am. And I’m freaking AWESOME (now.)