Posted by KT Faith of Suburban Misfit Mom on January 22, 2016 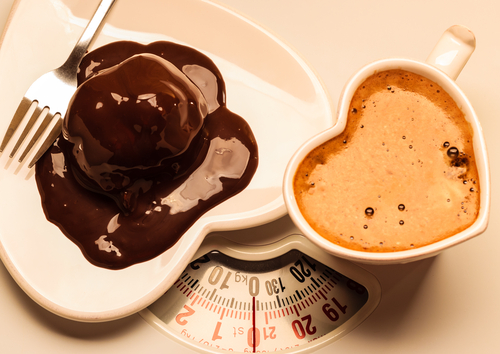 Let me start by saying I am NOT suggesting that in order to get those holiday cookies and decadent chocolates off your midline you file for a divorce. Nor am I saying that it’s any fun slimming down because of a divorce… but the upside is that it sure is great dropping weight without technically meaning to (when you are somewhat of a yo-yo dieter anyway), especially when you embark on a new path of self.

In the divorce world it’s a common term known as the “Divorce Diet.” I’ve spoken to many fellow divorcee’s about this phenomenon and we all seem to agree. Without meaning to, without trying, you simply lose weight because of the emotional roller coaster ride we take. The ups and downs, the flips and spins… it’s just what happens.

For me it began when I made the mental decision to leave my ex. I had already put the plans into motion. I had the lawyer picked out and a meeting set up with her. I confided in my family and two close friends. But keeping a secret about myself, ate me up inside. My head was filled with things I had to do to prepare for the biggest decision I would make. I was constantly planning, journalling, seeing my therapist. I kept busy. So busy I forgot to eat. My stomach was in knots from the anxiety and stress and I basically had no signs or signals of hunger. The hardest time came at family dinner. I wasn’t able to easily fake being hungry. See, I like to cook. And I am an eater. And everyone who knows me knows this. So when I ate only one lamp chop instead of my typical 4 or 5… it was obvious even to my mentally and emotionally absent (soon-to-be ex) husband. “Why only one lamb chop?” he asked.

I remember for a while every morning I ate a piece of cinnamon raisin bread with butter, instead of my typical high protein breakfast smoothie. I couldn’t seem to stomach my norm. When I forced food in my mouth it was strange things I never ate, like carbs, which had been taboo for years.

Soon my Dad commented, “KT, you have to eat!” “Dad, I can’t. I just can’t.” Even after I told my ex that I wanted a divorce, I still kept quiet to the world. I believed that before the gossip started and the masses starting hearing about my marriage fail, my children should know. And I just wasn’t ready for them to know (and it was suggested by our therapist we hold off). I am usually an open book. I am known to share myself freely. Keeping this secret to myself was literally eating me up.

After about a month, I had friends asking me if I was OK. I was paranoid it was obvious that I was hiding this secret.  One friend asked one of my other friends if I was ill (like as in had a disease) because I was shrinking into nothing. I can see why too….my clothes were beginning to look sizes too big. I just wasn’t “trying” to lose the weight so I wasn’t focusing on it. Instead, I was looking for a new house and a new job…eating was not on the to-do list. I had a new life to plan for.

I remember the day I went shopping for a new pair of jeans and I grabbed a size smaller than my normal. They were too big. I tried on the size down, guess what? Too big. The size I walked out of the store with was a ridiculous size according to me but it was like a badge of honor. In my heart I knew they would only fit for a short while and I didn’t care. I wanted to mark the moment.

In those few early months I allowed myself to feel and embrace the smaller version of myself. I wore bikinis without covering up. I wore short shorts and tiny tank tops. I felt alive and sexy. This was great for the new single-me. My confidence soared.

I wore those jeans a handful of times before they started feeling a bit snug on me. I wasn’t upset by that either. I wanted to get back to myself again and eat.

While the “Divorce Diet” is real, it certainly is temporary. Once you find yourself in a healthy place and are actually happy and free, your body wants to get back on track. I welcomed the “new/old” me. I enjoyed eating again with no regrets. At least for a few years anyway. Today, I would love to wear those jeans, but only for a night. Ok, maybe two.

Great – I should certainly pronounce, impressed with your website. I had no trouble navigating through all the tabs and related information ended up being truly easy to do to access. I recently found what I hoped for before you know it at all. Reasonably unusual. Is likely to appreciate it for those who add forums or anything, website theme . a tones way for your customer to communicate. Nice task.