The Joys of Online Dating

Posted by Ailish Delaney of Suburban Misfit Mom on August 24, 2016 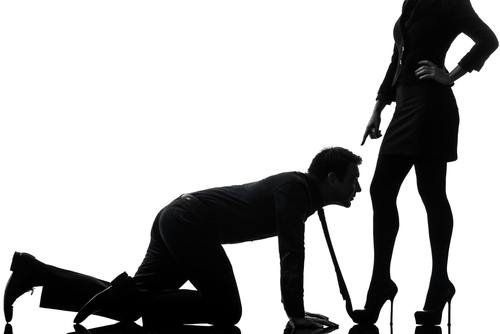 I could just end this post here, and you would get the idea, but I won’t because, well, I like to talk.

I’m 47. I’m a single mum of three and a nana to a beautiful little boy, and possibly another one by the time this is published, but there is another one due very soon.

And those two facts alone seem to present something of a quandary for single middle-aged men.

Apparently, if the men on the dating site I visit on an intermittent basis are to be believed, single mothers are desperate for sex, but grandmothers are past it.

Which makes me something of a paradox.

Let me just say, before we go any further, that I am neither desperate for sex, nor past it. Give me a mug of cocoa over bad sex, or even mediocre sex, any night of the week. And because these men think that as a single mother I must be ‘gagging for it’, I can guarantee that their performance would be, at best, lukewarm. They don’t need to make an effort, or so they think. We’re just grateful for the attention.

The thing is, when us ladies reach middle age, we can’t be bothered wasting our time on shit sex. It’s pointless. It interferes with our sleep and makes more washing. Really, it’s that simple.

We’ve sown our wild oats, and had the good, the bad, and the ugly of partners, and unless you have something special to give, we’re not going to be bothered.

And by something special, I don’t mean material things. I mean personality, sense of humour, kindness…we don’t need to be taken care of financially – if we’ve made it this far in life believe me, we are self-sufficient.

I’m not a slim woman, by any stretch of the imagination. I’m curvy, full-figured, voluptuous…whatever you want to call it. I would say plus size but I hate that term, but what I’m not is skinny. And there is nothing wrong with skinny women, there’s nothing wrong with any woman actually. I think we’re all beautiful, and pretty fucking awesome.

But the reason I mention my figure is that, at 47, I am supposed to have the body of an 18 year old, according to these guys. I kid you not, on the majority of profiles, these men will list at least two of the following: long hair, big boobs, slim, sporty, wears high heels, wears stockings, looks after herself.

Which is ok, everyone has their preferences. But when you look at the kind of men who require these things, invariably they are bald, have man boobs, tubby, haven’t seen a gym in years, wear socks and sandals and haven’t seen a dentist in years. I’m serious. I mean, wtf??? How can they, with all their imperfections, demand such a lot from a woman?

I personally think men are sexy when they are bald, and I prefer a man to have something to grab hold of, but I would never state that on my profile. (The socks and sandals I would have to draw the line at. And the bad teeth. No no no no no.)

And have these men any idea how bloody difficult stockings and suspenders are to actually do up when you have big boobs, and even more so when you have hips to match? You literally have to move bits of body out of the way and try and keep them there while using both hands to do the suspenders up. Using the crook of your arm to hold your breasts hostage while you grapple with elastic is only going to get the date off to a bad start, and possibly dislocate your shoulder.

And heels? Yes, they are lovely when you are going for dinner, or somewhere classy. I am known as something of a shoeaholic, but even I don’t want to wear them day in and day out. I recently wore a pair of high heeled ankle boots to a coffee date and threw my back out for two weeks! I am much better company when I am comfortable, believe me.

It’s a fact of life, (and I am truly sorry to my kids if they are reading this but you know…) that when the average woman reaches middle age she has seen her fair share of men’s members. So why oh why do men think we want to see more by way of webcam? Yes, I am talking about the dick pic. Really, at the best of times they are not the prettiest of things to look at, but we certainly don’t want to see a stranger’s penis poking out from grey pubes. Or even worse, no pubes. It does nothing for us, guys. Just stop.

Which brings me to my next point. I am 47. I reached puberty around 34 years ago…I am NOT going to try and reverse the process by shaving off all evidence of it to satisfy a bloke. A spot of gardening, yes. But taking up the entire lawn to lay down a concrete driveway? Not a chance. Don’t be lazy, spend a moment looking for it, and if you really need it signposted then it doesn’t hold out much hope that you know what you’re doing once you get there.

And all of that before you’ve even met.