The Lessons I Learned in Six Marathons Over 40

Posted by Jodi Skriloff of Suburban Misfit Mom on February 5, 2016 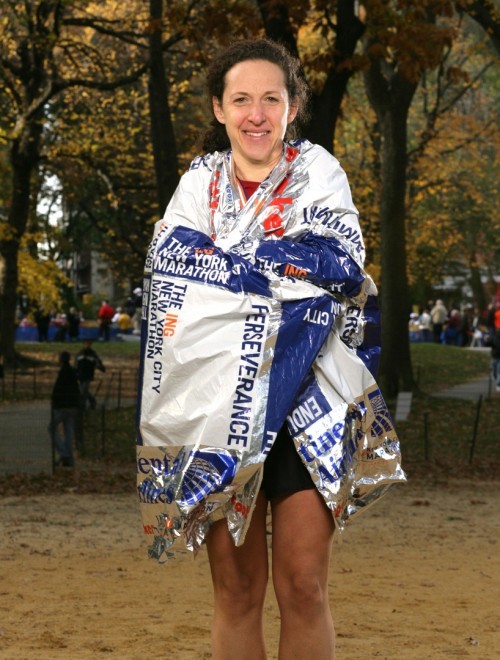 This is the true story of how I turned into a 40 year old athlete. Let me share my background. I have always been into fitness and the outdoors. I started really taking an interest in exercise and nutrition early in my teen years. Weight was always a bit of an issue, but not until I turned 40 did I connect with the feeling of accomplishment in both diet and fitness. This connection ultimately got me on the road to becoming a warrior marathon runner.

As I entered the summer before my 40th birthday, I decided that I was going to make a few changes to my diet. Taking charge of a few little things that I let slide over the years such as the daily cup of dry lucky charms as a snack and the sugar and half and half that I put in my coffee (making it more like a coffee milkshake). I also decided that even though I’d rarely missed a day walking or doing some sort of exercise, when the school year started I was going to ramp up my current, comfortable routine. My youngest was entering Kindergarten so I had all day to finally take care of myself.

So the journey began… I started intense bootcamp/interval training and spinning workouts several times a week. I turned my “healthy” diet into clean fuel for my body and lastly made the transition from a walker to hard core runner (sort of by mistake). I had a mentor who had a mission but didn’t make me aware of this until I was hooked.

This will give you some insight on the timeline of the evolution from healthy mommy to hard core marathon runner. I was a group leader for Canyon Ranch in Lenox, MA for many years. I would have groups of 40+ people joining me on the annual pilgrimage to the Berkshires. One of my favorite things to do there is the 7am walk. It is such a great way to start the day, and in the 20 years of attending during various seasons, I don’t think I have missed one of them. I am at the Ranch and am turning 40 in a couple of weeks, I decide that I am going to mix it up and try the morning run. Why not? I am strong, fit and fueled well. This is a 3 mile run and I thought I could try it and if I had to walk a little that would be fine. Little did I know that my “official” first run of 3 miles would be the start of something that I never expected. I loved it!!!

That was the point of no return. I started running a couple of times a week. I was running with my mentor/trainer and he would never tell me how far we were going. We would talk the whole time we were running, and when I asked anything about the run he would change the subject. After each run I would get in my car and clock the distance. I was quickly increasing to 4 or 5 miles and upward of that. 8 weeks later, I was signed up for a half marathon and completed a 12 mile run. This pace increased. I started going to races in the city and in Westchester and placing in my age group. How thrilling! I was never an athlete, I was an exerciser. I was getting hardware (trophies) and experiencing competition like I never had before.

I started learning about distance running, training, recovery, nutrition, etc. I was becoming an expert and helping anyone that asked. My family even became part of my training. We would add rubber bands to a big ball after each run to see how big it would get in a certain amount of time.  We tracked the miles that I logged and put them on a map to see how far I ran.  We would find inspirational quotes and stick them on folders.

Following the half marathon, I decided to put my name into the NYC marathon lottery without telling anyone. No one got in through the lottery, but I applied anyway. I GOT IN!!! Oh boy, now I had to train and run it. I embraced everything about it and trained like a maniac all summer and fall.

Back track to the first “official” run, and now I was back at Canyon Ranch with my group and leaving a day early because it was marathon day. The day of the NYC marathon was exactly 1 year after that first 3 mile run. This was crazy to me! Remember, a year ago I was not a runner, and for that matter, didn’t even like running. I caught the bug in a major way.

A couple of months later, I went to watch my brother run the Boston marathon. There is nothing like it. If you are not familiar with this marathon, you have to qualify with a full marathon in order to run. This is the marathon of all marathons and after being there I knew that I had to run this next year. I had to take 20 minutes off my time and had to start training now. Over the next 6 months, I trained like a madwoman and in September met my goal and qualified to run Boston. Just to put it in perspective, I now have run NYC, Hamptons (qualified), NYC again and then Boston in April. Lots of miles in a short time. Following my first Boston, I went on to run Chicago and Boston once again.

The experience of achieving these goals was next to none. I have now modified my routine quite a bit and love to be outside doing whatever I am feeling like doing without a rigid program. The confidence that I gained during this time changed the way I look at goals.

Reach high, try new things and never say never. Once you accomplish something no one can ever take it away from you. 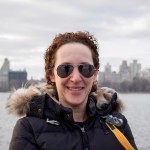