The Real Reason Why Trump is PISSED

Posted by KT Faith of Suburban Misfit Mom on January 18, 2017 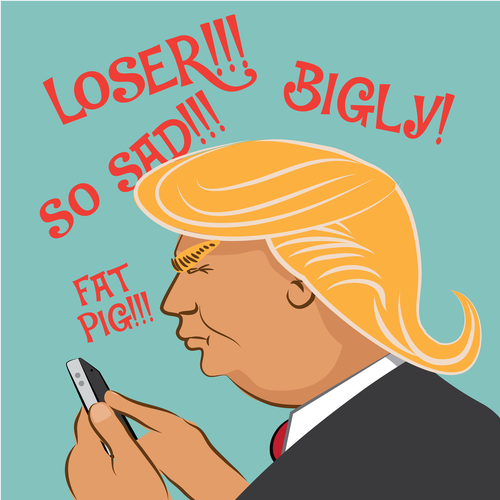 This week the world learned that there are claims our soon to be President engaged in very dirty sexual acts (aka Golden Showers). Between some of the immediate hash tagging, “#pissedoff, “#goldenshowers, “#urinetrouble, “ it was obvious that this one would not soon be forgotten and would surely gain momentum as the jokes on late night TV and SNL were reposted and commented upon. They went viral. The memes were created. One can only hope that this shit show doesn’t end up in just that. Dirty Sanchez anyone?

What is next? Do I dare ask? Are we thinking “Alabama Hot Pocket”, “Kentucky Klondike Bar”, “The Panamanian Petting Zoo” , “Landshark”. If you don’t know what these dirty little acts are, it’s ok. I didn’t know either until I looked up “dirtiest sexual acts the incoming President may or may not have done or will do” on google and found these gems which I must forewarn you, are horrific IMO: http://jezebel.com/the-10-grossest-sex-acts-as-described-by-urban-dictiona-1627699479

If you have ever had experience with a narcissist then you know that the worst possible thing you can do is embarrass him. To the world he must be the expert in all fields. He must be seen as untouchable. He must feel popular and desirable and one who is envied. When someone tries to take him down he will become ruthless and make threats. He will play dirty, will want revenge and often will have tantrums like a bratty kid. This is all likely because of something that occurred in his childhood, a learned behavior from a parent or someone close to him. Does this sound familiar?

DJT calls GoldenShower-gate “Fake News”. Really?! “Fake news” is saying on record that you saw first hand people cheering and clapping when 911 happened. “Fake news” is saying that Ted Cruz’s father had something to do with the JFK assassination. “Fake news” is claiming that President Obama is not a US citizen! And the list goes on and on when it comes to DJT’s “fake news”. Why is this maniacal, narcissistic asshole able to get away with saying such hypocritical claims? We have the answer now….. BECAUSE HE IS PISSED! Literally!!!

DJT is pissed. He’s been embarrassed and this is how he reacts. Yes, he is so pissed that after hearing the “fake news” that he likes to engage in golden showers, people started putting two and two together. “That’s why his color is so off”, “That’s why he kisses Putin’s ass”, “Filthy locker room talking DJT acting filthy…” “Obama is out. DJT, UR-INE”…… And it won’t stop. And DJT will be the butt of many, many jokes. And he knows it too.

If you are not a fan of Trump, don’t let this one die. Share the posts, comment on them. Hash tag away! It’s the best out there (at least until another one comes out, which is probable) and the way to get to a narcissist is to keep at what pisses him off. And in this case, it IS piss.