The Reason Your Husband ISN’T Jealous?

Posted by Stradivarian Me of Suburban Misfit Mom on August 4, 2016 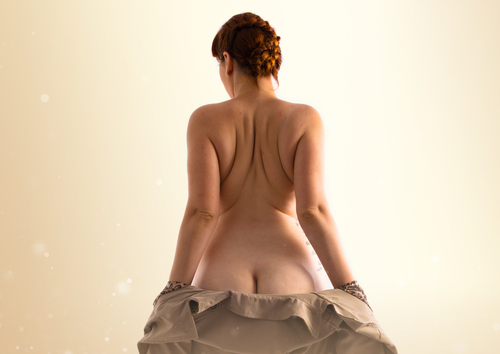 While many areas in my marriage didn’t jive, the most problematic was the lack of sex, which was a scenario I never could’ve imagined for myself.

Before marriage, I thought my mega-watt libido would be an attractive quality to my husband. And yet, I once picked him up from the airport wearing nothing but a trench coat.  Upon seeing me, my husband said, “Why the fuck would you wear a coat in Miami?”  I unzipped the outerwear to my waist, revealing my naked breasts.  “That doesn’t make any sense, “ he said rebuffing me with finality.  Deflated, I zipped up my coat feeling like a fool.

Before marriage, I thought my husband would be proud to have me on his arm, but I oftentimes elicited more lustful looks from our gay waiters than I ever did from my date.  Determined to catch his eye, I spent weeks prepping myself for a black-tie event: dress, shoes, hair, facial, wax (yes, even THERE), nails, etc.  I arrived at the event to his complete indifference, and even disdain: “What did you do to your hair?! Is that what you meant to do to it?”  While socializing with him and a group of his colleagues, his client, quite respectfully, said to me, “Forgive me for saying this, but you are one of the most elegant women I’ve ever met.  You have the timeless appeal of classic beauties like Ann Margret.” My husband rolled his eyes and shoved an hors d’oeuvres in his mouth.  I smiled politely, trying to hide my embarrassment.

Before marriage, I thought the attentions of other men would make my husband jealous or angry. A few years ago, we attended the wake of a prominent advertising executive in our area.  While catching up with hundreds of mourners, we were able to offer condolences to the deceased’s son, who was my husband’s friend and client.  In plain view of my husband, his friend copped a feel along the length of my body….from my hip to my waist to my rib cage around my shoulder blade and up to my shoulder and neck…grazing my breast along his overly affectionate trail and all in one swift move.  Feeling somewhat violated, I later mentioned the inappropriateness of his “hug” to my husband.  “I think you took it the wrong way. I mean, why would he do that?”  I didn’t understand.  The man who yells at me when his rice isn’t cooked enough and spits it out in disgust is now the same man who goes all zen on me when his friend feels me up in public?

So the worst part of a sexless marriage wasn’t the lack of fucking.  It was the way he made me feel inadequate in order to justify not having sex with me.

His method worked for the majority of our 20-year marriage. I was faithful to him. He told me he was struggling with E.D., and I believed him, waiting patiently for him to seek help for fear of offending his pride or ego.  I sought counsel from a therapist and then a psychologist to medicate myself out of my depression….when all along he had a four-year-old prescription for Viagra crumpled in his wallet.

Of course, it was never E.D. He was perfectly capable of pumping his hard cock in and out of another woman for 10 years…a fact I wasn’t able to confirm until after I left him, but typical of his narcissistic behavior.

So whether by design or default, he fucked with my head so he wouldn’t have to fuck with my body – stripping me of my femininity, sensuality, and self-esteem in the process.

And yet, I’m mostly angry with myself. I lost my sense of self while trying to please someone whose only pleasure was derived from subjugating me.

I’m thankful I didn’t waste another day living in that warped sense of normal.

And I’m happy to report that I’m once again confident enough to flaunt my mega-watt libido at black-tie events dressed as Ann Margret while fending off any inappropriate advances by my own damn self.