The Return of My Millennial, Episode 1

Posted by Jill Wexler of Suburban Misfit Mom on January 25, 2017 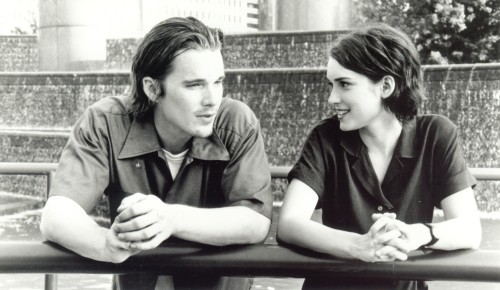 Doesn’t that sound like an ominous movie title?  Like you can hear the creepy-ass music building up, as you see scene flashes of a negative bank account, the cell phone saying “no service,” the harried mom yelling at the youngest child “your sister is moving home, you’re being moved to the laundry room,” and the gnashing of teeth as the movie-titled Millennial places a final beanbag into the back of a truck and turns to longingly look up at the apartment window she used to keep her “decorative vases” on.

Geez, why am I not writing for Hollywood?

Gnashing.  I don’t think we use that word enough in our daily lives.  And trust me, my teeth have been gnashing a lot in the past year.

A couple weeks ago, right before Christmas, my husband and I decided that the GirlChild was moving home when her apartment lease is up at the end of February.  Yes, we decided.  We didn’t ask her if she wanted to, but interestingly enough, we didn’t have to threaten her with auto insurance cutoff or anything.

We told her “at the end of February, you are moving home for at least three months to save money, get a plan together and go to counseling.”

This would be the part of the movie where the narrator would say “What the hell?  How is it that a 22-year old is so damned happy to give up her independence to move back home?”  And in the background, you’d hear the Twenty-One Pilots song gaining volume – “wish we could turn back ti-ime, to the good old dayyys, when the mom would sing US to sleep and now we’re STRESSED OUT.”

Segue.  Did you know that that song was the #1 song for 2016 in whatever countdown we were listening to on New Years Eve?  I just looked and it was #5 on the Billboard Top 100 for 2016, but still.  I feel like this song was the perfect soundtrack for 2016, Millennial or not.

So yes, our Millennial is moving home.  And even though yesterday she was bemoaning it with “it’s so embarrassing to have to move home” (as she did her laundry in her brother’s future bedroom), I could tell she’s still relieved.

She’s getting a redo.

A part of me is not happy about.

A bigger part of me has come to realize that the GirlChild needs the redo or else I will regret it.

But the redo has been carefully constructed with parameters and checkpoints (we don’t call them “life goals” because that’s too damned intimidating).  When checkpoints are met, the GirlChild will level up.

The reasons we have made this decision for her are, and in no particular order:

As I mentioned, a whole other article will be dedicated to the psychobabble because it’s a bizarre issue in itself.  And it’s a big issue.

But let’s talk about the whole “adulting” thing and why the hell this is such a problem.

We GenXers weren’t given lessons on adulting.  There weren’t “this is how you make a phone call to set up an appointment” manuals.

I wrote about how the village somewhat failed with the Millennials but I’m willing to own up to things we didn’t do quite right.  Here’s another article I am constantly referring folks to, which says a lot about how the GenXers have raised the Millennials.  Someone else who writes for SMM mentioned that the Millennials didn’t ask to be the Trophy Generation and doesn’t that just say so much about the GenX parenting village?

I was reading another blogger this morning and she mentioned movie “Pump Up The Volume” with Christian Slater.  I remember how twisted and dark that movie was and of course, I adored it, because I was and still am a bit weird.  But the mention of that movie made me thing of other “coming into adulthood” type movies we GenXers grew up with.

Any of those movies could have used the Twenty-One Pilot’s song somewhere and it wouldn’t have been completely out of place.

Which means the Millennials aren’t the anomalies in the quest to properly adult.  Seriously though, “Reality Bites” could be set in 2017 except that there will never be an equivalent to a 20-something Ethan Hawke.  My daughter could be the character Winona Ryder plays, especially when she’s lying on the couch moaning about how life sucks.

I think that our adulting lessons were so subtle, so part of everyday life, that we just assumed that our Millennials were getting the same lessons and that we didn’t need to “teach” them these things.  And I don’t think we realized that the “village” we had during the 80s was a different type of village; we just assumed our Millennials were learning what they needed.

Another example.  I remember working for good grades, taking the SAT and ACT and the prep courses and aiming for college because it was highly emphasized by everyone around me.  Granted, both my parents had attended college, but most GenXers were going to be first generation college students, and between their parents and their teachers, it was part of the culture of the village that raised us.  Plus, as a girl, it was doubly emphasized for me.

But I think it was assumed that our Millennials would go to college, so we backed off that emphasis in a lot of areas.  Think about how the tv shows from our youth made a big deal out of getting accepted to college.  The tv shows today may talk about college and grades, but it’s not the pervasive emphasis that we had.

And since we assumed they would be going to college, I think we also assumed they were prepared for it and life the way we had been.  There is a massive cultural difference in our GenX village and today’s village – from tv, movies, and social media to the materialism of cheaper products.  I whine about my Millennial not having any of the initiative I had at that age, but as I think about it, I’m realizing that my initiative was much more taught than instinctive.

I’m probably not making sense.  And that’s okay, because I’m still trying to digest that my grown-ass child is moving home.  And I’m struggling to understand all the factors that have led to this situation so I can work with it.

Stay tuned for the next episode, in which psychobabble plays a starring role!