The Teacher Who “Gets” My Kid

Posted by Melissa Jacobowitz of Suburban Misfit Mom on February 26, 2016 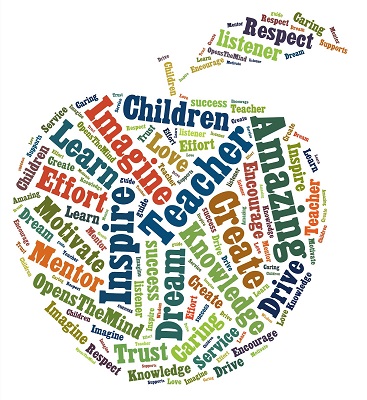 My son graduated from elementary school last spring. Fifth grade over and off to middle school he goes! It was hard to believe that these early school years have come and gone. He started Kindergarten at 4 years old and there he was….a 10 year old ready to enter the world of middle school. Glad my daughter still had 4 more years in the elementary school or else I would have been a mess!

The day after the graduation, I saw his 2nd grade teacher in the school hallway. For ease of communication here, I’ll just call her Mrs. 2nd.  It was perfect timing, as I had really wanted to speak with her. As my daughter was still in the school, I knew I’d see her eventually, but I was thrilled to run into her at that moment because I had wanted to thank her. Not just the standard “thank you for being a great teacher” or “my son learned so much in your class.” That stuff too, of course – but it was so much more than that. I needed to thank her for understanding that there is more to my son than the boy who couldn’t sit still or focus in class.

Mrs. 2nd and I exchanged pleasantries, mostly about graduation and how big the kids are getting. I finally gathered my courage and said, “I’ve wanted to thank you for understanding my son. I know he wasn’t the easiest, most attentive student – and all of the teachers throughout the years have been wonderful and amazing – but I felt that out of anyone, you just “got” him.” She looked at me, smiled, nodded in agreement, and said “Yes, I think I did.”  Without the non-verbals, it’s hard to envision, but Mrs. 2nd said this in an affirming, engaging and helpful way.  There was an understanding – she knew that she “got” him; and I knew she “got” him. We talked a bit about his challenges (stemming from the newly diagnosed ADHD) and the transition to middle school. Mrs. 2nd acknowledged that these next years of schooling may not be easy for him.

Her next words made me cry….I wish I wrote down her exact words, but Mrs. 2nd said something to the effect of that she speaks of him often.  She’s told others that they will read about him one day.  As I thought in my head “for good, I hope!” she continued with … He is not a mainstream thinker and doesn’t approach things like everyone else.  And it’s because of this that he will do something important. There are no shortages of ideas in his head and he approaches them with originality. The world needs this. These are the ones who go on to do very important things.

It was 3 years removed since my son was in Mrs. 2nd’s class and she still used these incredible words to describe him. You see, when you have a child who doesn’t do so hot in school – for whatever reason – obviously, you tend to hear more negative than positive. He isn’t focused, he can’t sit still, he is completely unorganized, he doesn’t know where his work is, etc.  And even if true, it’s hurtful.  And it’s even more hurtful when you know deep in your soul that this kid has so much more to offer than meets the eye.

On the surface, I really do understand.  I can see how he can frustrate his teachers.  He frustrates me sometimes!  I love hearing how cute, funny, adorable, sweet, etc. he is. Obviously, I completely agree – but he is SO much more! Why can’t people see what I see? Mrs. 2nd , though, DOES see this. She knows there is more to him than the deficits he shows in the classroom. She knows that those kick-ass world-changing abilities are “in there somewhere” and one day we’ll see what he is able to accomplish. She knows that he’s a really smart kid who simply does not learn and produce the way a school setting need him to.

Let’s rewind a few years to when my son was actually in second grade. A few months into the school year we had our first parent/teacher conference. The first thing Mrs. 2nd said as we sat down was “your son is smart.” The issues with attention, focus and organization were evident (this again was pre-ADHD diagnosis) but she recognized that he’s a smart boy. She recognized that he learns differently and knew that to a certain extent, “this” is who he is. Did it mean that he didn’t have to produce?  No, it didn’t.  Mrs. 2nd was not an easy teacher and by no means a pushover! She didn’t him slide and held him accountable – but at the same time, she tried to focus on those individual abilities, strengths and capabilities, as much as she could. She understood what he was all about – and that was all my husband and I were really looking for. Some confirmation from someone, besides us, that he wasn’t a lazy goofball.

As many of the same challenges currently continue in this first year middle school, the way Mrs. 2nd viewed my son over the years continues to get us through some of the tougher times. Knowing that there is more to him that meets the eye.  He is far from perfect, but has so much more to offer the world than what may appear in the daily classroom environment. When my son gets sad, discouraged and frustrated about school, I remind him of her words. The impact she made on all of us is real. While he might struggle during his school career, she understood my son’s strengths, whereas others concentrated on weaknesses.  She didn’t just think he was a disorganized slacker or avoiding doing his school work.

Mrs. 2nd is no longer a 2nd grade teacher, but luckily she is still in the school. When I found out that she was no longer teaching 2nd grade, I was immediately bummed that my daughter wouldn’t have the opportunity to have her as a teacher. My second thought was “but thank goodness that my son was in her class.” He needed her. We needed her.

Are we really close to Mrs. 2nd?  No, not really.  Were we her favorite, most involved parents?  I doubt it.  Was my son her favorite student?  Probably not.   Did she offer him services or extra help that others didn’t get?  I don’t think so.  But just the fact that she “got” him is the biggest gift we could have asked for.  She believed in him and his future.

Sometimes you only need one.  That one teacher who genuinely “gets” your kid.  Mrs. 2nd, I‘m here to tell you you’ve been that “one” to us.  We keep your kind and encouraging words in our hearts as we continue on our journey with our amazing “out-of-the-box” kid.