The Truth of the Full Picture Isn’t on Social Media

Posted by marisa of Suburban Misfit Mom on August 22, 2016 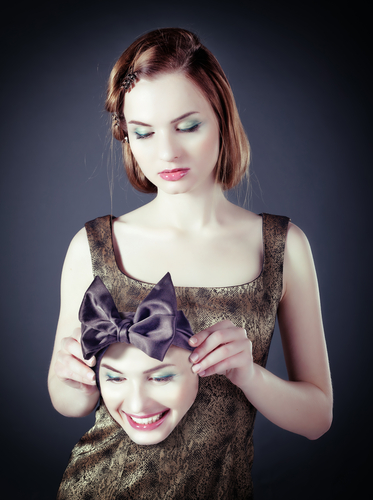 Don’t get me wrong. I love being a mom. I truly enjoy doing all of the fun activities and the active schedule that come with having a toddler. I love going to the park, enjoy taking a swim, and find it thrilling to play dress up and take fun, sequined-filled photos of my daughter in the old club clothing I wore in my twenties.  I make every day count, and I post adorable photos of my daughter and me smiling at music class, lounging by the pool, on the carousel in the mall, and just lying in bed watching the Sprout network. I proudly display images of my family having a fantastic time on vacation, out for ice cream, and at the beach.  I’m sure that to everyone it looks like I have everything in order. My house is clean, my child is smiling, husband appears content, and we are always going somewhere, doing something.  It’s the perfect life, at least, via Facebook and Instagram…but life isn’t social media. Life is also the moments that are too frustrating to capture on film. It’s also the times one doesn’t necessarily wish to share with the world. So while it may look like life is perfect, the truth is I don’t have all my shit together.

The truth is that on days when I don’t need to leave the house, I probably won’t shower until 3pm, and I probably smell terrible for at least half of the day. I also don’t wear pants most of the time. I walk around in a tank top, and faded cotton underwear with no make-up and tangled hair because no one is around to impress, and my kid is no better as she’d rather be in a diaper and nothing else when we’re at home. It’s not common knowledge that while my child eats a healthy breakfast I forget to eat until late, when I suddenly realize I’m starving, and proceed to shove a Peanut Butter & Fluff in my mouth of unbrushed teeth to keep from fainting. Sometimes I answer the door in a ratty pink robe. It’s true. Even two of our town’s police officers were greeted by the shabby pink robe when they came knocking on the wrong door.  I don’t wear makeup unless I’m going outside so usually I have dark circles that rival the raccoons’ who visit our dumpster. There was a time when I put on makeup within the first ten minutes following a shower. Maybe I don’t bother because I hardly get to shower until well past noon, or maybe it’s because my showers are so short that I forgot they actually happened. Who knows?

The truth is that more times than I care to admit, I call my husband telling him how horrible our child is behaving, and how miserable I am, even though I’m not really miserable. The truth is I just need to vent, and the most convenient way for me to do this is by harassing my husband who is out working, trying to make money. I call crying about how frustrating my daughter was for the last hour, and forgetting to praise how fabulous she was the first 4 hours of the day. After I hang up I feel terrible for having bothered him. I feel guilty about the concern I feel in his voice, and wish I’d never called him. Of course I cannot stop myself from doing it again, and feeling guiltier that I have the nerve to even complain when I’m lucky enough to stay at home to raise my child. I feel disgusted with myself every time I’m seriously angry at my toddler, because she’s two and doesn’t even know why she’s acting up. I hate myself for sometimes feeling like running away or believing I don’t deserve to be a wife, and mother, because my family deserves so much better. I abhor every time I feel resentful, because deep down I know I can’t imagine wanting life any other way. That’s right. The truth is that sometimes I feel like a bad person.

No one is going to see these moments. They are going to see photos of my child toy shopping. They are going to see us smiling after climbing into the adorable Hello Kitty big wheels. They are going to see us dressed up all pretty, ready to go to lunch, and dinner; not the disaster of an ending which involves, screaming, tears, quirked staff eyebrows, and take out containers.  No one sees that mother sitting on her closet floor feeling broken, and wondering, “What the hell is happening”. There are no IPhone videos of me carrying my kicking, screaming kid to the car with my teeth clenched, and fingers gripping my purse so tightly the knuckles have gone white.

The truth is, no matter how it may appear, like most moms, I don’t have all my shit together one hundred percent of the time. Life isn’t always the big dream I inadvertently put out there for all to see. People want to remember, reminisce, and smile about those wonderful moments, so it’s understandable that these are the memories we put out there for all to see, thus allowing the not so stellar, downright frustrating times to fade into the distance; those times just aren’t as important. It’s not a ruse. Most people aren’t being false or attempting to lie about their lives simply by putting the good stuff out into the universe.  The truth is it’s wise to rejoice in the good times, and focus on the bad as little as possible. The truth is I’m just a mom who tries her best to make every moment special, but there are times I fall short. The truth is I’m just a wife who wants to be perfect, but no relationship is ever perfect.  The truth is it’s important to remember the best of life, but it’s also important to know that what is shared is never the complete picture.