Posted by Tricia Jelonek of Suburban Misfit Mom on April 8, 2016 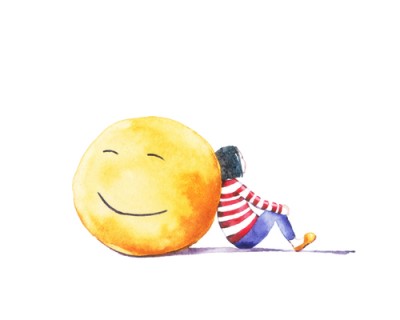 If I only had a dollar for every time my I heard my girls say, “I can’t wait until I have kids!” I would totally stop buying bargain wine, that’s for sure. The mother in me always needs to remind them that while spoiling any future grandbabies is high on my to-do list, I wasn’t planning on tackling that list for quite some time.  Let’s face it; at times I can barely hold my own shit together raising three teenage girls.  Throw one of them having a baby into the mix and we are talking complete and utter come apart…not pretty.  Then I remember what it’s like to feel that way.  I could not wait to be a mother myself.  I just knew I would be perfect at it… as in June Cleaver perfect.  Or maybe Carol Brady perfect.

Then, at the age of 24, it happened.  My oldest daughter was born.  And when the day came to take her home from the hospital, the nurse wheeled her little butt in the room and said “she’s all yours”.  After that, the nurse just left, leaving me alone with this tiny, small, projectile vomiting baby.  In case you were wondering, my ex tried to pull a no-show that day, leaving me solo on getting the baby ready to head home (reason #239 why I divorced his sorry ass).  I was so scared, literally having no idea what in the hell I was supposed to do.  I attempted to dress her in the “going home outfit” but ended up scratching her on the back instead.  She cried immediately, followed with some projectile vomiting and then I cried (seriously…have you seen a two day old baby projectile vomit?!).  I called down to the nurse’s station asking if they would come and take her back… they laughed… hysterically.

I would like to tell you that I magically morphed into the perfect mother after that, but… no such luck.  In fact, I may have set a new record in the world of mothering mistakes.  I once locked my oldest in the car when she was only 4 months old.  She sat safely secured in her car seat as I starred at my keys lying on the front seat, unable to get in.  Even the local fire department couldn’t jimmy the locks open.  Good news… I had an extra set of keys at the house.  Bad news… I was about 30 minutes away from the house…one way.  Add eating crayons, fish food, the cleaning solution you get when getting your ears pierced and two sets of stitches; you can pretty much sum up her first year.

My middle child did not come out unscathed by my lack of mothering skills either.  On the way home from the grocery store one time, I forgot to secure her car seat in the back seat.  I was about 10 minutes into the drive when I finally decided to investigate why her cries sounded so weird, almost muffled in a way (in my defense…it was a newer car).  The culprit… her car seat facing upside as a result of making turns.  Yes, I am probably the reason they invented infant car seats with a stationary base.  And if that wasn’t bad enough, another time her car seat fell right out of the car before I had a chance to secure it.  And yes, she was in it.  And no, the car hadn’t left the driveway.  At least she managed to escape her first year stitches free.

By the time my third daughter was born, I should have had this whole mothering thing down pat.  Besides being accidently stepped on at two days old by one of her big sisters and falling head first out of the back of a shopping cart, she actually weathered fairly well.  On the third child, your parenting mistakes are down to more important things like the time I forgot to leave tooth fairy money and take her tooth… two nights in a row.  Try having to explain that one to a 6 year old.  Honestly, the only thing that came to mind was… that bitch!  On a positive note, you get totally better at having to improvise in any situation.  Crap flies out of your mouth faster than that first glass of wine disappears.

I never quite mastered being the perfect mother.  I continued to make mistakes while my girls were growing up.  Hell, I am still making mistakes at my children’s now ages of 21, 18 and 14…but I don’t beat myself up over them.  The lesson that I teach my girls is simple; everyone makes mistakes, no one is perfect…our mistakes do not define who we are…but how we learn from them does.  And I’ve learned that it’s okay to be UNPerfect.  For the love of my life, it’s all my imperfections that make me so damn adorable (or at least I keep telling him so anyway). After all, life is meant to be series of mistakes; and I hope my girls learn to embrace each and every one of theirs.