Posted by Jill Wexler of Suburban Misfit Mom on July 6, 2016 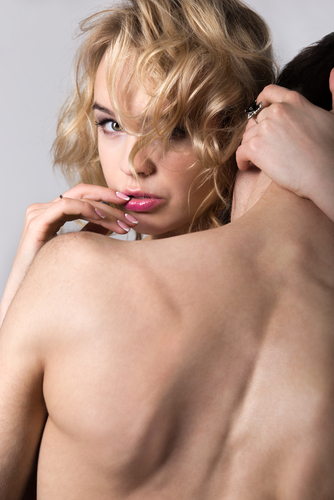 Ladies! Have you been keeping up with all the articles rejoicing at how wonderful our 40s are, how liberating our 40s are and how hormonally bizarre our 40s are? I truly feel like social media was invented for us…so we no longer feel in the dark about the craziness that is 40-something hormones.

We’ve all talked generically now about the above mentioned, but I’d like to share with you a little story of when Jill semi-lost the filter on her mouth. I totally attribute the loss of filter to these damned hormones.  People associate hormones with the sex drive and well, they’re not wrong, per se, but it’s oh, so much more. I feel like these damned hormones shifted my brainwaves a bit, just enough to eliminate that filter. And more so, these damned hormones plugged in a new app called “No Longer Worried About What I Say.”

I mean, honestly. There are things I never would have said before because A) I was too scared to, B) I cared what people thought of me too much, and C) I was afraid. Then one day after turning 40, my mouth just opened up and I realized, as the words were coming out, that I was not even the slightest bit embarrassed by it.

My favorite moment (but neither the first nor the last), which would have NEVER EVER EVER happened a few years ago, involves a volunteer group I’m a member of. There was (still is, actually, he didn’t actually die of embarrassment) a man running the local meetings. Let’s call him Matt.

Matt is older than me but not by too much, maybe 10 years. He’s got that soft spoken personality which is flat out adorable, right? Like Matt would be a cocker spaniel puppy if I had to transfigure him to an animal. But he’s got these leadership skills that makes people go “I like you, man, and I’d love to volunteer.” Because he just looks at you with those cocker spaniel eyes and says sweetly “Would you consider helping me?” He doesn’t start with “Hey I need…” Nope, it’s a “Would you consider…” Because he’s adorable.

And he’s not hard on the eyes. Has that clean cut, good boy look to him. And he freakin’ loves to volunteer and do good by people, especially kids. Which, as we ladies know, might possibly be the epitome of what grabs us by the heart and elsewhere.

That’s actually how I got suckered into this group years and years ago. He’s deadly that way. Throw in a really sweet smile, the eyes that SEE you, and the soft words “Jill, I’d like you to consider helping me out with…”

Sounds like I have a crush on him, right? You bet your ass I do. And until those damned hormones shifted, that crush was kept all nice and quiet and TO MYSELF. Also, I’m married, as is he, so you know, better kept to oneself.  But really, a harmless secret crush? Yeah, I harbored that for quite a while.

So one day, I showed up for this meeting and ended up sitting next to a young man in his late 20s (adorable in his own way, but….not like that) and we were chatting about something. All the while, I watched Matt set up for the meeting, conversing with another volunteer, when all of a sudden my mouth opened.

The kid (because 20-somethings are kids, right?) next to me did that snort/cough/exhale air thing and said “What?”

I realized I had said that out loud. I looked around and no one seemed to have heard it so that was good.

But no, my mouth opened again.

“Yeah, I have dibs on Matt if his wife leaves him or you know, dies. And obviously my husband too. You can’t have Matt, he’s mine. I called dibs.”

The kid started to laugh as he said “I don’t want him, thanks.” And just as he was finishing that sentence, who sidled over in front of us saying…

“Did I just hear my name, Jill? You talking about me over here?” In that soft, sweet, teasing voice (I forgot to mention he’s also somewhat hilarious and has a great laugh).

I heard the kid suck in air. Mind you, Matt is in no way, shape or form scary. I guess he could be considered intimidating seeing as we were all volunteering because he lured us all in with his soft spoken requests.

PRE-perimenopausal Jill would have blushed and stumbled over her words like “oh, yeah, um, we were talking about, um, the thing, you know like next week, that’s all.” You know, Classy Jill.

But nope. My mouth opened again as I blinked at Matt standing right in front of me.

“Yeah, I was just telling Jake here that I have dibs on you if my spouse and yours leave us or, God forbid, dies. I call dibs on you.”

I blinked. And then I felt my mouth slowly turn into a smile as he began to redden a bit. The kid next to me did the whole snort/cough/exhale air thing and ducked his head down to his knees, presumably to hide his laughter.

Matt opened his mouth and paused before saying “Well, okay Jill, I’m not sure what to say to that.”

“It’s okay. Just keep that in mind down the road if the unfortunate situation happens.” My smile had widened as I spoke, as he tried to maintain an unaffected look on his face.

He blinked again, gave a chuckle and nodded. “Will do, Jill.” And pointed to the podium indicating it was time for him to start the meeting. And kinda turned slowly and worked his way away from me.

The kid raised his head, looked at me and went “I cannot believe you just said that.”

Nowadays, it’s a well-known fact that Jill is crushing on Matt. I’ll have people come up to me and start with “I know you have Matt up on a pedestal and you think he’s all that but….” And I’ll just be nodding in affirmation.

Because suddenly I just don’t care anymore. I haven’t hurt anyone’s feelings. I’ve caused no harm. Discomfort for poor Matt maybe, but then again, maybe he’s flattered. I haven’t asked. I’ve had one-on-one conversations with him plenty since then and I’ve never brought it up again, but I feel like he hasn’t forgotten because sometimes I’ll say something completely innocent (although I can’t guarantee that my face is expressionless) and he’ll slightly redden and grin.

These damned hormones. But I say that in a loving, chuckling way.  Because by “damned” hormones, I mean fabulous hormones.

Think of how amazing high school would have been if I’d been confident enough to just say things like that. Or college? Or my entire 20s. Or 30s.

It’s liberating to not be worried that people might think I’m crazy or something. My filter still works with delicate situations; I don’t run around calling everyone in the Walmart parking lot an asshole for not pushing their baskets in to the corral the way I deem correct, even if it irritates me to no end. But I’m not really worried anymore about the inner me coming out.

Just an FYI, neither of our spouses have died or left us yet, so I’m still in limbo with Matt.