Posted by Deborah Notis of Suburban Misfit Mom on July 21, 2022 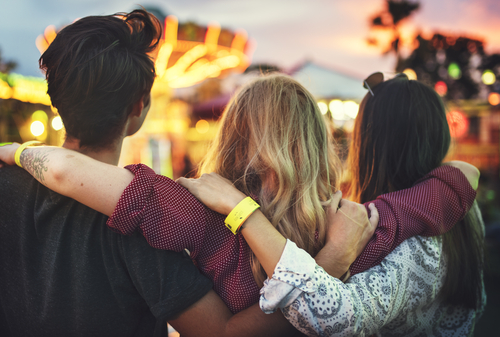 My second child cried as he boarded the bus six years ago for his first summer of sleep away camp. He wrote letters home about the pain and torment of sleep away camp, telling us he wasn’t “manly enough for this,” and that we must come and get him. And then, the second he came home, he started texting his bunkmates about the next summer, counting down every second until he could return to the lake. Six summers later at the same sleep away camp, he does not want to leave his “paradise” and come home.

This summer, my fourth child came home from his four weeks at camp telling me that his friends bonded more this summer than in the past two years. He suddenly considered these kids, with whom he spends a mere 30 days a year, some of his closest friends. He started talking about having his bunk over for a sleepover. He complained that he was not permitted to stay for the camp’s second session. When I explained that his brothers did not spend the entire summer at camp until they were much older, he argued that he is a particularly mature at 11-year-old. And besides, some of his friends were staying. We ended in a stalemate.

Coming home from camp can be likened to a re-entry into mainstream society. Yes, the kids are leaving a hopefully happy place; not a prison. Yes, for most of them this is not their first rodeo. Yet as they enter their teenage years and become more attached to their camp friends, each homecoming becomes more challenging. For the kids and the parents.

So many factors play into this. Camp should be a non-stop, parent-free party, filled with all of your favorite activities and non-stop playdates. While camp can be a learning experience for many, it can also help you to grow up and find yourself without the shadow of siblings, parents, teachers, and schoolmates. You have the chance to re-invent yourself for a few weeks, which can be quite empowering in the pre-teen and teenage years.

As I write this, I am scanning Facebook pictures of happy parents hugging their children who just returned from sleep away camp. Tomorrow, my second child comes home from his last ever summer as a camper. As much as I miss him, I am dreading his return. After seven weeks of pure joy, never-ending parties, hanging for hours at the lake, coaching and playing sports, and endless laughter with “his peeps,” I know he is not excited to re-enter mainstream society. He texted last night to tell us that he plans to return next summer. I held my tongue, contemplating whether or not to ask the director to keep him until next summer. We could visit on weekends and every other Wednesday. Wonder if the camp would go for it?