Too Close For Comfort

Posted by Ailish Delaney of Suburban Misfit Mom on March 13, 2017 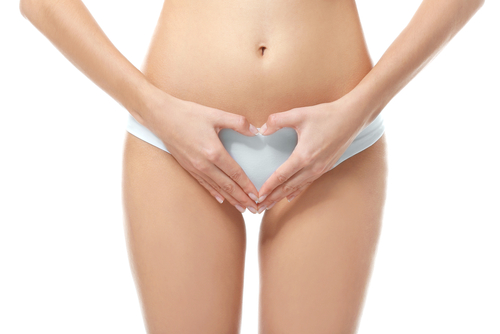 The day had arrived. When I had set the date, I hadn’t really thought too much about it but as it drew nearer I began to get nervous. I mean, it’d been three years! What if I forgot what to do? How to behave?

I spent the morning preparing – long soak in the bath, legs shaved, bikini line trimmed and a quick tidy up elsewhere. I even shaved my underarms, although I had no idea why. Maybe I would be grabbing hold of the head of the bed to steady myself? Who knows? Then I had the dilemma of what to wear? Jeans? Hmm…a bit tricky to get off and on in a hurry. Skirt? Easy access but it was really cold out. I could wear tights but same problem as the jeans, plus they might get laddered in my haste to get them off! Jeans it is then.

I arrived in plenty of time and announced myself to the receptionist. I was half expecting her to say, “Mr Grey will see you now,” and knowing my luck I would fall through the door and land flat on my face, an older version of Anastasia Steele.

“Miss Delaney?” The receptionist looked at me over the top of her glasses and pointed to a door. Ok, this was it. First time in three years…

“Hello, Ailish, could you remove your clothing from the waist down and lie on the bed?”
I tried, I really tried, but my stupid mouth just wouldn’t behave.
“Pfft, are you not even going to buy me a drink first?”

See, when I get nervous I make jokes. The nurse clearly didn’t share my sense of humour. Then I realised to my horror that I had put on possibly my worse pair of knickers ever! Granny pants which kept my tummy nice and warm. Shit! Now what do I do? There’s no way I was putting those on the chair next to me, on full display for the nurse to see. I’d be mortified. Why hadn’t I worn my little lacy numbers which are stuffed at the back of the drawer at home, only to be brought out as lucky date pants? They are mere wisps of material which would fit nicely into my hand. But no…I had to try and ball up oft-washed, saggy-elastic monstrosities into my fist. It looked like I had a giant boulder in my hand, ready to launch if the nurse hurt me!

“Ok, so if you could bring your heels to your bottom and flop your knees apart…”
“Or flowers? I like flowers.”
Bloody hell Ailish, shut up!
“Now, this might be a little uncomfortable, but just breathe through it.”
“Are you kidding me? This is the most action I’ve had in a long time!”
Tumbleweed rolled across the room as the nurse did her thing.
“Ok, all done, you can get dressed now.” She said, handing me a tissue.
“Not even time for a ciggie before I go?”
Sweet Jesus, I don’t even smoke! What was wrong with me? Maybe I needed to pop next door and see the Dr. for my verbal diarrhea.
“You’ll hear back in about two weeks.” she said, clearly anxious to get this mad woman out of her room.
“You’re just saying that to get rid of me.”
FFS, what was wrong with me?

Actually, I know exactly what was wrong with me. I was nervous. Five years before, a routine smear (or Pap as they call it in America, which is much nicer, I think. Pap makes me think of Smurfs – Pap Smurf – whereas a smear just sounds like you didn’t wipe properly) had come back abnormally, and, knowing the statistics, I breezed through the follow-ups, the colposcopy, the biopsy, and even the Lletz treatment where they had removed part of my cervix.

So blasé was I that I had remarked, as the flesh-scented clouds filled the room, (they burn the affected area) that no-one had better be smoking down there! I held it together through all of that.

Until the consultant told me I had cancer.

There had been no symptoms. No pain. No irregular bleeding. Nothing. And yet, here I was, in a side room with a concerned consultant, being told I had cancer. Actually, to be precise, I had had cancer. The amount of cervix they had removed had been biopsied and they were confident that they had removed all of the affected area. In fact, the cancer had been caught at its earliest stage, just as it has started to penetrate the layers. I’m not sure of the terminology as I had not been expecting that at all, so I kind of switched off at the word ‘cancer’.

I went home, feeling as if I had dodged a bullet. I looked at my children, who could so easily have been left without a Mum. Many times over the past five years I have looked at them and filled up, thinking that I could so easily have missed this moment or that moment. I now have two beautiful grandsons – I might never have lived long enough to see them had it not been for that smear test.

And so that is why I was nervous. And that is why every woman should get their smear tests regularly. Joke about them if you must, make light of the whole experience – it’s a few seconds of…well…nothing really (rather like one or two ex-boyfriends I could mention) that could save your life.

I’m still waiting for the results of my last test. I’m fairly sure I may have driven the poor nurse to an early retirement, but whatever the results I am prepared for them this time. I have no reason to think it has returned – no symptoms whatsoever – but then, I didn’t have any last time.

So, what I am trying to say is, PLEASE get your smears done ladies. Don’t wait until you think there is something wrong, because, if you have symptoms, it may already be too late.

It’s a no-brainer. Again, just like some of my ex-boyfriends.