Posted by Nathalie Laitmon of Suburban Misfit Mom on July 21, 2022 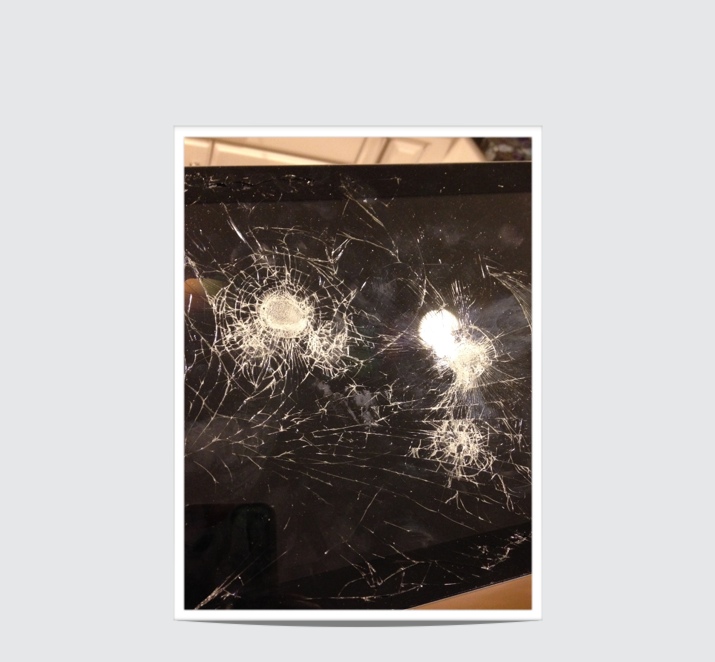 This disaster of a photo naturally prompted me to call up my good friend, Annie, immediately. Breezy and ebullient, Annie sounded as though she’d just returned from a spa weekend, and as relieved as someone who’d just had fulfilling sex.  But, she soon explained, it was the bashing of this iPad that helped rebalance her inner sanctum.  Annie described to me how, after the removal of said iPad triggered her son’s Pompeii-sized meltdown, she cooly took a baseball bat to The iPad – That Senseless Forager of Children’s Souls – not once but three times and then posted its image on Facebook, letting the whole world know what she’d done.  You see, her family had hit rock bottom.  To this day, Annie attests she would still risk her kids having PTSD in exchange for the lasting impression made by her strike against the iPad.

Everyone at home knew mom went nuts, that’s clear.  The kids demanded apologies, and held a grudge against my friend for weeks, but Annie insisted on keeping the evidence out on the coffee table. Each day, the iPads’ bug-eyed glass splintered face would greet Annie’s two imps off the bus from school; they’d sigh heavily and hit the arts and crafts tables.  Then the books.  Then the legos.  But no technology, no iPad…Only the ghost on the table.

Annie says her household is finally hers again.  She breathes in precious silence when her two kids aren’t yelling and ripping each other’s hair out.  She says in retrospect, they had a mild obsessive compulsive disorder brewing in their family.  The kids were concocting new manipulations just to have another minute alone with the iPad.  Did I mention that this happened to be Annie’s husband’s iPad from work and that he was not too thrilled to hear about how his wife effectuated change at home?  But for her part, Annie says there was nothing she’d take back. The baseball bat couldn’t agree more.