Posted by Michael Badger of Suburban Misfit Mom on November 2, 2016 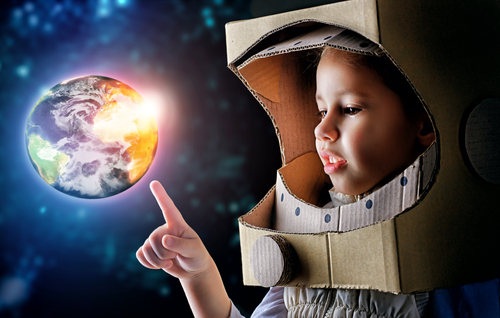 The time for showing you facts and figures is done. They have not swayed you. Now is the time for shaming and debasing. You’ve been shown the bare, bloodied facts and yet you continue to vote no. I want you to know that I know. I know who you are and I know what you’re doing, or should I say not doing. Here’s what I know: Historically, people without children and people with grown children are more likely to vote no on school bonds and tax initiatives. Sorry but it’s a fact. Right now in our county and many others around the country, a major tax initiative needs to pass in order to fund new schools and repair the older schools that are crumbling around our teachers and students.

Some of you voters are part of the Greatest generation, quite a few more of you are part of the Quiet generation, and a hell of a lot of you are Baby Boomers. You’ve all accomplished so much in your lifetimes and you’ve clearly done your fair share of contributing to this great republic, but you’re not done. Your job here in the greatest country on earth is not finished. You must remember that the wars you fought and the rights you’ve won mean nothing if you leave behind a legacy of broken down schools and abandoned educators. You have a moral obligation. Don’t you get it? As long as you vote, as long as you breathe air, as long as you call this country your home. You are not done.

If you were wondering, yes I know that my generation is just as guilty. The earliest members of my generation, Generation X, (born after 1961) are also a big part of the problem. To you, Gen X’ers, I have one question: How dare you? Don’t answer that, I asked that question for effect. I already know how you dare. What I should be asking is how do you sleep at night. That’s something I want to know. How do you live with yourselves? You are part of a generation which has experienced the same overcrowding and the decline in funding for public education, yet you feed these young generations scraps from the table and make them pay for the privilege. You, too, are the ones who vote no on school bonds and tax initiatives. You, too, are the ones who claim your kids are out of school so why should you pay for someone elses children. You my friends are part of the problem.

It’s no secret as to why tax increases for schools don’t pass. You don’t want higher property taxes or higher sales taxes. In a small way I understand that. Maybe your kids are out of school, maybe you’re retired and on a fixed income. I understand those things and I’m not unsympathetic to that. They’re terrible reasons but I get it. We’re all a little bit selfish like that. But right now our schools are experiencing an unprecedented amount of overcrowding and under-funding. Our schools are fighting for their lives. But you… you won’t lift a finger to vote for a half percent raise in sales tax to support our future generations. A half of a percent.

Here’s something else I know. If you have grown children who are out of school, someone paid for your kids education. Before I had my own children at age 35 I had no reason to vote for school bonds. Yet I did. I did because I recognized the need for educated citizens. Now do you get it? I helped pay for your children’s education. I paid and so did many others. I first started paying taxes in the late 80’s When I enlisted in the Army. I also paid taxes on my Army enlistment bonus. I paid sales tax on the sweet-ass Nissan truck I purchased and promptly wrecked. Though they were infinitesimal, my young tax dollars were part of the collective that helped pay for your children’s education. The thing is everyone is paying for someone else at the dinner table. Just as someone else is paying for another generation’s social security. I paid my taxes and I voted for schools. I didn’t pay for scraps. I paid for your kids to have a good education. We all did. Now it’s your turn. Yes, it’s your turn again. This isn’t a one shot deal. Now I’m the one with a 4th grader and a kindergartner and I’m calling on you to do the right thing.

You’re all getting old. You won’t be here forever. Neither will I. I’ve already got one toe in the early bird special. So let us all look to the future we helped create and think carefully about our legacy. Think about the world twenty-years from now, thirty years from now. What do you want the world to know about you? That you saved a school? Or that you saved yourself a few bucks. Vote for the future or damn what you have already accomplished.