Posted by Amber Pittman of Suburban Misfit Mom on November 21, 2015 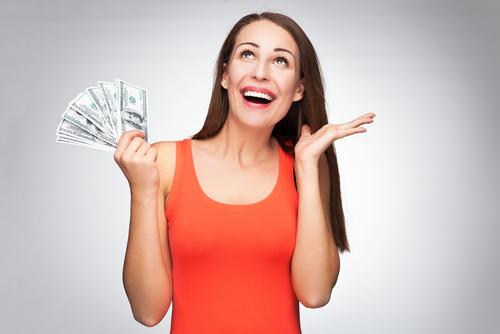 I used to love dating. It was so different from being married, and so much fun to get to know new people and get dressed up and have someone dote on you. Plus, you didn’t have to cut anyone’s chicken fingers for them (hopefully), which was a nice change. But pretty quickly it became apparent that most guys had a lot of pretty foul assumptions about dating single moms.

We are looking for someone to take care of us financially

While I might not be counting my millions, I am certainly not destitute, and I have managed to take care of myself and my kid just fine. My guess would be that I am the norm, not the exception to this rule. I am sure there are sketchy chicks out there looking to get their rent paid, but most single moms are not like that. We pride ourselves on our ability to show our children that you can do whatever you set your mind to.  Worse, when you ask these men where they work, or if they still live with their mom (a depressingly large amount of them do), they get all mega pissy and accuse you of being shallow and materialistic. Just because I don’t want a man-child I have to drive to his friend’s house doesn’t mean I am materialistic. It just means I don’t want another kid around the house to take care of.

We are trying to steal their sperm

I actually had a guy use that term before and I found it quite amusing. A lot of guys think that single mothers are just trying to get pregnant again and have another Baby Daddy around to pay child support and take care of them. I wonder if Kanye’s song Golddigger is playing in their heads as they say this “was supposed to buy your shorty Tyco with the money…” They assume that women always want more children running around, and why wouldn’t we want THEIR children. Personally I don’t want their children, and I can’t imagine many women would want children with a man who uses the phrase “steal my sperm.” I should probably check back in with that guy and see – just out of curiosity.

We are looking for a Daddy for our children

Look, we all know there are deadbeat dads out there.  We probably have friends who are dealing with one, or maybe you’ve got one yourself – dudes can be the worst – but many of us have ex’s who are involved in their children’s lives, who pay child support and didn’t divorce their kids when they divorced their wives.

I know people on both ends of that spectrum, but even the moms who have absentee fathers to deal with aren’t walking around looking for a Daddy for their kids.  My child has a very active father in his life, but growing up, my bio-dad was very absent. When my mother remarried, that man adopted me and became my Daddy; and though I don’t know for certain, I seriously doubt they had a discussion about how she was only dating him so I would have someone to take me to Daddy Daughter Dances in elementary school.

I am no fucking damsel in distress – let’s get that clear from the start. If my confidence in myself scares you then I invite you to move along to someone who is needy and desperate and full of drama. You won’t find that shit here. I am not going to smother you or beg you to pay attention to me; in fact, I prefer if you weren’t those things. I don’t need anyone in my life, but guys have this Hollywood image of a single mom: women with messy hair and wandering around in a constant state of confusion and helplessness. You want that kind of single mom, she’s probably out there, but she’s not hanging out with me.

This is probably the biggest misconception around; that if a woman is a single mom she will automatically be easy to get in bed. I am only easy to get into bed when it’s nap time, otherwise you have to work a little harder than a dinner at Longhorn where you say ‘excuse me’ after you belch to see my goodies, and once again, I am not the exception to this, but the norm. If anything, single mothers are probably harder to hook up with than chicks without kids because we have more to worry about than just ourselves, and in general are more responsible. If you’re just looking for someone who is DTF, there’s an app for that.  It’s called Tinder.

I’d like to say that single moms are no different from any other woman out there, but that would be a lie. We are more independent, pickier and less likely to take anyone’s shit. After all, men come secondary to our children. Most of us would like a man in our lives, but we certainly don’t need one.