Whatever Happened to the Sisterhood?

Posted by Ailish Delaney of Suburban Misfit Mom on September 16, 2016 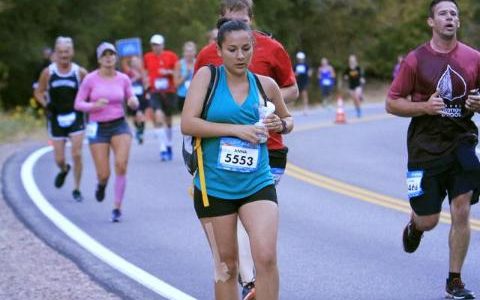 Reading posts on social media these days is depressing stuff if you’re a woman.

Just when did it become the norm for women to hate on women?

I recently got into a verbal altercation on Huff Post’s Facebook page over an article about a lady called Anna Young, who was pictured pumping breastmilk as she ran a half marathon. I mean, I am in awe of this lady – what a woman!

Anyone who has ever breastfed will know that when your breasts become engorged, they hurt. Like, they really freaking hurt. And if you don’t feed or pump, then you will leak enough milk for Cleopatra’s bath time.

Anna’s baby was only five months old. Can you imagine? Running a half marathon five months after giving birth? I couldn’t even run for a bus five months post-partum.

You would think that women everywhere would applaud one of their own for having the guts and stamina and fire to get out there and manage to combine motherhood and life.

Sadly, there seems to be a huge undercurrent of female misogyny in the world today. Respondents to the Huff Post’s article bandied words like ‘attention whore, dumb, and unclassy’ about this young mother. They even accused her of neglecting her baby by running! Wtf? Is a mother not allowed to have time off? Is she not supposed to have a life without her baby attached to her? Not forgetting the fact that, by pumping as she ran, the ones who accused her of neglecting her baby couldn’t be more wrong!

Anna Young didn’t ask to be photographed. She didn’t pose for the photo and she didn’t even know she had been snapped until she saw the photo later. She was just doing what most of us strive to do – maintain some sense of ‘self’ whilst being an awesome mother.

The most laughable and ignorant argument about breastfeeding in public in general, and this story specifically, was the one in which breastfeeding could be compared to male urination. One woman’s argument was that if a man had a urinary infection could he then whip it out and urinate? Seriously? For one thing, if anyone has a urinary infection they shouldn’t (and probably couldn’t) run a half marathon. For another, urine is a waste product, breastmilk is not. And likening a nursing mother’s breast to a penis? Wow. There is some twisted shit going on there.

And it is usually women who have a problem with it, not men. Are these women so afraid of their man seeing another woman’s boobs that they have to victimise the woman? The story about the woman who sprayed another woman with breastmilk when she was asked to cover up because it made the woman’s husband uncomfortable? Lady, if your man can’t control himself when he sees a flash of skin then you need to be sorting him out, not the mother feeding her baby.

It’s a sad indictment on womankind, when we can’t support each other. Even if we don’t agree with another woman’s actions, if they’re not causing us harm then why don’t we just look away? Instead of this culture of shaming, and victim blaming, we should be building each other up, not tearing each other down.

“A candle loses nothing by lighting another candle” James Heller