When Not Having a Penis is Heinous, According to Your Mum

Posted by Ailish Delaney of Suburban Misfit Mom on May 23, 2016 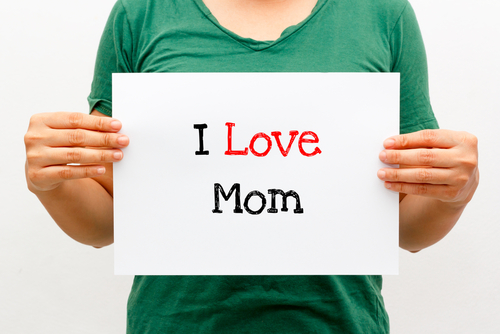 My mother. I love her, don’t get me wrong. I really do. But it’s a complicated relationship. I think my main crime is being born without a penis. Which I really didn’t have a choice in.

At any given opportunity my mum would interject conversations with comments such as ‘I’d have had 10 boys to one girl any day’, which, although I’m sure was music to my brother’s ears, was the equivalent to a red mark in a school book to my older sister and I. The most incomprehensible part of all this is that, whilst my sister and I did nothing to incur this displeasure, my brother brought all sorts of misery and heartbreak to my parents. But he was still the golden child. I could never figure it out.

Her disappointment in me has continued into adulthood – nothing I do is good enough. For instance, having lost a considerable amount of weight, I bought a new dress and, during a visit, decided to put it on and show her. She looked me up and down.

“That would look lovely if you lost that bulge around your middle”.

My self-esteem deflated even more than my body had. I had lost over 50lbs. She wasn’t finished there though.

“You should see your brother, he’s lost 6lbs, he looks great.”

More recently I was having a conversation with her on the ‘phone. I was telling her (because I knew she wouldn’t approve and I get a perverse pleasure out of it) that I was now sporting a nose ring. She’s the only person I know who can even sigh in an Irish accent.

“You see? This is why you end up dating gonks*. You’ve a ring through your nose like a bull, your hair is weird colours and you’ve tattoos. You’re nothing but a bloody hippy.”

To clarify, the ring is small and in my nostril, not in the middle, my ‘weird hair’ is simply dark brown with red and purple streaks, and my tattoos are small and discreet. But to her that all amounts to me ‘asking for it’ when I meet a man who turns out to be a weirdo. Weird is as weird does.

Cleaning is the other HUGE bone (no penis pun intended there) of contention. She lives in a show home, I live in a home, (my own home I hasten to add, not a home for the criminally insane, although sometimes I feel like it should be). When she arrives here for a visit, before she has even taken her coat off, she starts cleaning. Now, I have to explain that my house is not dirty. I vacuum, I polish, I wash, but I have far more interesting things to do than spend my days scrubbing and tidying. I do what is necessary and no more. And she’s an insomniac, which means that I have stumbled across her at 5 in the morning scrubbing my kitchen floor.

Out shopping with her one day, the conversation went like this –

“Where do they keep the dishcloths in here?”

“Well what do you use to wash down your surfaces with?”

“Sponges Mum, as you well know.”

“Well I want to buy some and take them home with me.”

“I’ll put you in the fecking bin.”

I won that particular battle but lost the war, as she bought bottles of bleach (I don’t use it as I can’t stand the smell), polish (I use a wet cloth), soap powder (I use soap nuts, being a ‘hippy’ and all) and washing up liquid (again, I use soap nuts to make my liquid – if you’ve never tried them, do…they are completely natural and save a fortune on cleaning stuff, not to mention the environment). But when I tried to explain to her what they are, she replied that she didn’t trust all that natural stuff and would far rather use something that foams up (as in, full of chemicals). It is of interest to note that, when she is at my brother’s house, she wouldn’t dream of so much as lifting a coffee cup off the table to wash it (presumably because his house is so much tidier than mine, although I suspect it’s because his wife wouldn’t stand for it). At chez hippy you have to hold on to it with grim life and not put it on the table or floor because, even if the steam is still rising from it, she will whisk it away and wash it up. And when you go to make another drink you can’t because all the cups are filled with the bloody soap powder that she bought earlier, because it gets the non-existent stains out!

My one saving grace, the light at the end of a long tunnel which smells of bleach, is the thought of a bottle of red wine and a take-away when I get the house back under my control. When I can leave the washing up until the next day, and not empty the bins until they’re actually full.

It’s glorious, untidy, me behaviour. And I love it!

*A gonk is a doll-like toy, more commonly called a troll, with brightly coloured hair which sticks up in the air. As most of the men my age have little to no hair this couldn’t be a less apt comparison.

[…] and having a peek. To give you an idea of what’s in store, grab a coffee and have a look at my first article, and while you’re there have a look around, as it is full of articles by some very talented […]