Posted by Roseanney Liu of Suburban Misfit Mom on June 3, 2016 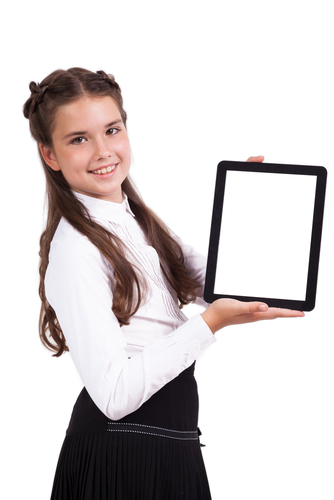 Shortly after winter break I volunteered in my younger kid’s kindergarten classroom and overheard a classmate of his telling the friends around her and the teacher that she got a Hoverboard for Christmas. She’s six. The Hoverboard is $400. It is a toy that has had, literally, a number of flare-ups as the faulty battery would catch on fire, putting the rider’s in harm’s way. Did I mention she’s six? And that the toy is $400?

Several months later during one of my volunteer days I overheard another kid telling a classmate he has his own i-Pad. He had to emphasize that he has his own to the kid he was talking to for whatever reason I couldn’t understand as I did not hear the part of the conversation before that. He’s also six.

I have to ask myself a number of questions when I hear about kids as young as kindergarteners talking about their latest material acquisitions:

Well let’s look at my own motivating factor for caring in the least first. I care about this topic because, like it or not, how kids are treated at home will affect their peers, my kids, age 9 and 6, being two of them. A kid that is spoiled rotten and gets away with most things at home would come to school expecting the same treatment and some point, that spells headaches for the teacher and the classmates.

Having said that, can a child who gets whatever they want materialistically be a good kid and still behave fairly and nicely on the playground? Sure it’s possible. A child’s learned code of behavior may have little to do with the material things with which he’s gifted by the parents. But it is a little annoying to have to hear my kid pout, “Well, so and so has had their own i-pad for two years and I don’t even have one yet!” and then me having to say like a broken record, “I don’t care about what so and so has. So and so is not my kid and my kid doesn’t need a $300 device just because her friend has one.”

Eight times out of 10 shopping at Target or Rite Aide for essentials, we are attuned to telling our kids, “No, not buying that today” whenever they ask for this or that little toy. I don’t know why by now they haven’t learned that buying paper towels and laundry detergent does not mean they automatically get whatever hot toy of the week they see on the shelves; and sometimes, it’s not even some interesting popular toy – sometimes it’s a random tchotchke type of item you might see at the Dollar Tree. It may be only $5 or $10, but I don’t need my kids developing the habit of expecting to have new toys every time we stop in Target or the neighborhood convenience store. So in light of this, we do kind of spoil our kids a bit for their birthdays and Christmas when they are very likely to get 1 or 2 items on their wish list, which thankfully, is usually short to begin with. And sometimes we do go out of town on or around the kids’ birthdays so they can enjoy the pools at the resort, eating out for a couple of days, and sleeping in inside a nice hotel room. Insofar as material gifts go, my 6-year-old has been happy with getting a $20 DinoBot or Transformer toy for Christmas and my 9-year-old has gotten a $130 sewing machine on her wish list when she was taking sewing and fashion design classes and it made sense for her to have her own machine to practice with at home. In the past they have also asked for affordable things like roller skates, skateboards, (plastic) ninja swords and costumes.

But now my (almost) 9-year-old daughter is asking for a mini i-Pad, a new one costing $300 and older versions carried on Groupon for $150.

Can my husband and I buy her a mini i-Pad ten times over? Yes.

Do we want to simply buy her one to stop her incessantly asking for it? No.

As the wish list gets more and more expensive, I find it more imperative that kids as young as 5 should start earning the things they want.  Whether it’s a $10 toy at Toys R Us or a $300 device from Apple, they need to show me that they have made an A-grade effort to earn it. Short of earning a small allowance from the parents or doing odd jobs for neighbors like walking their dogs or feeding their fish they are out of town, kids can still earn a little money and learn the value of it at a young age by doing things they already should be doing and at home like doing their homework, studying for tests and doing well on them.

Many parents will contest the idea of “treating” kids with monetary rewards for their doing things they should be doing already such as the household chores they are able to do (e.g. making their beds each morning, taking out the trash, putting dishes away, walking the dog, etc.). What I’m saying is that if a kid is not as old as my 9-year-old who’s held a cookie and lemonade stand to earn $50 profit to buy the Amazon Fire device she wanted (and yes, Dad and I kicked in the extra $30 for the balance); if a kid cannot make trinkets and bracelets and stuff on a sewing machine which she then sells to classmates for a small profit; if a kid does not have the products, the means, the ability to earn money from people outside the family – then, a small allowance given them for doing the things they can do is reasonable so that they can see the accumulation of their own wealth.

Although I did not earn an allowance from my parents when I was a kid, I did start working part time at the age of 14. Earning minimum wage $4.25/hour as a clerk in the local city’s recreation department, I was able to start my own checking account that summer. My mom would drive me to my job in the afternoon as soon as summer school class ended at 12:20 pm and my job started at 1:00 pm, and at 5:00 pm I would take the bus home. After that summer, I would continue to do odd jobs and babysit for families in the neighborhood, growing my bank account and occasionally spending some money on clothes and accessories. I learned the value of money as a young teen and how good it felt to be able to earn and spend “my own money”.

I started doing the following only a few weeks ago after seeing a creative idea on social media so the full effect of it is still yet to take shape:

My kids each has three mason jars labeled “Save”, “Spend”, “Donate”. When they are given a substantial amount of money from relatives for birthdays and Christmas and for doing focus groups, say $50 or more, they are to put 60% of it into the “Save” jar (and after some time I would put the money from that jar into their savings account at the bank); 30% into the “Spend” jar which they may spend on whatever toy they want once they have earned enough money for it; and the remaining 10% into the “Donate” jar which after some time when the amount becomes substantial, they may donate the money to whatever charitable cause of their choice, be it something for rescue animal shelter, for a local cancer support group community, for a non-profit that helps put the homeless back in employment and permanent housing, etc.

My daughter is about $100 away from having saved enough money in her “Spend” jar for the mini i-Pad. After a couple of cookie and lemonade stands this summer, and if she’s recruited to participate in another focus group for kids, which is something she’s done a few times in the past that earns anywhere between $60-$100 for half hour to an hour of her time (and my time driving her), she will have enough to earn the coveted device.

The idea is hardly refutable that a kid earning the thing she wants, after she’s had to work for it and save for it, will realize the sweet harvest of her diligence.  Will she get something else cool from Mom and Dad for her June birthday? Yes, of course. But she will continue to earn her way via whatever legitimate means a 9-year-old can make money and save it to get that mini i-Pad she’s been eyeing.

Helping kids understand, and master, that earning the things you want in life, takes time, serious effort and some creativity is worth the thousands of “No, I’m not buying that for you today” that we as parents have said to them. 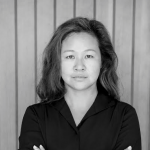